Add to my prospectus Why study this course? More about this course Entry requirements Modular structure After the course How to apply Meet the team Visit us

Why study this course?

Our Documentary Film Production MA is an innovative course led by industry experts. It is designed to embrace traditional, new and emerging forms of storytelling. You will witness how the way we make and watch non-fiction film, television and online content is changing, and will continue to do so.

Documentary filmmaking is currently a very fluid medium. In light of this your specially tailored modules will cover a host of areas, allowing you to learn how to develop crowd-based productions, interactive and virtual reality content, as well as how to shoot cinematic content using the latest cinema cameras. With access to excellent equipment and resources, there is a strong practical focus to the course with a large number of hands-on workshops. These will ensure that you gain confidence in all technical aspects of the production process. 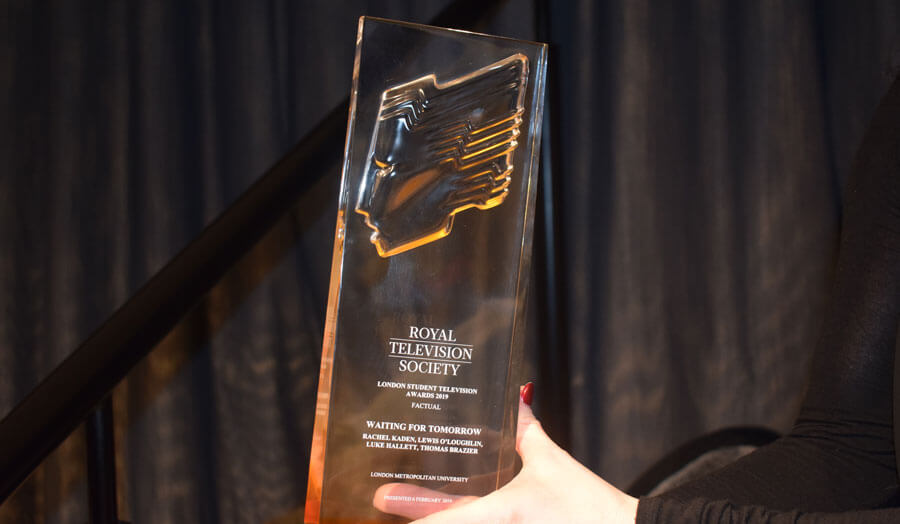 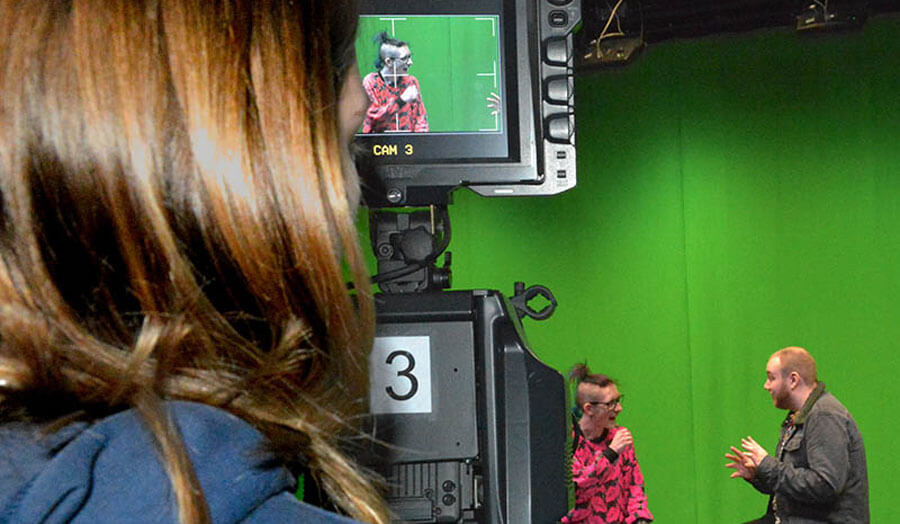 Filming an interview in the TV studio. 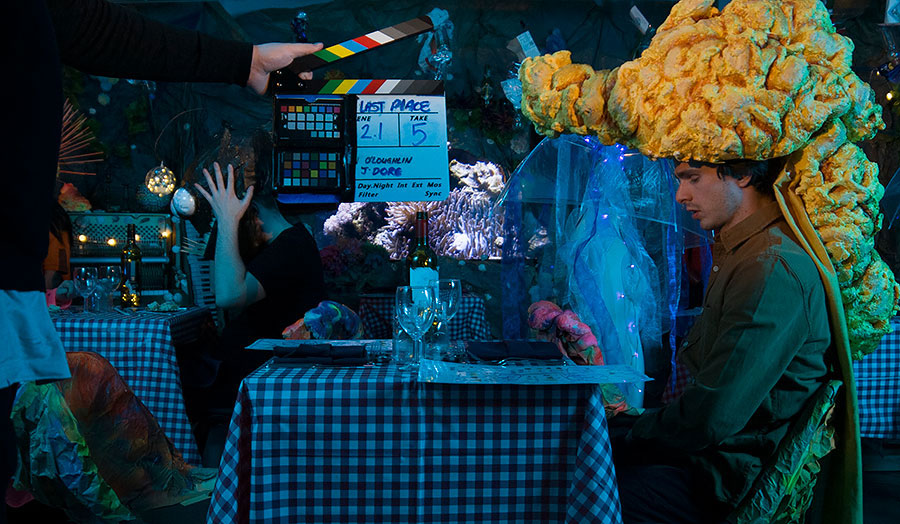 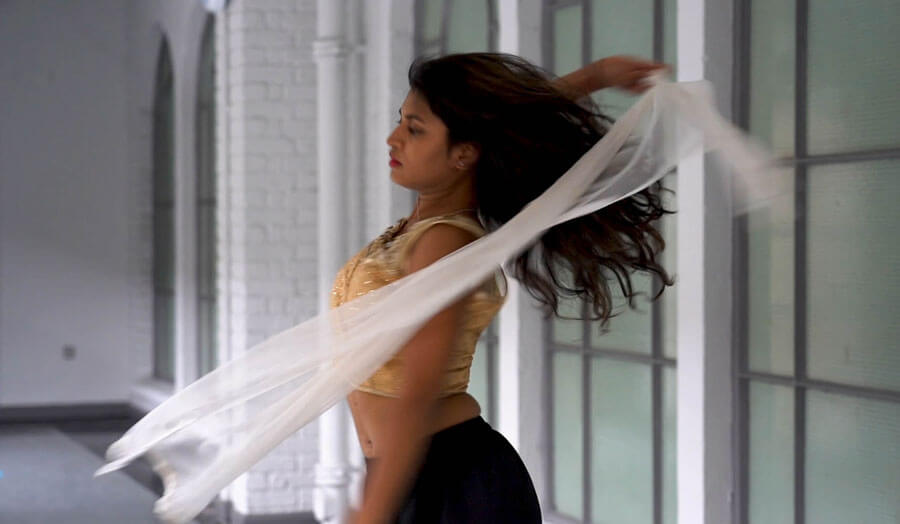 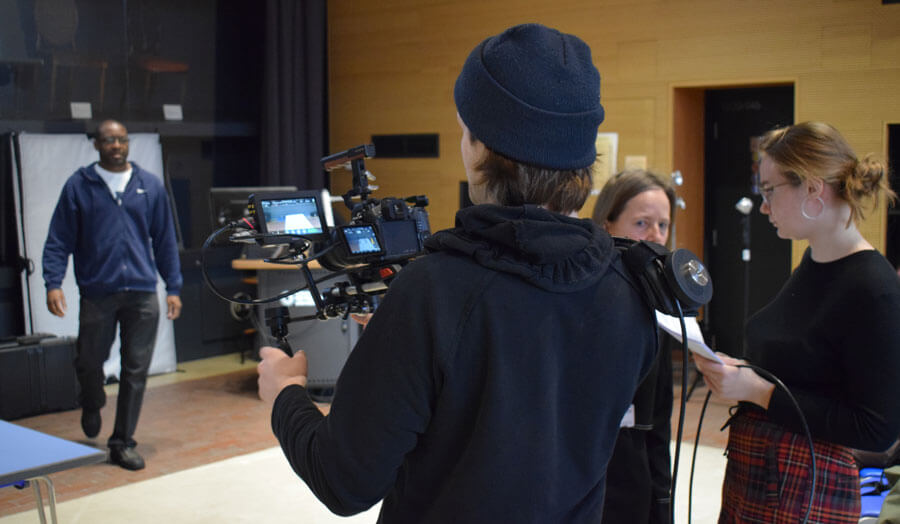 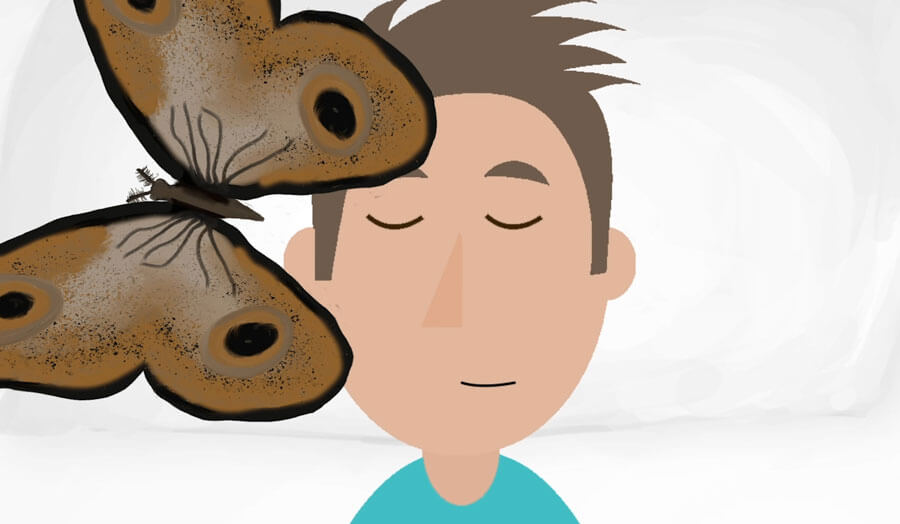 A still from an animated documentary. 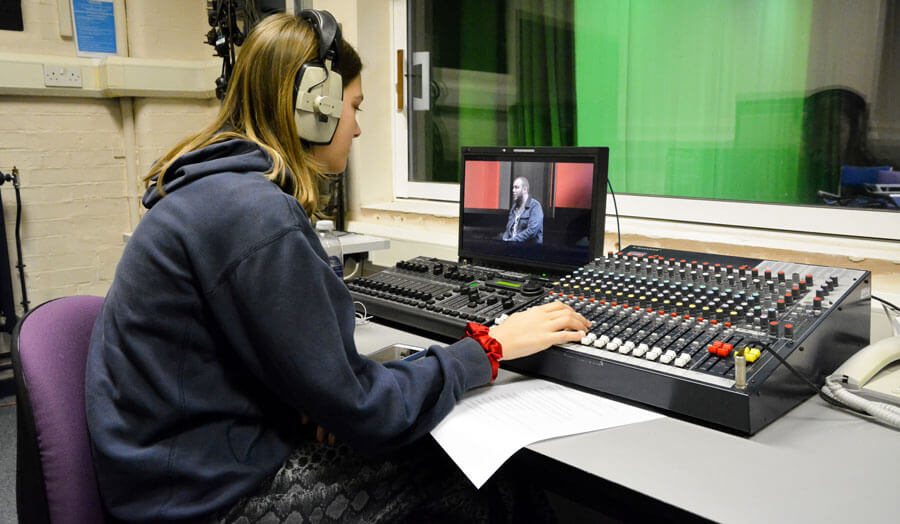 A student works in the TV studio. 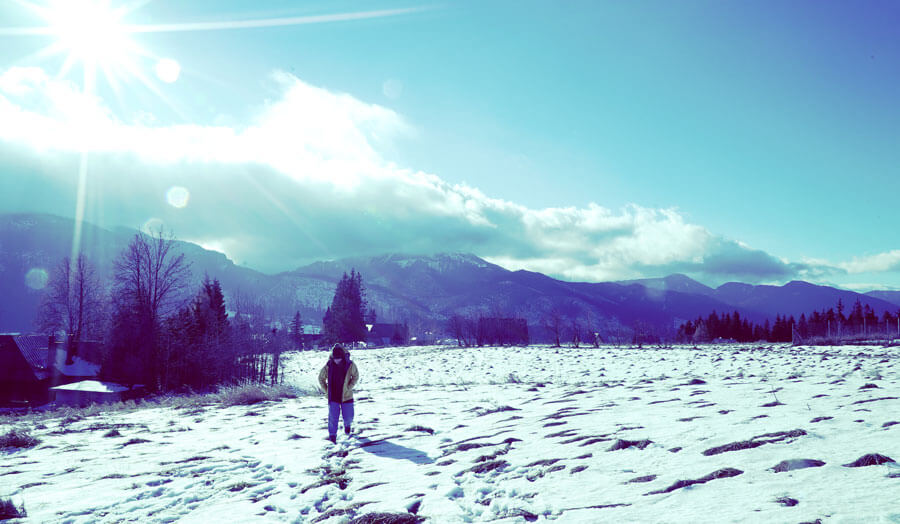 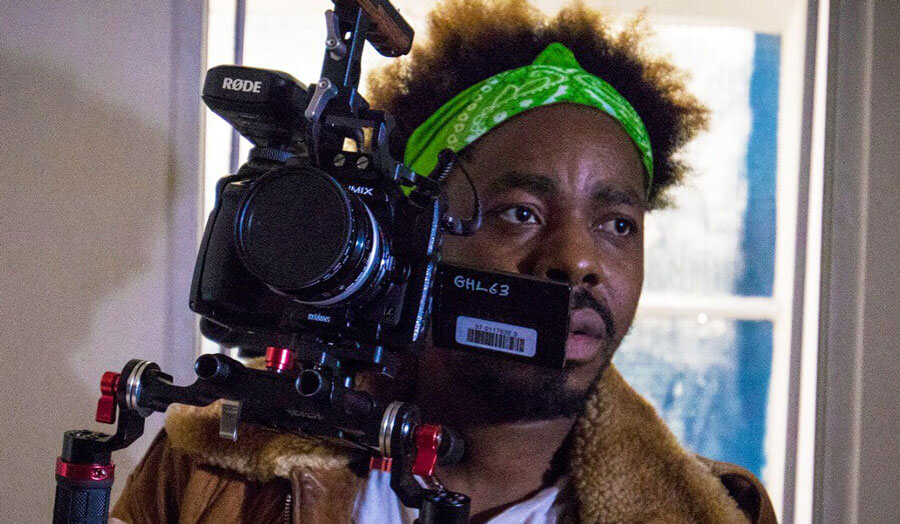 A student with his camera waits to get his shot. 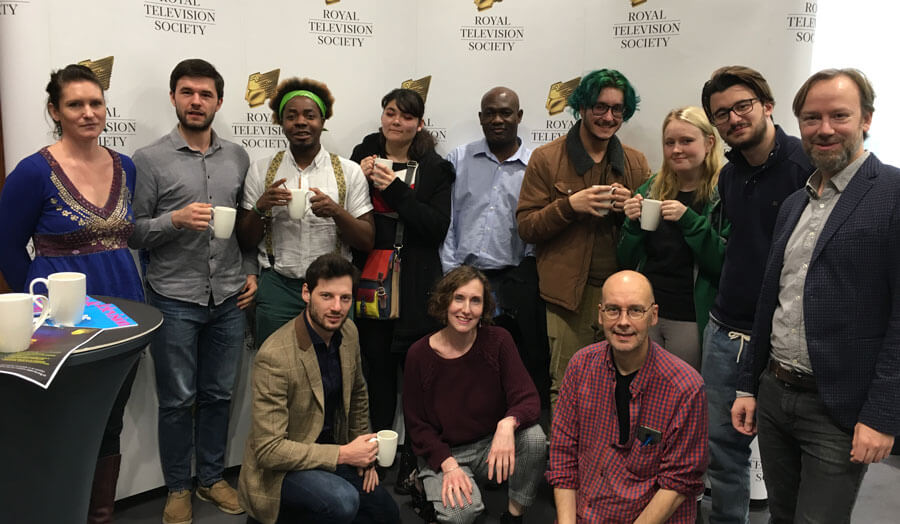 At the Royal Television Society awards. 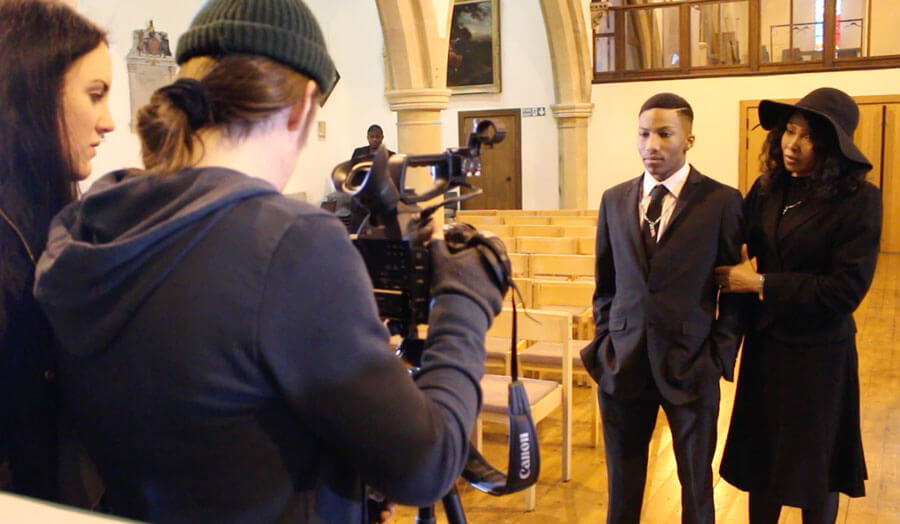 More about this course

Our tutors and guest speakers for this master's degree in Documentary Film Production have extensive industry experience. They have had work commissioned and shown on the BBC, ITV and Channel 4, and have won major industry awards. Course leader Robb Horsley is a filmmaker with award-winning documentary credits, both in the UK and internationally. He is joined by lecturer Suzanne Cohen, a highly experienced documentary specialist who was named Educator of the Year at the 2018 Into Film awards, and lecturer Louis Heaton, a former director and producer of factual content at Channel 4.

Under their guidance you will expand your knowledge and insight into how factual content is made and commissioned, in turn helping you to develop your own ideas into viable projects that appeal to audiences and commissioners. In 2019 two films made by London Met students were nominated for Royal Television Society awards, with one, Waiting for Tomorrow, going on to win the factual category.

Taught in the heart of London, the world’s third busiest city for film production, you will be immersed in the London film and TV industry through access to world-class archives, festivals, screenings and industry events. The master’s degree will also prepare you to work in film or in creative fields more generally. Both industries form a large and growing part of both London’s and the UK economy. There are nearly three million creative jobs accounted for in the UK and more than a third of these are based in London. There is a huge amount of both large-scale and small-scale film and audio-visual production in the city and a great deal of related professional work that surrounds and supports it.

You’ll find that this course comes in response to the exciting evolution of documentary and factual storytelling, a genre embracing new and emerging technologies and distribution platforms. Once considered a less popular area, this genre is currently experiencing a remarkable growth trend. Now, with gamechangers such as Blue Planet II, “the biggest show with young UK viewers ages 16 to 24”, documentary film has become a key commercial component in the industry. Coupled with viewing on demand from sites such as Netflix, the genre is only becoming more commercially viable. This prompts more content to be commissioned, something that would directly benefit you as you go intoo a career in documentary film production.

You will be assessed in a variety of ways across your core and optional modules. This includes creative practice-based projects (both individual and group-based), critical and contextual research essays and written reflections on project-based work.

The Major Projects module focuses on the production of a major practice-based project, and is combined with a reflective commentary or an academic dissertation.

You will be required to have:

Your application may also be considered if you have a relevant professional qualification or experience.

You may also be required to submit a portfolio and to attend an interview.

To study a degree at London Met, you must be able to demonstrate proficiency in the English language. If you require a Tier 4 student visa you may need to provide the results of a Secure English Language Test (SELT) such as Academic IELTS. For more information about English qualifications please see our English language requirements.

If you need (or wish) to improve your English before starting your degree, the University offers a Pre-sessional Academic English course to help you build your confidence and reach the level of English you require.

Please note, the modules listed below are subject to change.

Please note: The two optional modules are taught together (one lecturer delivers the taught course content). You’ll have the option to choose which option pathway you take for assessment purposes only. If you choose Interactive Documentary, you will produce an interactive documentary accompanied by a written reflection, while if you take New and Emerging Technologies you will write a research report.

You must also pick two more module options from those listed below. These may be joint with students from our Digital Media MA and other master's courses:

This documentary film production course will prepare you to work in a wide range of professions within the film industry or other creative industries. Whether you chose to follow a research-oriented path or a practice-oriented path for your major project will influence the roles you may pursue after the course. These could include:

Stay up to date

Please note, in addition to the tuition fee there may be additional costs for things like equipment, materials, printing, textbooks, trips or professional body fees.

Additionally, there may be other activities that are not formally part of your course and not required to complete your course, but which you may find helpful (for example, optional field trips). The costs of these are additional to your tuition fee and the fees set out above and will be notified when the activity is being arranged.

Use the apply button to begin your application.

Non-EU applicants looking to study part-time should apply direct to the University. If you require a Tier 4 visa and wish to study a postgraduate course on a part-time basis, please read our how to apply information for international students to ensure you have all the details you need about the application process.

You are advised to apply as early as possible as applications will only be considered if there are places available on the course.

Apply for this course 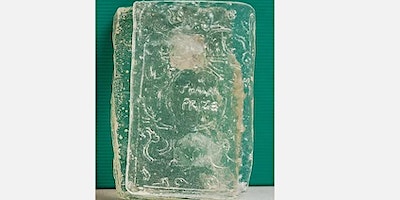 How to Create a Literary Prize 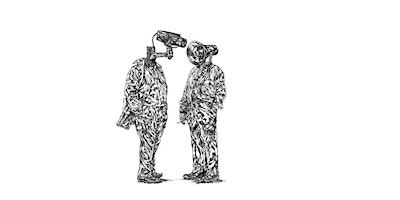 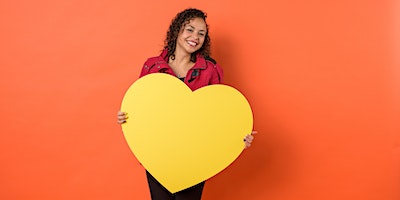 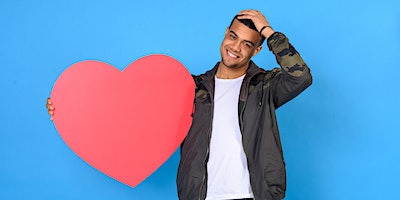