Students from the School of Computing and Digital Media launched their end of year showcase at our Holloway campus on 7 June. The season closes with a screening of graduation films from Film and Television Production BA students, Final Cuts@BFI, at the British Film Institute on Friday, 17 June from 2pm – 5pm.

Before newly minted graduates get the chance to throw their caps up high, students took the opportunity to display their work at the School of Computing and Digital Media's 2022 Summer Show.

The Show, which took weeks of planning, showcased a smorgasbord of creative work, from Foundation Year student films to final year projects, Covid-19 data collection and even the decadent destruction of a cake.

Interim Head of School Chris Lane said: “I think it’s a great opportunity for students to have a chance to have their work exposed to people who are potentially going to employ them, and the hope is that it will be a networking opportunity.”

Setting up and test running each computer game for the showcase was Ben Wayland, a second-year Games Animation, Modelling, and Effects student, who had a "long and slow" process working alongside two other students to make a dungeon crawler-style computer game.

“I was one of the artists on it, so I created most of the assets like the character, the enemies and the main walls and the scenery and torch effects," he said. "I had to animate them so that they have the walk cycle and the attack cycle.”

Wayland noted the "good fun" he’d had along the span of his course, and said that while he had not felt too pressured with his coursework, he let the pressure of the work itself keep him motivated.

He added that being part-time has had its advantages. "I do three modules a year, which means that this year in Year Two, I’ve done two modules. I didn’t do any last year, so I’ve been mixing with this year’s Year Twos, and I get the best of both worlds.

"Next year I’m going to start doing mentoring as well to help some of the Year Ones. While I do my third year I’ll be helping out the first years; it gives me more practice.”

Why were the films so good? Said Chernin: “Over the year I’ve built up (with students) how to film with the cameras, how to edit, post-production, how to storyboard, how to direct and how to light. So, all those things really.”

Journalism showed off award-winning third-year magazines and final-year projects. Interactive websites on diverse topics such as  taking control of your sexual health and what to do with Fido on holiday captured the attention of secondary school students, who came to the Show for a quick glimpse into what their future could hold.

"Looking at the stellar quality of our students' work, it's hard to believe many of them were just in school themselves a few years ago," said Associate Professor Wendy Sloane, course leader of BA Journalism.

But it wasn't all fun and (computer) games. A huge opportunity given by the university in the Summer Show is the chance for family, friends and even industry folk to come in to view work and discuss future employment opportunities for graduate students.

Subject Area Head of Computer Science and Applied Computing, Preeti Patel, said that there is a degree of pride and confidence that comes out of having an opportunity to show your work.

“It’s the pinnacle of your degree, it’s a wonderful celebration of that, it’s a cause for celebration, particularly for the very hard couple of years that our student population has had," she said.

"It’s a bringing together of staff, students, new prospective students, employers, friends and family. The opportunity to come together in a person-to-person space, it’s fantastic.” 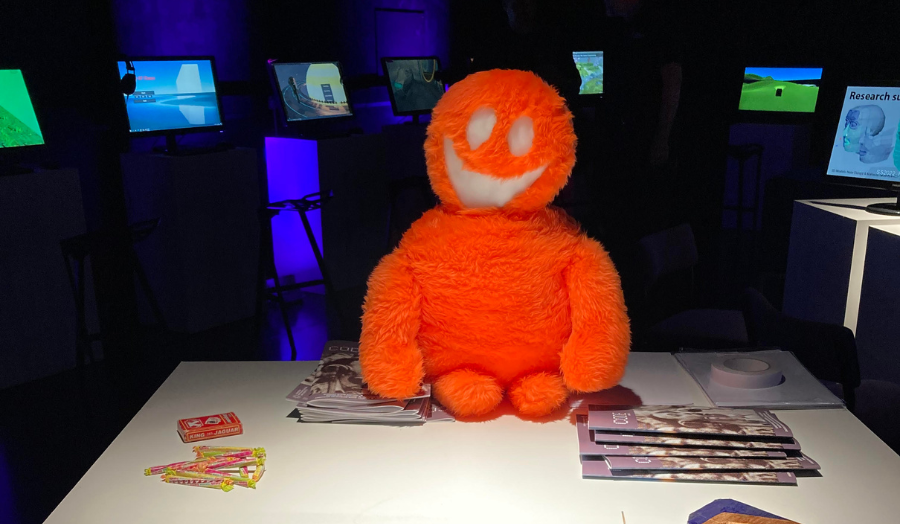