The Golden Lion Award was awarded to British artist Sonia Boyce MBE for exhibition Feeling Her Way, which features a series of films directed and edited by alumna Michelle Tofi.

The work of London Met alumna Michelle Tofi has been recognised at the 2022 Venice Biennale. The Golden Lion Award, the most prestigious accolade of the exhibition, was awarded to British artist Sonia Boyce MBE for exhibition Feeling Her Way, which features a series of films directed and edited by Michelle.

Feeling Her Way was built over more than two decades and spanning more than three centuries, honours the substantial contribution of Black British female musicians to transnational culture.

Michelle, who graduated from London Met's Film and Broadcast Production programme explained how this partnership came about. She said, "I actually met Sonia while I was in my final year as a student at London Met. In 2011 she was creating a series of films for Peckham Space gallery called "Network" and had hired a local Director of Photography, Terry Wilson, to shoot them.

"He reached out to Murray Woodfield, who at that time was working with London Met, looking for a camera assistant and Murray recommended me as I'd directed the photography of his short film "Bucket Head".

"That was a real lightning bolt moment for me because Sonia and I instantly clicked and I've worked with her on her film pieces ever since, making films in Gothenburg, Sweden and Nice, France, as well as in spaces like the V&A in London and Manchester Art Gallery."

Asked how her time studying here has influenced her career, she said, "I suppose the thing that really stands out for me about my time at London Met was the melting pot of creativity it offered - particularly between courses where film students might work with art or fashion student to help realise set designs or costumes.

"Being in the heart of London and so close to the artistic and filmmaking scenes there were hugely influential to my practice, and the seeds of collaboration that have carried through my career were definitely sewn there as a student."

"My advice for current students looking to break into the industry would be to do as much as possible and meet as many people as possible - if I hadn't worked with Murray on his short I wouldn't have been introduced to Sonia, and from working with Sonia I've met and made so many contacts in the arts scene; indeed last year my comedy directorial debut aired on Sky Arts - "Sarah Maple's Show", starring the artist Sarah Maple and actors David Tennant and Grace Saif.

"I also think it's so important to use the time being a student offers to play and collaborate - it's such a unique opportunity to be surrounded by like-minded creatives and collaborate on each other's projects with total freedom." 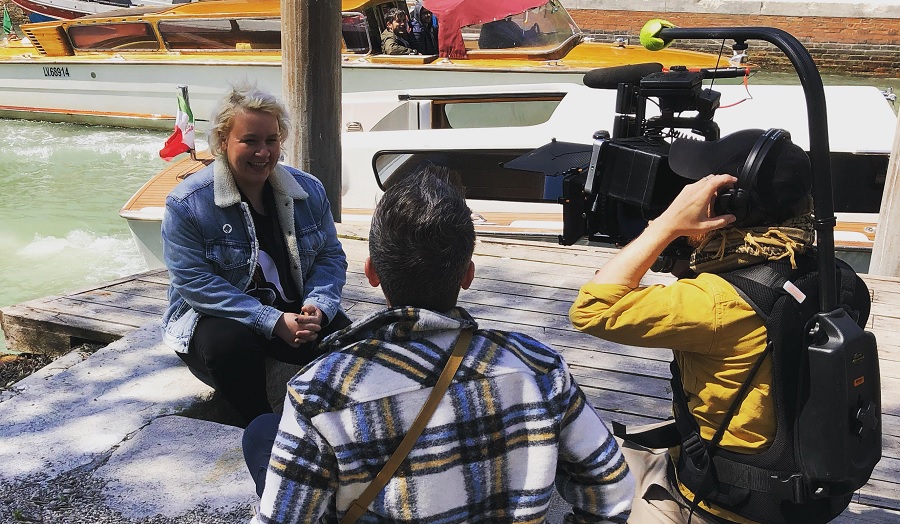