Read more of Zak's story below.

Zak Abdi Ali joined London Met after devastating personal circumstances meant he had to drop out of his first university. Zak graduated with a 2.1.

A devastating house fire and being a carer to his grandmother meant that Sakariye (Zak) Abdi Ali had to drop out of his first university in 2013. His dreams and ambitions of completing his studies were tragically nearly brought to an end when Zak decided to enrol at London Metropolitan University.

At London Met, Zak was able to receive the support needed to complete his studies and fulfilled his ambition of going to university.

“After leaving my first university, I joined London Met and felt an eagerness to overcome my past failure and focus on succeeding and because of the great staff and students, I was successful,” Zak said.

“I now have several job prospects and I will be graduating this summer. I'm truly lucky to have been able to study at such a wonderful university.”

Zak was drawn to London Met to study Business Information Technology BSc due to the diverse community and through word of mouth within his own network. “I chose to study at London Met because of the feedback I received from friends who had studied there. I heard that they had great facilities and created a great environment for learning,” Zak explained.

Despite facing many struggles during his time at university, Zak will be graduating in July 2018 with a 2.1.

“My favourite thing about London Met was the support offered to students in the form of workshops, support sessions and academic supervisors,” Zak said.

“I used extra workshop sessions to get more input on how to improve my work.”

At London Met, it is compulsory for every undergraduate student to take part in the work related learning module, which has a direct positive impact on students’ employability. In 2018, it was announced that London Met had scored its highest ever Destination of Leavers of Higher Education (DLHE) score – 96.7% of all London Met graduates are in work or further education six months after graduating.

The DLHE score measures the impact each university has on its students. It surveys and records what graduates go on to do six months after their graduation. London Met performed better than 94 other institutions in the country and was second in London.

Zak says the work related learning module was his favourite part of his course because it “offered an insight into what a professional work environment would look like.”

Zak graduated on Monday 30 July with a 2.1 degree in Business Information Technology. 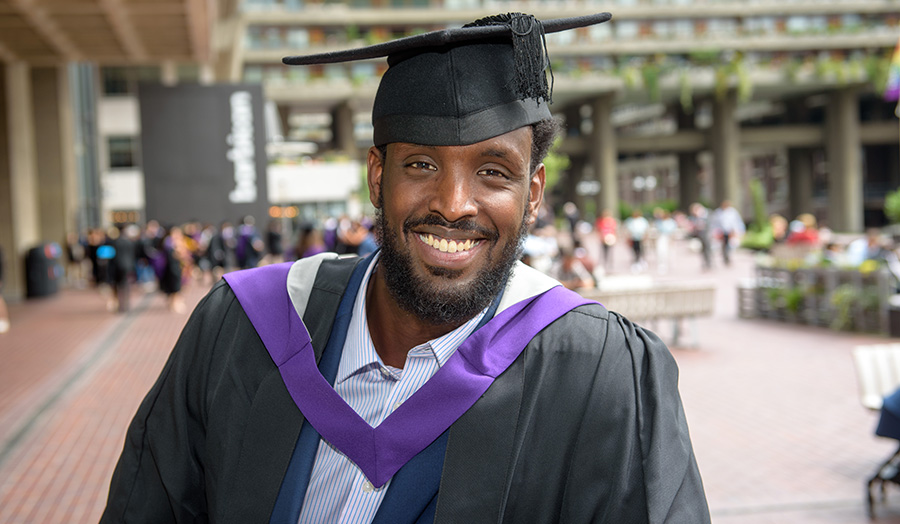