I’d known for a long time that I wanted to pursue a career in diplomacy and international relations; the problem was that there didn’t seem to be quite the right course available in my home country, the Czech Republic.

In 2014, I made the decision to move to London in search of the right University to help me get a step closer to my dream job. It was a big step, but also a very exciting time.

I visited a number of universities, but for one reason or another they just didn’t feel right. Then in December 2014 I came to a taster lecture delivered by Dr Andrew Moran, who would later go on to teach me, and I was inspired.

But the thing that really convinced me was the atmosphere and diversity on campus. It really excited me to know I’d be spending time with people from really different backgrounds to me. Looking back, I can see why diversity was an important factor for me. I have learned so much from fellow students who came from all around the world and created a fantastic learning environment here at London Met.

I remember being so impressed by the facilities. Even though it’s not my area of study the superlab really impressed me – I’ve never seen such a hub science facility before, it showed me what the University was all about.

Just a few week’s later I was turning up for the first day of my BA in Diplomacy and International Relations. I soon found out that there was so much to get involved and I really immersed myself in the culture at London Met.

Perhaps my favourite extracurricular activity has been my involvement in London Met’s Model United National Society. It’s been an amazing experience. My proudest moment was travelling with my course mates to my hometown, Prague, for an MUN meeting.

In addition to attending the conference in Prague, London Met Society members attended MUN conferences in Edinburgh, Cologne and Paris – we’ve had such brilliant experience.

Finally, I can’t speak highly enough of my tutors and lecturers, especially Andrew Moran and Steven Curtis. They’ve been so encouraging and supportive and have really helped me thrive and get the most out of my time at London Met.

Klara will graduate today with First Class honours degree in Diplomacy and International Relations. She will start an MSc in Intelligence and International security and hopes to pursue a career in the diplomatic service or in counter terrorism. 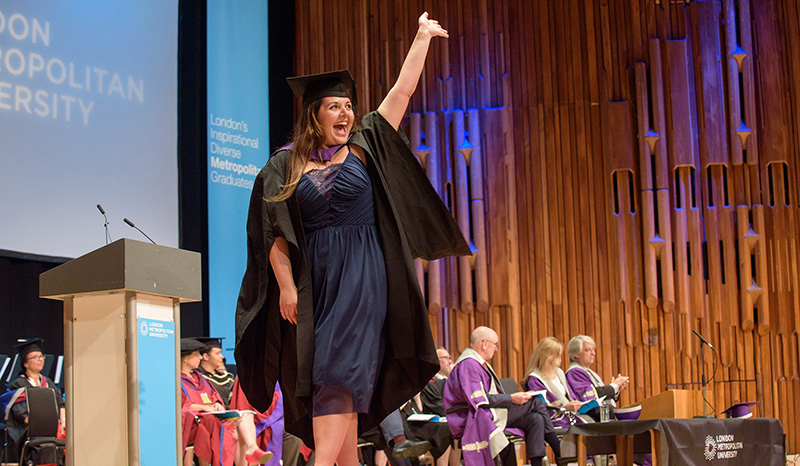