My name is Oleksiy and I'm going to walk you through my journey, from starting here at university to ending up behind the mic on Verve Radio.

Do you listen to the radio these days? If you had asked me the same question a while before uni, I probably would have got that look on my face (you know the one) where I want to say yes but honestly can’t as I search through my memories.

In the twenty-first century, why should you listen to the radio anyway?

It might be true that the glorious times of radio have been and gone, but it is still is a great and powerful way to express yourself. If you think you can’t stand listening to people talk and you prefer music, give it a shot anyway! I used to think the same thing, but I tried radio and I don’t regret it!

If you are still reading after this long introduction, I’ll tell you how I fell in love with radio and started my own show on Verve, London Met SU’s radio station.

It all started before I went to London Met. As a loss adjuster (Google it), I spent a lot of time in my car. As I was a broke beginner, my car didn't have Wi-Fi or even a CD player but it did have a radio. So there I was, spending long nights crossing the country with nothing but a radio to keep me from my thoughts and from falling asleep at the wheel. And slowly, I started to get into it. It was like acquiring the taste for good wine - you just give it time.

By the time I started at uni I was already a radio listener. Eventually, I learned about London Met’s Students’ Union and their radio station, Verve Radio. When I expressed my interest, they told me that anyone can have a show as long as they turn up, learn the ropes and are able to express themselves.

When I first visited the studio I was amazed. It was clean, spacious and well-stocked with comfortable chairs for you and your guests. It had a real radio station mixer with those awesome buttons that you slide up and down (don’t tell me you’ve never wanted to work those buttons), microphones hanging from the ceiling, screens, headphones… and I was like, how am I going to manage this!? Well, pretty easily, in the end. It might look like a starship, but 15 minutes of induction and you’re ready to go! Technicians are always there to support you if you need help, and the entire University will enjoy your show… well, hopefully.

This doesn’t happen to me anymore but, before my first morning show at London Met, I didn’t sleep at all because I was trying to put everything on paper, writing down every single phrase I was planning to say. It sounds silly, but if I hadn’t done that, I would have become speechless after sliding up the on-air button.

As the time approaches, you’ll put your music in order and your headphones on, you’ll adjust your microphone and chair to the most comfortable position, and watch the seconds counting down until it’s time for your introduction. When it’s time, you’ll pull down the music sliders, turn on your microphone, and hear yourself speaking in your headphones as your voice becomes one among many on Verve Radio.

During the hour of broadcasting at Verve, the feeling I have is difficult to describe. But there will be no need for me to describe it if you try it for yourself! 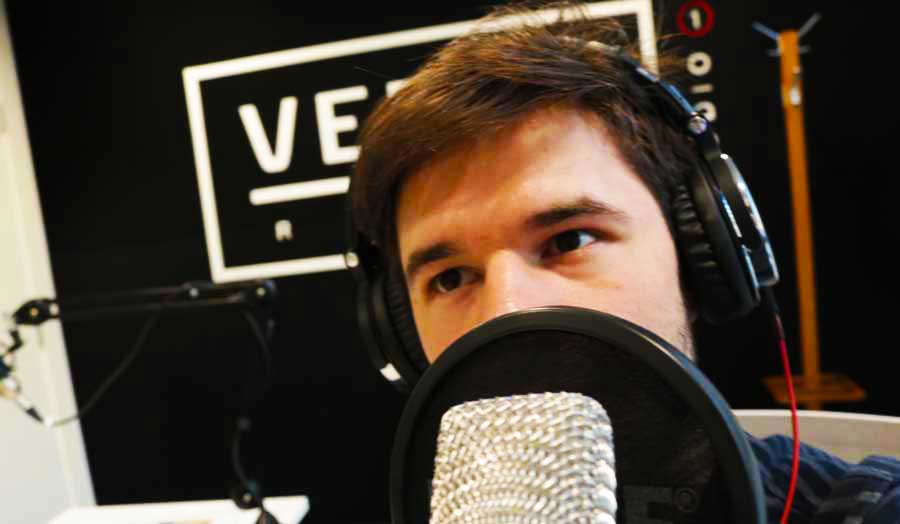 "When I first visited the studio I was amazed. It was clean, spacious and well-stocked with comfortable chairs for you and your guests." 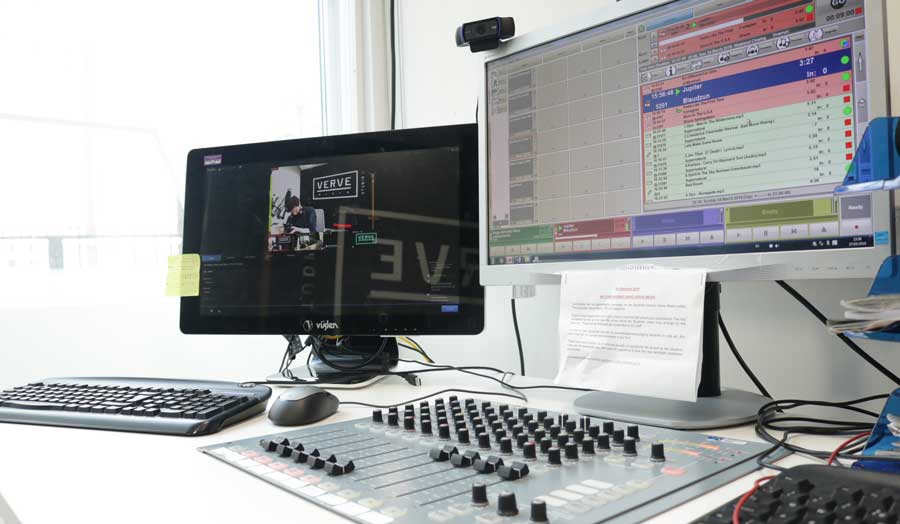 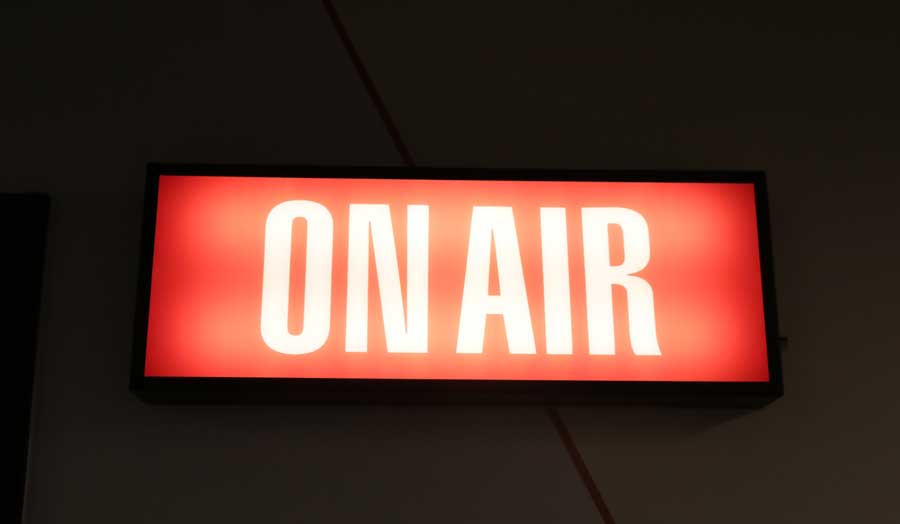 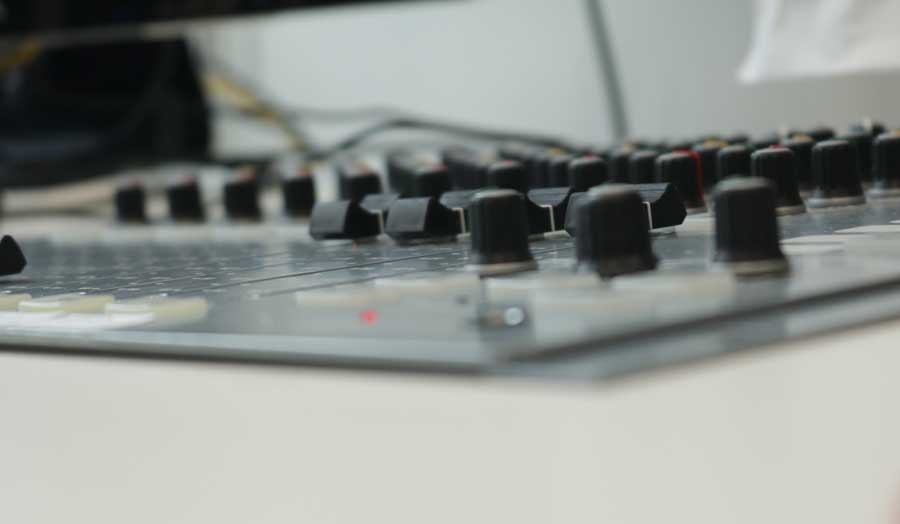 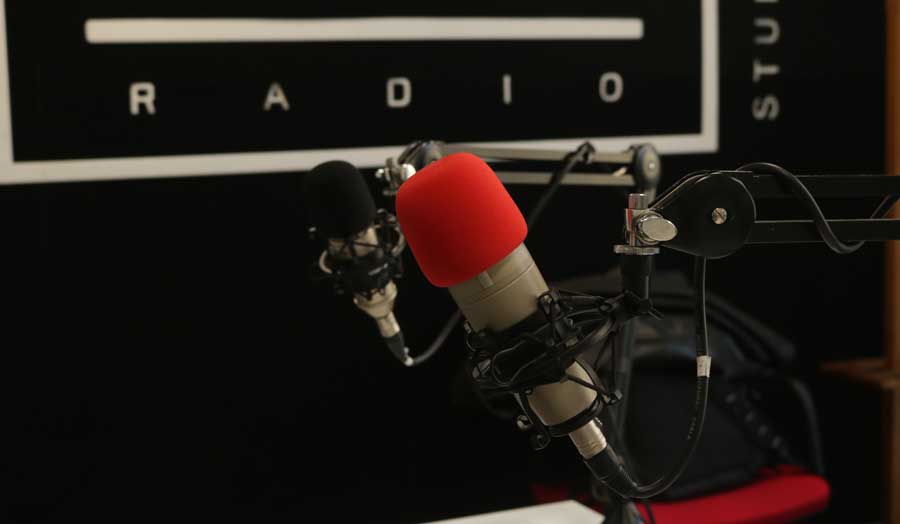