This studio will be delivered online.

The studio looks at space as practice, since each location is a mutable entity framed as a moment in time, populated by individuals and shaped by their actions as artists, musicians, curators, designers, architects, writers and spectators. Space can be a kind of frame or perhaps stage on which things take place. Space is the catalyst for having things happening.

Writing about these spaces filled with diverse practices in creative, critical and challenging ways is the focus of the dissertation, yet it ought not to be seen as a separate task, but as a way of intervening in the work and its creative process and reception. Writing, in this way does not stand apart from the work, but becomes an integral part of it.

In the 21st Century, everything seems to be less substantial, tangible – reduced or augmented to an atmosphere. In theatre, cinema and installation space largely ceases to be functional and tends towards illusion and special effect – dominated by immersive atmospheres. As technologies render virtual space an everyday occurrence it is imperative that we be able to understand the perceptual and conceptual shifts it brings about.

Studio 6 considers forms of writing as a means of interacting with the cultural and material world – through books, objects, exhibitions and buildings. Instead of focusing solely on the pragmatics of physical stuff, we seek out the atmospheres of place, site and space. Thus writing can be phenomenological since it chronicles the experience mediated through the senses: it stands alongside it, comments on it, it orders and choreographs. Writing about art and architecture, it is argued, has a strong curatorial remit since the writer intervenes in the presentation by interpreting and reshaping how we perceive and understand. Making exhibitions is then a form of both storytelling and critical engagement with artefacts; the way in which something is presented (visually, sonically or textually) is of great significance to how we perceive it – we can call the display an atmosphere, something that can be read, described and decoding with the aim of shaping our cultural environment.

Out of a direct treatment of place, whether subjective or objective, emerges another place. It is neither new, nor fixed in time, but it has remained unexplored, scarcely documented – piles of lime and useless cicadas. 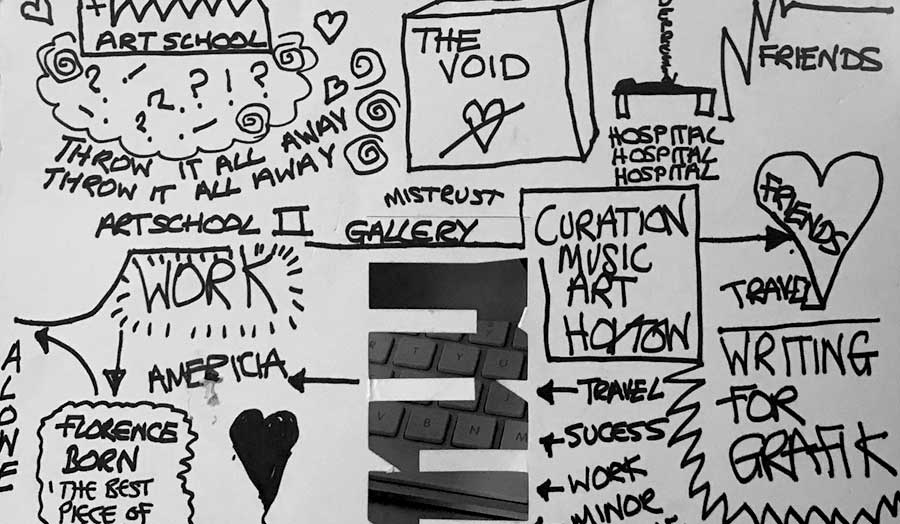 Studio 02: The Critical Thinker’s Guide to You: Making Sense of Writing in Creative Cultures

This studio focuses on the relationship between creative practice and criticism – and how theories and cultural and social networks help shape and define the creative process. 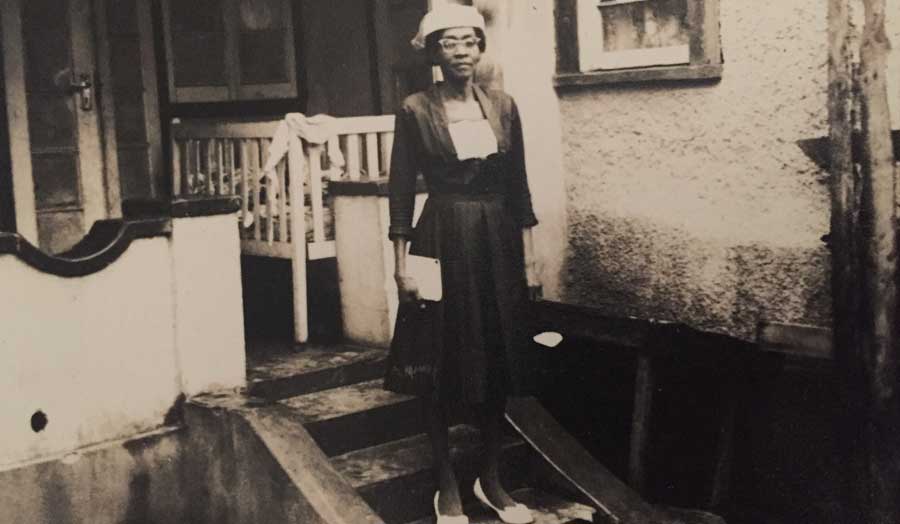 Exploring the fashioning of the African diaspora and with a particular focus on the Caribbean Island of Jamaica, this studio aims to think through how fashion and dress is used to grapple with ideas of self. 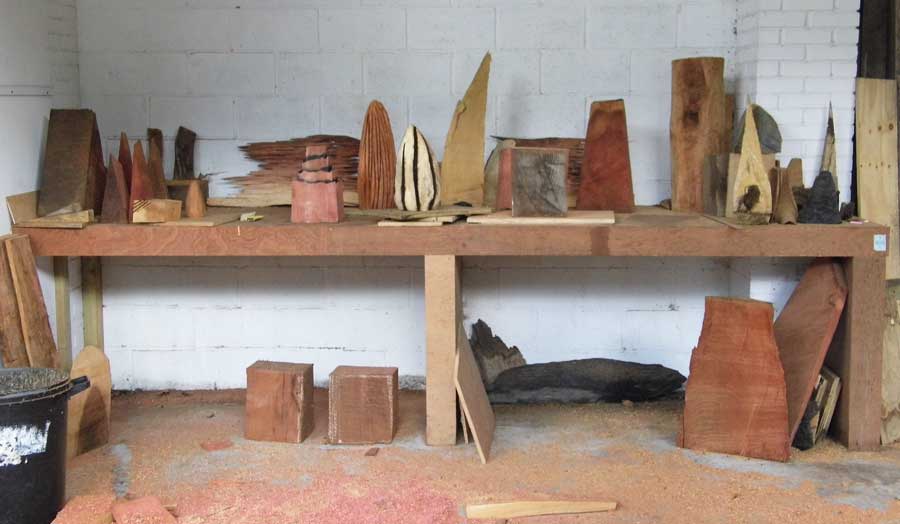 This studio will consider the value of making in itself, independent of the product or outcome, exploring the idea of craft as meaningful work. 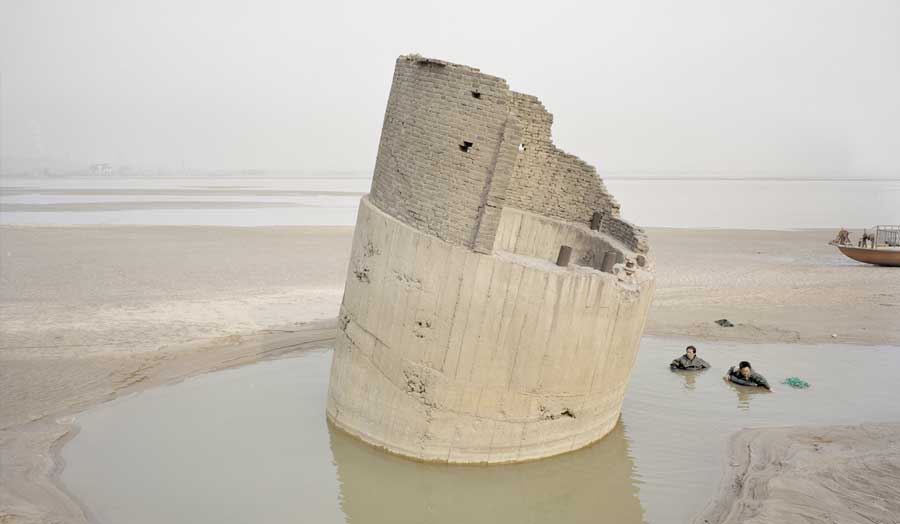 Thinking With Ruins begins with the idea that to think about ruination allows us to approach subjects that are of interest materially, aesthetically and politically and it allows us to work across scales - from dust to debris to object to landscape.

Studio 06: The Practice of Space – Writing Atmospheres in Art and Architecture

Dissertation Studio 06 looks at space as practice, since each location is a mutable entity framed as a moment in time, populated by individuals and shaped by their actions as artists, musicians, curators, designers, architects, writers and spectators. 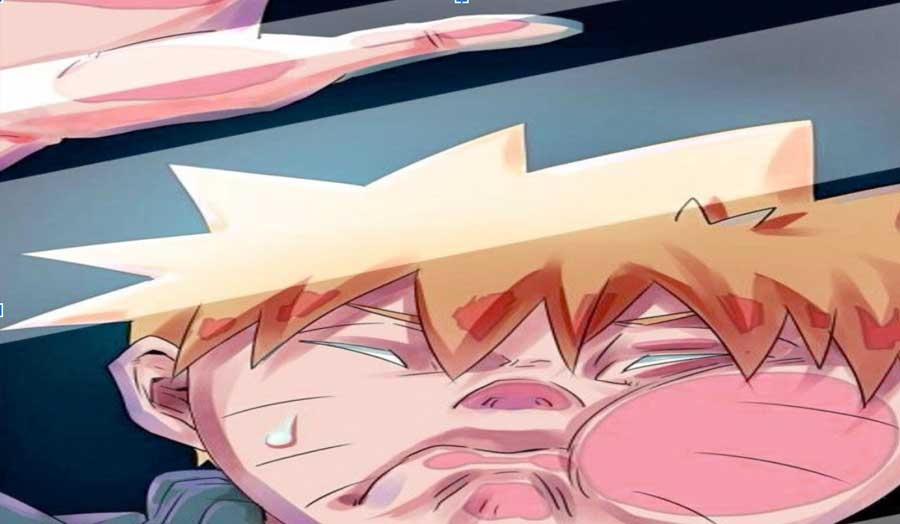 This studio takes a sideways looks at the intersection of youth culture and late capitalism considering the impacts and influences of desire, the cartoon, consumerism and cuteness in shaping our lived contemporary experience.

Studio 08: The Conquest of Joy 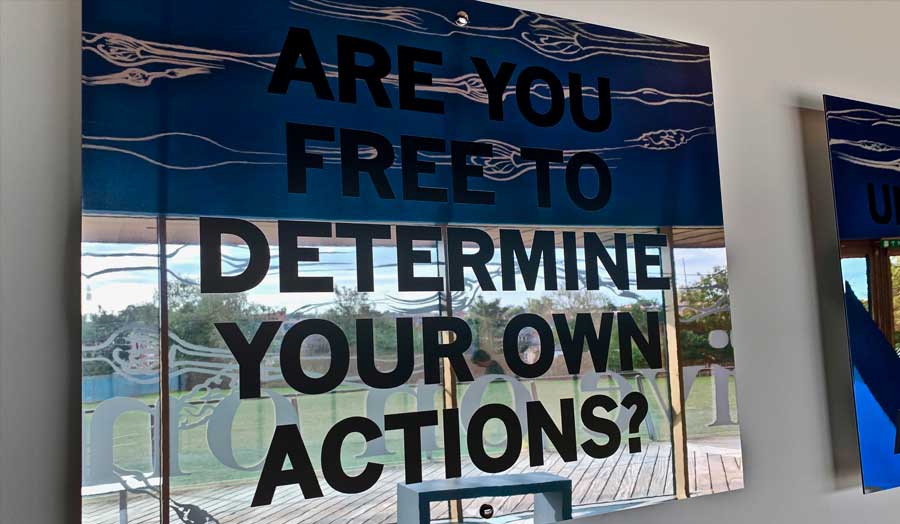 Studio 10: The Hammer without a Master

Studio 10 explores the strange space between individual and collective, ecological action. It embraces the idea that we think, remember and decide ‘in the world’, rather than in our heads; that we are connected in unexpected ways; and that this connection may be a key to navigating life in an increasingly paradox present.

Dissertation Studio 10 will examine the concept of aesthetics as applied within that most everyday activity: sport. 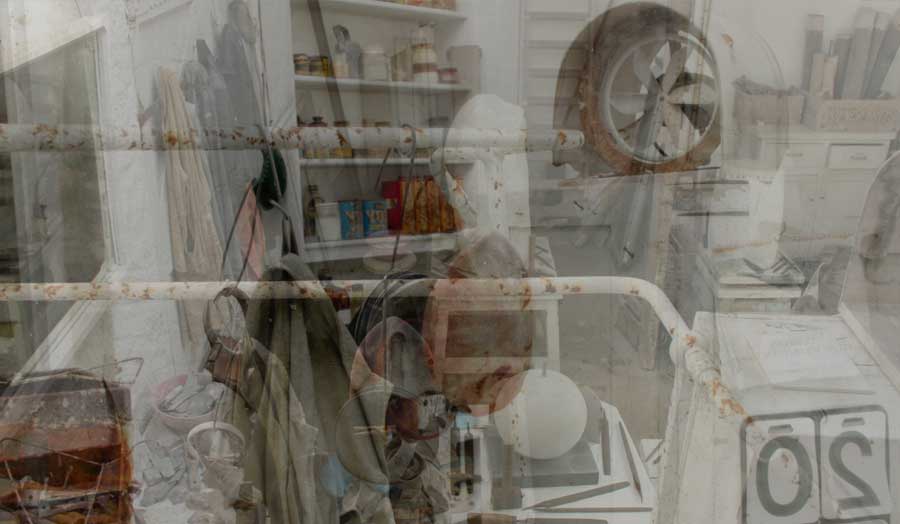 This studio explores key concepts of the twentieth and twenty-first centuries – from questions of knowledge, history and nationhood, through to authenticity, agency and value – by means of an exploration of the particular interiors worked in by artists, makers and other practitioners. 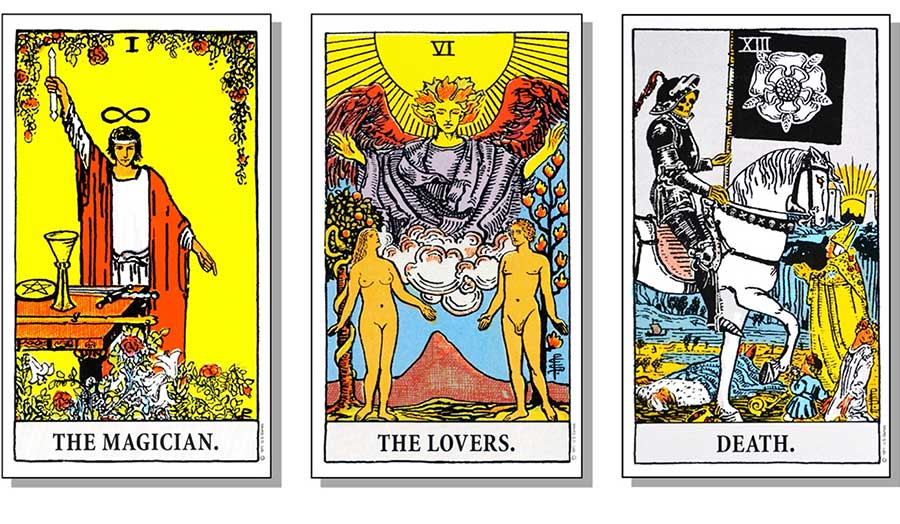 Cultural history, from high art to kitsch, is littered with visions of the future; some inspiring, some ridiculous, almost all of them wrong. 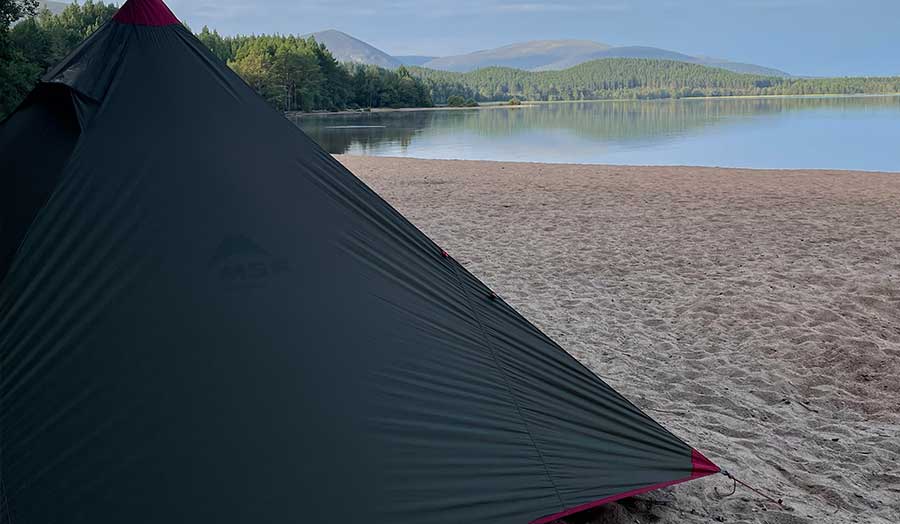 Studio 14: Technical Pitches: Outside is free

Outside is indeed free, but you need the skills, the kit, the knowledge and ideally ‘the look’ to fit into this world. This Studio will investigate how architecture, furniture, clothing and product design shape the work, living and leisure cultures they support. How these have influenced our relationship to our environment and indeed how this relates to resources at a local and geo-political level. 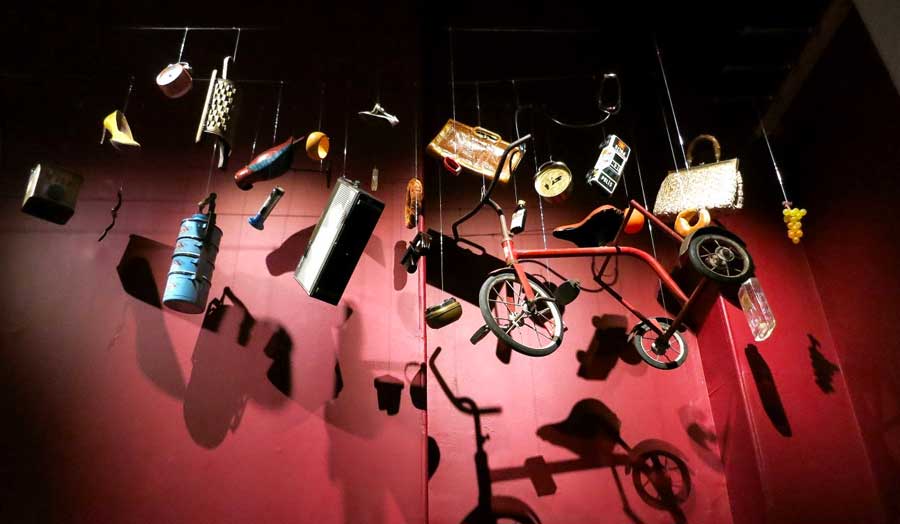 Studio 15: The Voice of Things

This studio will offer a challenge to the idea that objects are unruly things and need to be brought to heel by labelling, categorising, taxonomising. Instead, it offers an invitation to give voice to the mute and invisible, by listening to objects and treating them as allies.

Studio 16: “If I stay silent nothing will change”: Identity, Politics, Social Change and Creative Culture(s) 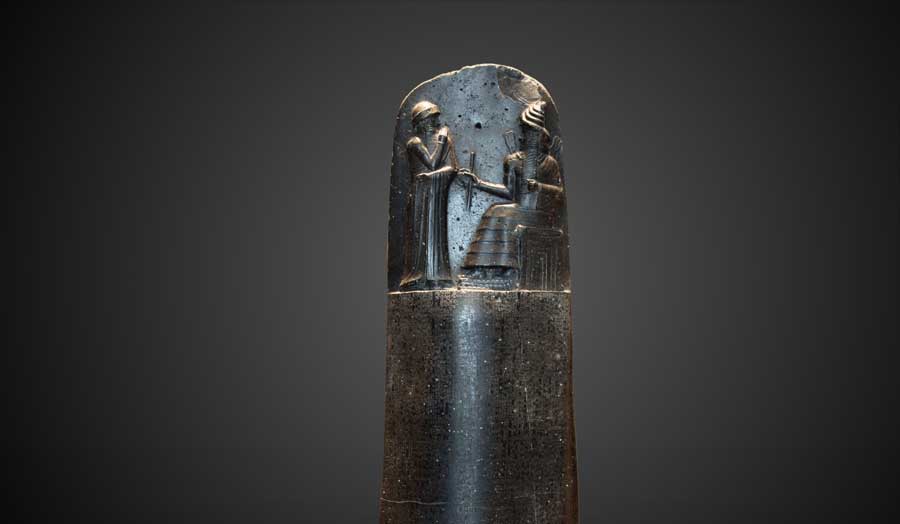 Studio 17: A History of Efficiency

There is nothing inevitable about the way we organise our societies, and we now recognise that transnational and historically embedded structures of economic efficiency are killing the habitable planet. This Studio explores the trade-off between efficiency and creative flourishing in structures of extraction, production, property, commerce and law; and asks where these efficiencies sit in our bodies, behaviours and feelings as both long-standing cultural legacies and contemporary harms.

The Studio will consider how textiles in fashion, furnishing, art, and beyond are embedded in our cultural traditions and give us insight into ourselves and our society. We will ask about their relevance in terms of the environment, gender issues, wellbeing and consumption. 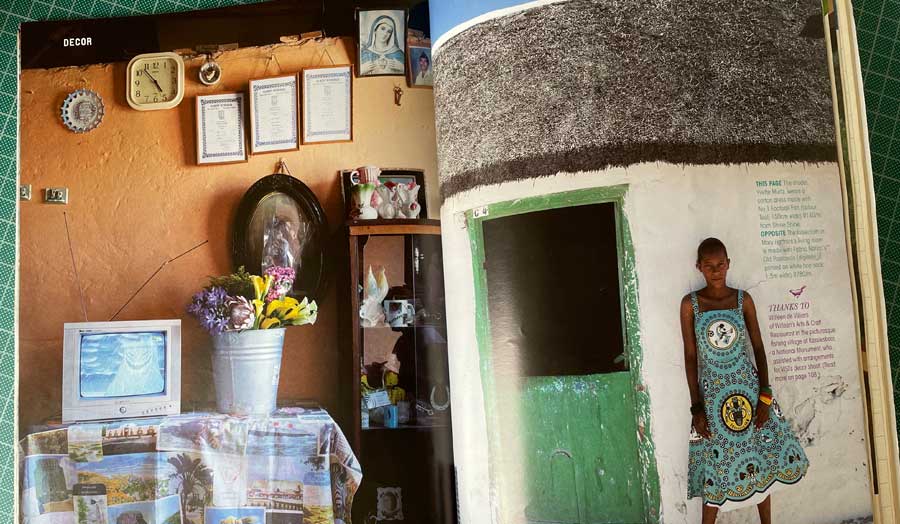 This dissertation studio will argue for an idea that much of the rest of the world is ignorant of/ignores. That is the understanding that Africa does design.