Dr Bo Tang was awarded her PhD in January 2014, and is the first PhD Architecture student to complete her PhD at the School of Art, Architecture and Design. 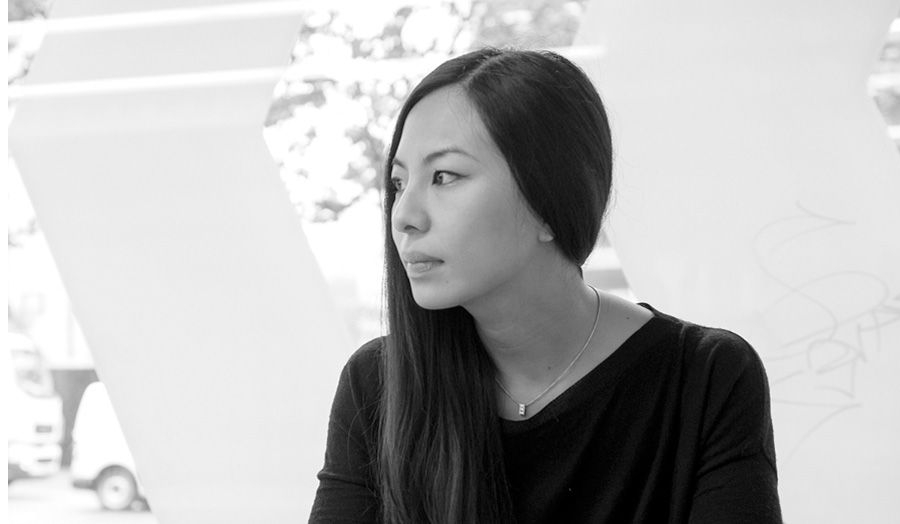 Dr Bo Tang studied architecture at the Bartlett School of Architecture (UCL), University of East London and London Metropolitan University, where she graduated with distinction in 2008.

Since 2006, Bo has been involved in the research field of the Architecture of Rapid Change and Scarce Resources (ARCSR), coordinating and managing live projects with students in informal settlements in India, in collaboration with local NGOs, and funded by the Water Trust. These include a sanitation upgrading project in Agra, cooperative resettlement housing and infrastructure in Delhi, and quarry classrooms in Navi Mumbai. A further research project in Sierra Leone has led to the construction of a new primary school in Freetown in 2011. Bo regularly organises and curates ARCSR exhibitions and workshops, and was part of the RIBA Boyd Auger Scholarship 2008 research team, which explored art, urbanism and architecture in Bosnia and Herzegovina.

Bo is currently the Research Coordinator for the Architecture for Rapid Change and Scarce Resources within the Projects Office, as well as Studio Tutor for Architecture BA (Hons). From 2010, she was also a candidate of the School of Art, Architecture and Design PhD Programme on a full three-year scholarship from the Water Trust, submitting her thesis in October 2013. Her research thesis is entitled Negotiating Shared Spaces in Informal Peri-Urban Settlements in India. Bo is co-editor of Learning From Delhi published in December 2010, and more recently The Architecture of 3 Freetown Neighbourhoods, published in November 2013.

This research investigates the nature and creation of common places in informal peri-urban settlements in North India through negotiation and sharing. It aims to develop a profound understanding of the effect of the post-hoc introduction of amenity buildings and city infrastructure in the creation of common places. The approach takes collaborative architectural making as a catalyst for civic empowerment and social change, discussed primarily through first-hand experience of practical small-scale live interventions in two urban conditions of scarce resources. These interventions serve as case studies.

The research hypothesises that the social structure and order of shared spaces is continually transforming, adjusting and being re-made to accommodate the changing urban conditions within low-income settlements. The informal negotiation of these common spaces creates a shared collective identity. This study suggests that collaborative place-making engenders a renewed understanding or interpretation (by the urban migrant/citizen) of the nature of common places, in which the origins or memory of the traditional rural village are transformed into a new situation of the urban village within the host city.

Central to the research was the development of spatial practices through small-scale interventions in two peri-urban settlements, which acted as vehicles for understanding the civic and institutional order of town for all constituents (including myself as PhD by Practice).

The contribution to knowledge proposed by this research is two-fold: (a) the first part (chapter 2) addresses spatial practices and develops a methodology for collaborative making by which this is both understood and created.

(b) the second part (chapter 3) uses these methods as a basis (research tool) to understand the nature of civic order in informal peri-urban settlements in North India, and the way the institutional/civic order of these settlements is made. In this way, the thesis provides insights which broaden and deepen our understanding of shared spatiality beyond the concept of ‘public space’.

The two case studies of on-going live projects provide the empirical basis for this study:

(2) The Quarry Classrooms Project initiated in 2008 deals with amenity buildings in quarry worker settlements in Navi Mumbai. Both projects were carried out in collaboration with Indian Non-Governmental Organisations (NGOs), local communities, and architectural researchers and students from London Metropolitan University, involving a strong hands-on participatory approach from the bottom up.

Connections are established between improved access for basic services, amenities and facilities, and the opportunities for creating common places, leading to suggestions for improving, appropriating and cultivating shared territories in today’s informal peri-urban settlements, both culturally and physically. Insights are gained into the role of architectural professionals and students as designers, makers and curators in partnering with the local NGO and settlement families. The study concludes with suggestions on how the notion of cooperative placemaking might be applied in other situations of rapid change and scarce resources where architect, NGO and local population might collaborate to provide shared infrastructure and community facilities, creating opportunities for improving livelihoods and the quality of life within informal peri-urban settlements in North India.

Through the approach of collaborative architectural making as a catalyst for civic empowerment and social change, this study makes explicit a process that was implicit before, a process which enables the creation of social and political institutions for marginalised people to participate as citizens within the host city. 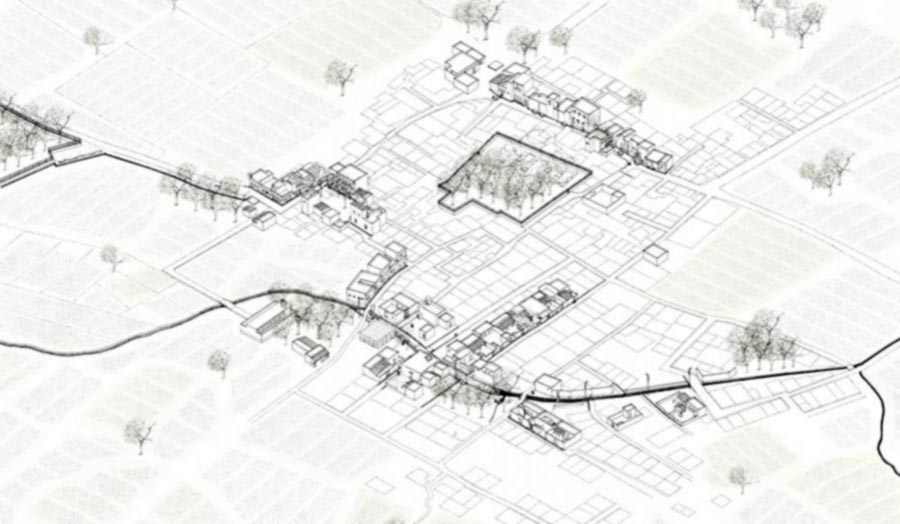 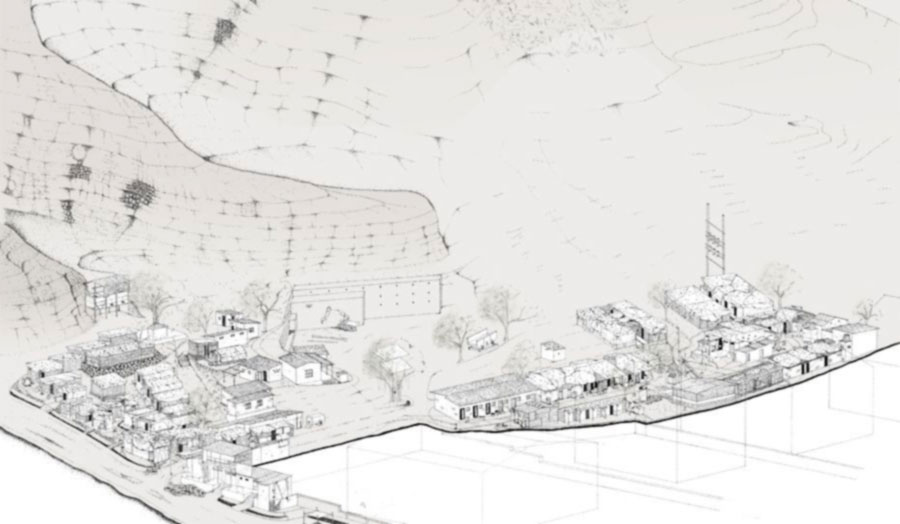 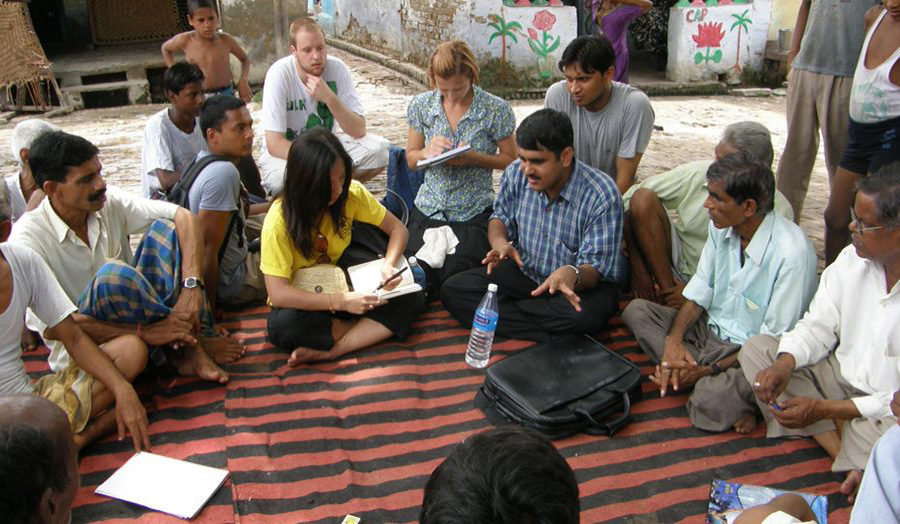 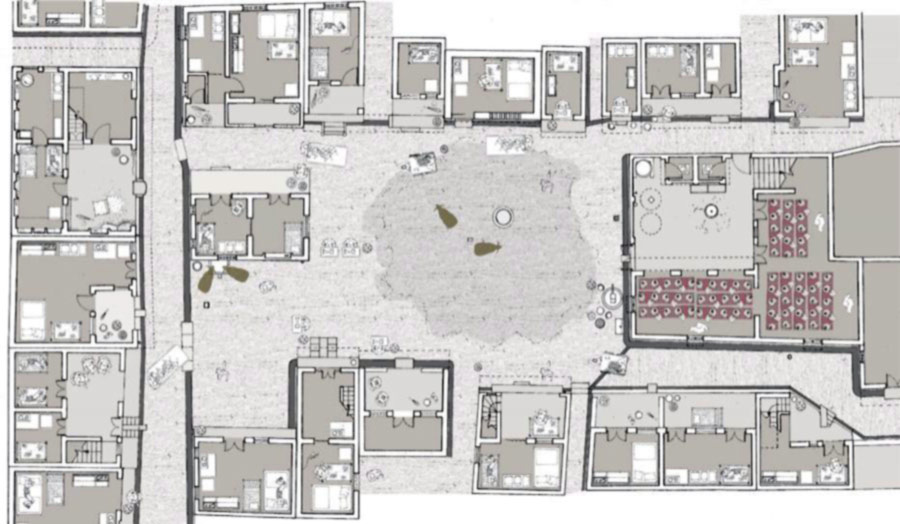 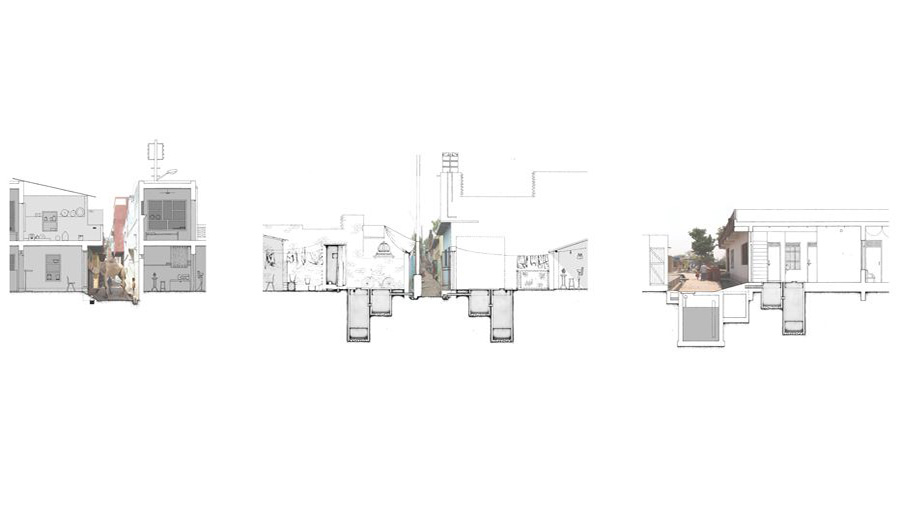 Envisioning the Classroom with Children 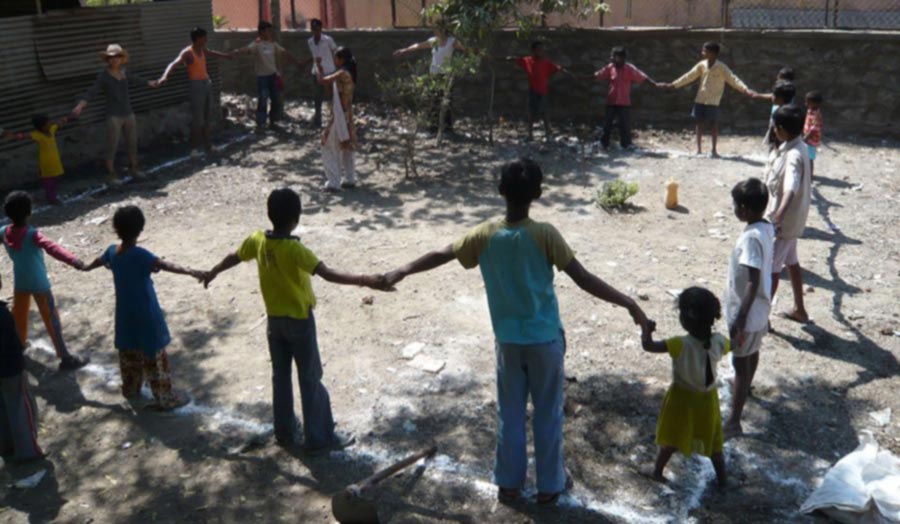 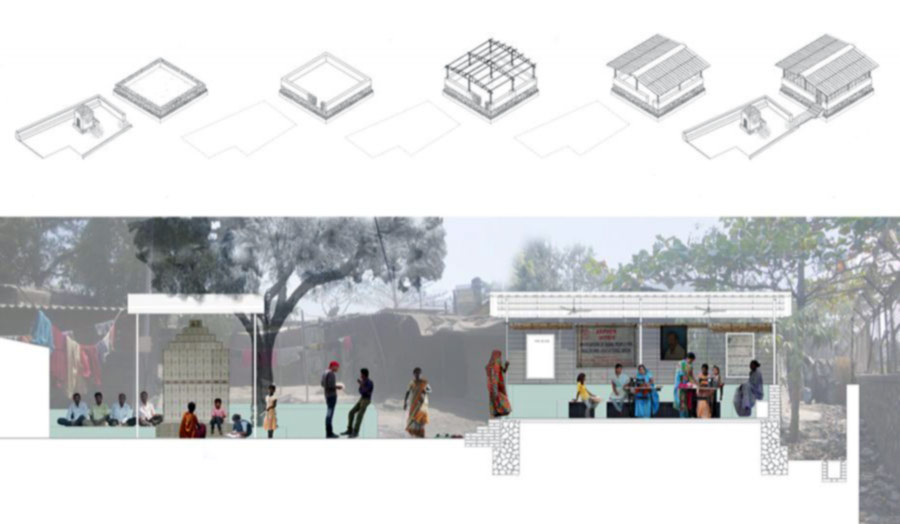 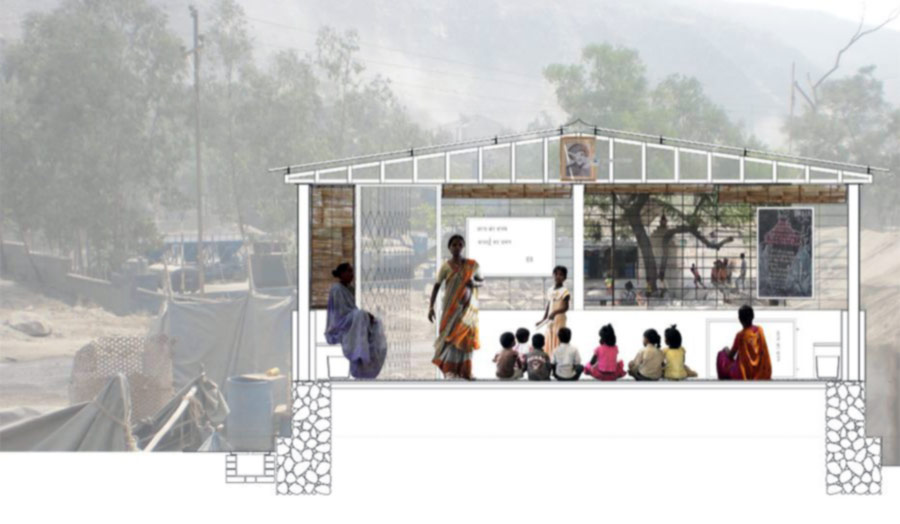