Chaos at Kabul Airport: Lessons must be learned

In a damning report published this week, a cross party committee of MPs have condemned the Foreign Office for ‘serious systemic failures’ during the evacuation mission from Kabul Airport in August 2021. There were insufficient staff to manage the process and many thousands of emails requesting immediate assistance went unread.

The PM Boris Johnson is also criticised in the MPs’ report for his lack of understanding of the complex and rapidly unfolding situation in Afghanistan as he informed parliament, only 6 weeks before the Kabul government collapsed, that there was no military path to victory for the Taliban. The Foreign Secretary, Dominic Rabb, came in for particular criticism for his apparent lack of interest in the evacuation.

Criticism of chaos at the Foreign Office in August 2021 will come as no surprise to the Afghan people, especially those who suffered the dangers and indignity at Kabul Airport.

In our research with Afghan evacuees we have heard harrowing stories of the appalling conditions and utter chaos at the airport as the various foreign forces, including the British, struggled to properly assess and process the many thousands of people who sought to flee.

Liqman, a male evacuee, emphasised: ‘It was I think many, many times worse than it was seen on TVs’. A young woman who was accompanying her elderly grandmother described ‘there was a lot of people and everyone was pushing each other’ (Nasreen).

A man who went to the airport with his wife and young children, including a baby, became so fearful for their safety in the crowds that he advised his wife to return home:

‘Look at this crowd, if we go further, this little daughter will die, maybe the crowd will come together and press her, and she will die.’ I told her, ‘Go back home with my father and after that I will see what will happen’ (Ebraheem).

In the end, Ebraheem was evacuated without his wife and children who still remain in Afghanistan.

Participants recounted waiting in the crowds outside the processing centre at the Baron Hotel for several days. The conditions were atrocious and many of our interviewees described being without food and water:

‘the British Army were providing some bottles of water but not enough; they were throwing them to the crowd and those who are stronger or taller could catch it, all people couldn’t catch it. (Liqman)

Liqman who waited for two days and two nights outside the Baron Hotel with his young wife, mentioned the total lack of any facilities such as toilets: ‘especially it was really difficult for women, it was terrible.’

For those participants who waited in the queue with young children the situation was especially difficult. Baseerah, her husband and 4 young children soon ran out of the little provisions they had brought with them: ‘just sleeping on the ground with very warm weather and also lots of flies… just lying on the grass for two nights without proper food.’

Moreover, several participants reported hearing gun fire close by and were fearful of being hit in the cross fire. Baseerah explained  that the children were terrified because of ‘continuous gunfire and shots.’ Liqman reported that two people near him in the queue were shot.

As well as the appalling conditions, people were also very worried about getting through the crowds and be processed in time before the situation deteriorated even more. Despite having the correct documents, there seemed no guarantees about getting through to the airport and many had to wade  through a canal of filthy water trying to find British soldiers:

there is a big dirty water and I put myself there and I ask for the British Army. They answer me ‘no’ they are Americans.  I asked to the next soldiers, “Are you British?” They said, “No, we are German.” I came to the British soldiers at 7pm, they said to me, “You should wait for tomorrow at 8am,” and one night I was in that water…I showed my email to them, and they took me out from that and said, “You go.” (Ebraheem)

Some participants told us that the British authorities were reluctant to accept documents at face value: ‘they couldn’t trust our email document, because they say that, “Everyone has it and it’s fake.” (Malala). That young woman recounted her desperate efforts to get through to the British authorities. Having waded through the filthy canal for 4 hours shouting out for soldiers to accept her documents, she finally found two female soldiers who were willing to listen to her: ‘they find me inside the water, where I stood, and then I hand them my email, and then they noticed and checked my sisters’ name, and then we were allowed to get in.’

Our participants were immensely grateful to be evacuated and expressed their thanks to the British authorities. Nonetheless, there was also a view that many vulnerable people, who deserved to be evacuated, ‘were left behind.’ (Malala). Zaman explained that his brother, a senior Afghan army officer, had tried on several occasions to reach the airport, with his wife and children, but could not get through the crowds before the evacuation process was terminated. That brother is now in hiding in Afghanistan and Zaman is fearful for his safety.

Overall, there was general agreement that the evacuation process was precarious and having the right connections was often a key factor in negotiating safe exist from the country. As one of our key informants noted: ‘the emphasis on the connection with the British (government or army) that was used to organise the evacuation doesn’t map onto any of the international instruments that determine who should be getting protection’.

When Malala finally managed to get into the airport, she had to draw on her connections to influential British people, including a well-known journalist: ‘they interviewed me, and they also called {journalist} and the British Embassy in London. So they called and they approved that we were eligible to come.’ By contrast, Malala recounted the situation of a policewoman, who was at risk from the Taliban, but who lacked any influential connections was denied the opportunity to be evacuated.

Participants described the overwhelming sense of relief when they finally got on the planes to leave Kabul. However, their emotions were very mixed as they considered those left behind: ‘It was kind of joy that I was safe, and it was really sad that I leave my country behind, a lot of friends behind’ (Malala).

It is apparent that the evacuation was hurriedly arranged and quite chaotic with a lack of basic provisions including water and toilets.  Clearly, there was insufficient personnel on the ground to process the huge numbers who sought to leave. It is equally apparent that not all those who were most at risk, have been successfully evacuated. Our research findings suggest that knowing ‘the right people’, having good connections, was a factor in ensuring safe transit out of Kabul airport. It is necessary that lessons are learned, by government departments, and that any future evacuations from any other country do not repeat the same mistakes. 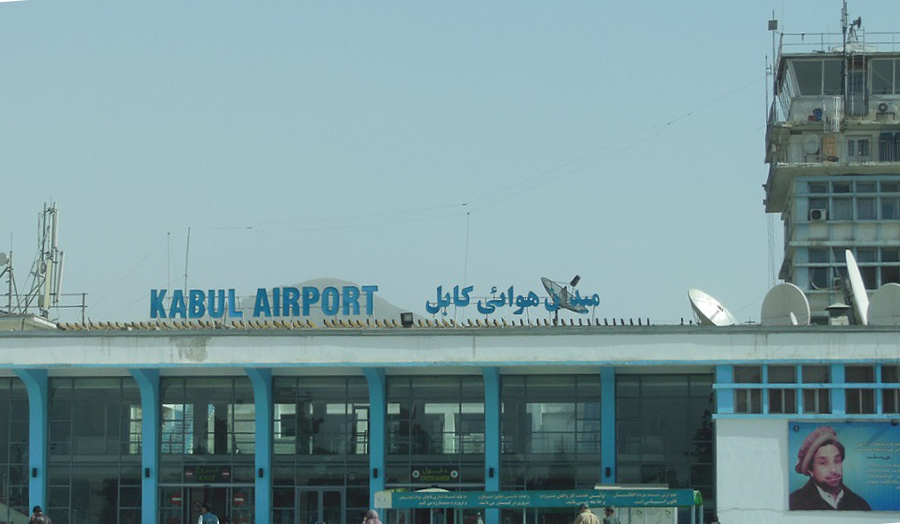