Look Listen Make Things News from the School of Art, Architecture and Design

Major artwork and solo exhibition by London Met Associate Professor Bob and Roberta Smith to be shown in the Harris from 4 June - 2 October 2021.

Associate Professor in Fine Art, Patrick Brill, better known by his pseudonym Bob and Roberta Smith, is set to have a major new artwork exhibited at the Harris - a local history and fine art museum in Preston, Lancashire.

The work will take the form of a huge banner adorned with the words Look Listen Make Things, which will temporarily cover the front of the Grade 1 listed Harris building.

In addition to the banner, the Harris will present a solo exhibition by Bob and Roberta Smith across its three special exhibition galleries.

On show will be some of his most well-known works such as the paintings A Letter to Michael Gove; Art Makes Children Powerful; Make Art Not War and a selection of his interpretive sculptural works including This Is Amy Winehouse.

The exhibition will also include several new pieces including a series of fabric banners made by Elizabeth Cake with key texts from Smith, and this will be the first time that all of his sculptures of key figures in art education will be shown together.

He said, "Look Listen Make Things is a huge brightly coloured banner with an image of a hand-painted sign conceived to joyously ask people to consider how we act and behave in relation to the world we live in. In artistic terms, of course, artists look at the world and then make images of it but what I have been interested in is how this process is not just confined to artists.

"Enter the Harris Museum or join the online portal and visitors are invited to engage with a series of works which explore this idea of 'Art for all .... Made by all' in more detail. Visitors will be greeted by sculptures of key figures in Art and Art education accompanied by banners which are emblazoned with large letter slogans.

"It's very exciting to see my work brought together in a major Museum in the UK for the first time. It's almost unimaginably mind-boggling to think we have made an artwork so large it engulfs the museum it was made for. It's a kind of Christo but with lettering.

"Museums have been closed for a long time now. I hope Look Listen Make Things is part of re-establishing art as a focal point not just for conversation but as a call for action to everyone. We are all creative, art is our human right."

Patrick Brill/ Bob and Roberta Smith is a celebrated British contemporary artist, activist, writer, broadcaster, musician, art education advocate, and keynote speaker. He is a Royal Academician, and in 2017 was awarded an OBE for services to Art.

He is a patron of The Big Draw and the National Society for Education in Art and Design. He sat on the Tate Modern Council and was recently a trustee of Tate. He is also a Trustee of Art UK and a contributor to the Guardian.

He has curated numerous public art projects, including the 2013 Art Party to promote contemporary art and advocacy. His works have been exhibited internationally, and are in collections in Europe and the United States. He is a member of the Centre for Creative Arts, Cultures and Engagement (CREATURE) at London Met, and recently contributed his practice research portfolio, The Secret to a Good Life, to the School of Art, Architecture and Design's series of portfolios. 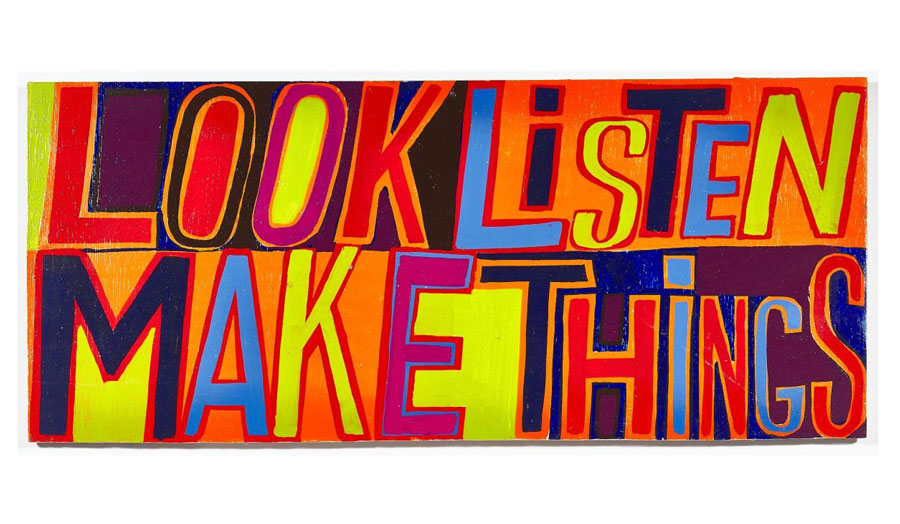