Audiences in their hundreds from around the world tuned in to the recent Final Cuts Festival, a series of screenings of our film and media students' work. Visitors were also given the chance to take part in live Q&A sessions with the students and course tutors. Organised by our School of Computing and Digital Media, the Festival took place between the 23 and 25 June.

Fiction work screened at the festival included a gory psychological horror, detectives drawn into a cat-and-mouse game and a comedy about a vegan-turned-competitive-meat-eater. Meanwhile, issues as diverse as knife crime, the world of dreams and Catalan independence were tackled in non-fiction projects. More avant-garde work included a piece putting dance to poetry, an impressionistic canal boat journey and a vignette about the Barbican centre. Unsurprisingly, the COVID-19 pandemic was a recurring theme explored in both documentaries and more poetic responses.

As an additional treat, film director and London Met alumnus Jesse Quinones visited as a special guest to speak to the next generation of filmmakers. Following a staff vote, the prize for best film went to Paul Welsh (Writer/Director) and Elena Montelongo (Producer) for Roher Beton and Chantelle Brown was recognised for best overall student contribution.

Delivering the festival was an epic production in its own right. A team of staff and students worked tirelessly - and remotely - to edit the films, create trailers and promote the festival in advance of the launch. Senior lecturers Suzanne Cohen and Jeremy Collins shifted seamlessly from coordinating the project backstage to assuming the roles of TV presenters for the live Q&A sessions. The staff were supported by an incredible student team who provided invaluable input in promoting and organising the events, among them Tamanna Molla, Chantelle Brown, Hoshil Jaikishor and Juliet Igbokwe. Particular praise must go to Spencer Samuel, the school’s Audio Visual Technical Demonstrator, who planned, coordinated and mixed the broadcasts for all three nights from an improvised television studio in his home.

Final Cuts Festival takes its name from the University’s popular annual Final Cuts screening which has run since 2012.  It launched at Dalston's Rio cinema, moving to BFI Southbank (National Film Theatre) from 2013 to 2019. The festival also incorporated the successful annual Media Show which has taken place on campus for many years. While the screenings were a huge success the team are hoping to be back in a live London venue for the 2021 event.

Suzanne Cohen, a Senior Lecturer and one of the event coordinators and presenters, said, “We knew we couldn't do the screening in the usual way given the lockdown, but we thought 'the show must go on' and we went for it!”

Congratulating staff and students on the event, Dr Noel-Ann Bradshaw, Head of our School of Computing and Digital Media, said “I was so impressed by the work the students had done, there was such an exceptionally high standard and the pieces were incredibly moving and powerful in places. The whole thing was incredibly professional and the live Q&A in between each film was also brilliant. I can honestly say this was one of the best student events I have ever been to!”

Final Cuts Festival was the first in a series of events from the school. On Friday 3 July the music technology area launched their summer showcase site with a zoom celebration for staff and students, whilst showcases from other courses are hosted on this website.

If you missed the festival, don’t worry: edited highlights will be available soon, and in the meantime you can enjoy the extended Final Cuts trailer. 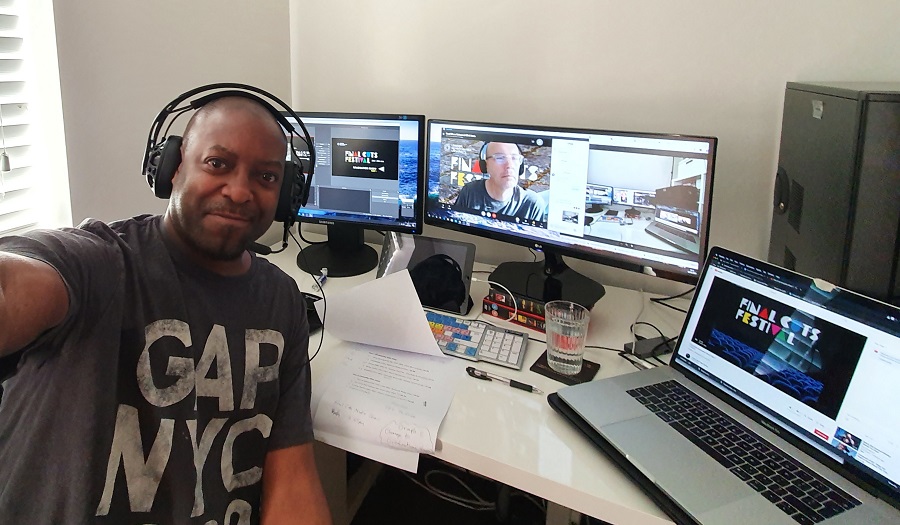