Online festival will showcase outstanding film and media work from students of the school of Computing and Digital Media.

FINAL CUTS the first online festival of outstanding documentaries, short films and animation by students at the School of Computing and Digital Media at London Metropolitan University will take place from 23-25 June. The three screening events will include thought-provoking Q&As with the filmmakers, plus special guests.

The films showing at The Media Show on 23 June from 7-8.45pm have been curated from a variety of courses in the school including Extended Degree Film, Photography and Media, BA Media and Communications, BA Journalism, Film and Television Studies, BA Media and Public Relations, MA Digital Media and MA Creative, Digital and Professional Writing.  Chasing Humans is a short poetic film which takes a mother's perspective on knife crime and seeks to change the stereotypical image associated with young black men in London and the country.  Chimera is a short about a surprise birthday party with a difference, Barbican is a haunting vignette set at the brutalist landmark  while animation Insomnia captures the harsh experience of sleeplessness.  There is comedy in Indigestion about a vegan turned competitive meat eater and gory psychological horror in the thriller Cut-Throat. Under the Pillow looks at the meaning and purpose of dreams including those of students on lockdown, while in F***k You COVID-19 home and international students reveal how the pandemic has interrupted their studies and concludes with their version of a graduation party, compensating in part for all that they have missed out on.

From 24-25 June, 7-8.30pm dramas, comedies, documentaries and experimental work by graduating students from the Film and Television Production course will take centre screen. Fiction films range from the hard-hitting to the more light-hearted. In true crime drama Grace a young teen is brutally murdered by her ex-convict lover while The Lie Behind The Truth sees detectives play a psychological game of cat-and-mouse with an assault victim. Roher Beton, an avant-garde drama sees a frustrated man attempt the murder of his noisy neighbour. Comedy dramas include Turning Tables in which three slacker housemates try to avoid being evicted and Singleton follows its protagonist as they return to the dating game.

Non-fiction work will include Cupboards, a dance/poetry film shot in Paris based on a poem by Berta Freistadt, made in collaboration with poet Leah Thorn. Songlines, an avant-garde documentary follows a girl seeking escape on a canal narrowboat, while political documentary Veniu,som gent de pau offers a personal look at Catalan independence. The COVID-19 experience will once again be addressed by students in To Be Alone is To Be Alone a poetic exploration of isolation and The Virus That Stopped The World a documentary looking at how COVID has affected friends and family across the globe.

FINAL CUTS FESTIVAL takes its name from the University’s popular annual Final Cuts screening which has run since 2012 when it launched at the Rio cinema, and then at the BFI Southbank ( National Film Theatre ) from 2013 to 2019. The festival also incorporates the successful annual Media Show which has taken place on campus for many years

In the meantime, enjoy the festival TRAILER , Read the Programme Final Cuts 2020 Programme (revised) and keep up with the latest news on the festival twitter account. 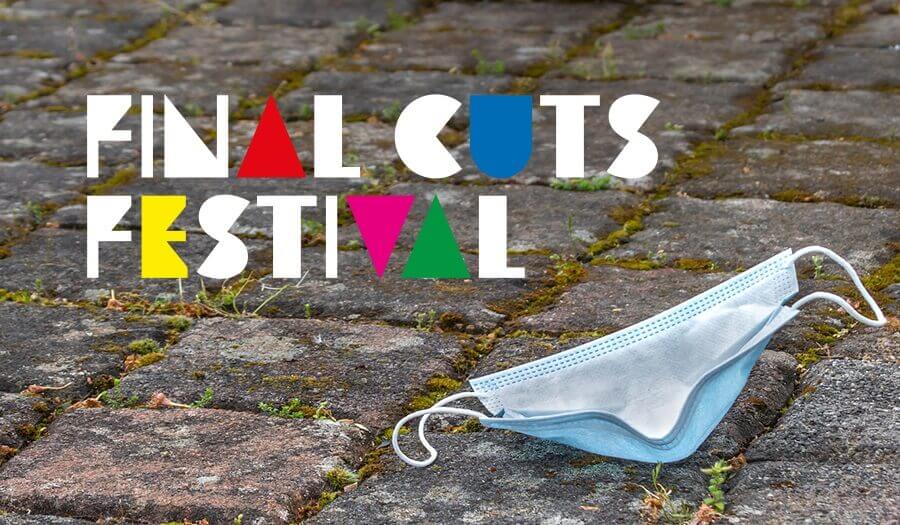