Our social media ambassador, Aaron, talks about his time at London Met over the last three years.

As I near the end of my Journalism degree I feel that now is the best time for me to reflect. Not only to reflect on what’s been a fun journey, but also a learning curve. Hopefully my journey can inspire and allow you to take something away from it!

On 3 October 2017, I walked through the entrance of the Holloway campus for a 10am class. I had no idea what my tenure at London Met would entail, but what was to follow provided me with fun, friends for life, opportunities, and most of all, life lessons.

On the same day as my first lesson, I immediately headed for the Students’ Union (SU), as I was eager to join the media team, Verve. Before I knew it, not only was I hosting my own radio show but also writing for the magazine, and then a few months later working in the SU. I owe a lot to the staff at the Students’ Union past and present, as they made me feel welcome.

Being a part of Verve Media in my first year was the first step I took to becoming comfortable at London Met. Academically, as the year progressed, so did my work. I was getting to grips with everything, thanks to the journalism department staff who gave me a confidence boost and the self-belief that was much needed.

In the summer of my final year, I was fortunate enough to be able to be part of an advertisement for the University. Whilst it wasn't Hollywood, I had always wanted to feature in an advert, so this was a cool experience.

Second year – an unforgettable one

What awaited me in my second year was nothing short of memorable. Both academically and outside lessons, this year was about to provide me with opportunities I would never have thought would fall my way.

In June 2018, I was appointed Editor-in-Chief of Verve Magazine. Growing up being the editor of a magazine was on my ever-growing list. To be able to tick that off, was something I will not ever forget. In freshers’ week of that year (September) my first edition of Verve Magazine was published and still to this day it holds a lot of sentimental value to me; it always will.

Continuing my work with the SU, enjoying every moment and making new friends all the time, it truly made my second year at London Met my favourite year. It seemed like only yesterday the SU took a chance on a young lad with little experience, but through my own work, it paid off.

Once again, I was part of an advert for the journalism course, something I thoroughly enjoyed doing.

In April 2019, I spent two weeks working at Sky News and Sky Sports News. Thanks to the head journalism lecturer Wendy Sloane, I was provided with an amazing experience that I will never forget. This too was something I had dreamed of, and to be able to tick that off my list was a proud moment.

Another year, another freshers’, but it would be my final one. The year was heavy but that was much expected as it was the final push in my degree and three years at London Met.

Prior to the year beginning, I joined the social media team as an ambassador with several other students. I would highly recommend joining them! It is a lot of fun, creativity, working with great people – and it’s paid!

The marketing team provided me with great opportunities to help them, which was something I am eternally grateful for and learned a lot from.

Working on my final project has been a lot of fun, as it allowed me to pick my topic of choice and get creative with it. Despite the tough moments of loads of assignments and deadlines, it has taught me to be more consistent with my work, especially with added pressure.

Reflecting on the journey

In what has been an amazing journey at London Met, not only have I made friends and memories for life, but I have also been able to grow from a lost 19-year-old boy into a man, ready for anything.

Always look forward and not behind, for the reward you seek is ahead of you. 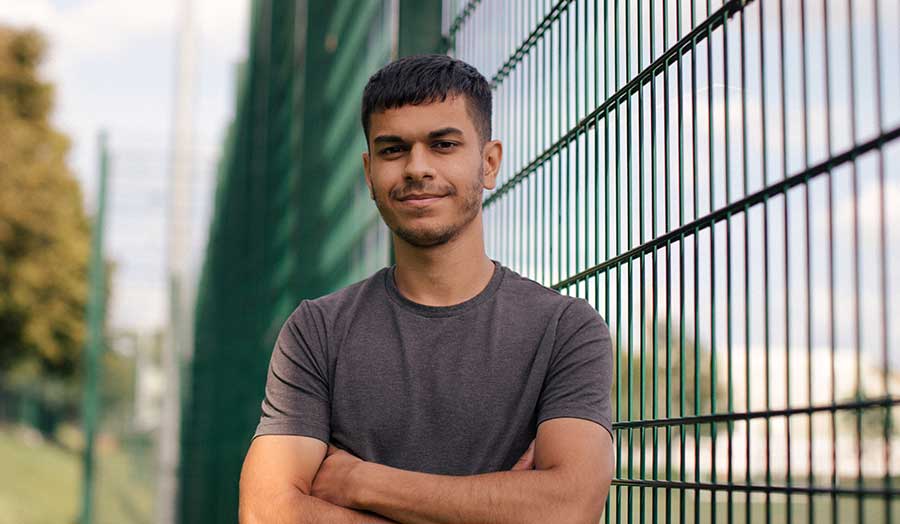 "In what has been an amazing journey at London Met, not only have I made friends and memories for life, but I have also been able to grow from a lost 19-year-old boy into a man, ready for anything."