As part of LGBTQIA+ History Month, our social media ambassador Yasmeen talks about her experiences as a bisexual woman and how London Met supports that community.

London Met has not only helped me express myself freely and be proud of my sexuality but also to be proud of my own self-acceptance. This isn’t just because of our Pride lanyards, but also because of the community within the University, both staff and students. The whole University is a safe space to be who you are without any judgment whatsoever.

I realised I was bisexual when I was 15. When I was younger, I knew I always felt something towards girls but I wasn’t sure what it was. I remember when I was 11 and I had just moved back to Dubai from a boarding school in India, and I was just trying to make friends. As many of them will tell you now, I’m a pretty affectionate person so the word “love” was something I could use easily, even towards friends.

I switched schools when I was 13 partly because I was bullied, not because I was a “lesbian”, but because of my height and looks. All of this really affected my self-esteem and I hated myself.

There’s a bright side though; I made amazing friends. One friend told me she was bisexual when we were 14 and that was the first time that I learned that there was nothing wrong with me – and there were others like me.

I still didn’t fully accept who I was until a year later, when I realised that I had fallen in love with one of my classmates. I never told her though, but I did come out to her and a few other friends and they were all extremely supportive.

The support and acceptance I received encouraged me to come out to more people but sadly (long story short) I was blackmailed and basically forced into coming out to my parents. They didn’t really accept that part of me, mainly because of my age and so they thought it was a phase but it didn’t matter so much because I accepted myself and that’s what I chose to care about.

I moved to England when I was nearly 16 and I decided that I was going to embrace myself, so I was open about my sexuality. Since I had never been with a girl before, coupled with the fact that I leaned more towards boys, I had to face unsolicited comments like, “You’re just greedy and you need to pick a side already” and “How do you know if you like girls if you’ve never been with one?”

It’s been nearly six years since I came out and I still haven’t been with a woman, but that doesn’t matter to me. I accept myself completely and only I will know my feelings towards women and so, I find validation within myself, and you can too.

I remember in one of my uni inductions in September, one of my professors said that we should tell him if we have preferred pronouns so he could refer to us with said pronouns. I was shocked when he said this, because I wasn’t used to such an inclusive and open mind. I later learned that this was true for most of our lecturers and though this didn’t apply to me, I felt a lot safer here to be myself.

Together, the staff and students at London Met enforce the idea that it doesn’t matter who you love, just that you love.

Happy LGBTQIA+ History Month everyone! Spread love wherever you go. 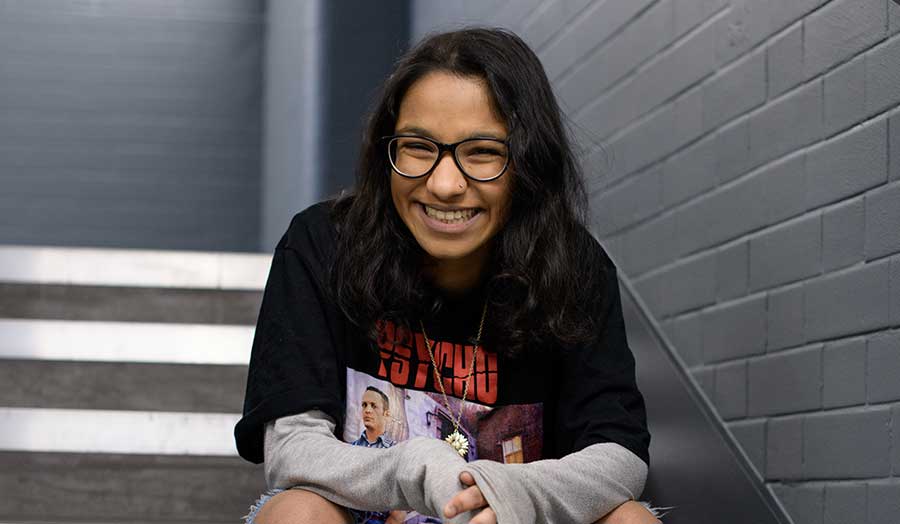