“Weight or Lightness?” asked Milan Kundera, in his 1984 novel The Unbearable Lightness of Being.

This year, Unit 08 will explore lightness in architecture – of material, construction, and crucially as a disposition that favours touching the earth lightly. We will test this architecture by proposing buildings with a civic dimension in Battersea, where a combination of WWII bombing, post-war reconstruction and indulgent contemporary development have shaped a complex, disjointed urban fabric.

The ethics of building will continue to influence our work. In this context, we are concerned with communicating meaning and continuity – or weight – in the language of architecture. We hope to use composition as a primary tool, and challenge Kundera’s question as a false dichotomy.

As our culture critically re-evaluates its use of resources, the Unit will question what tools still remain to the architect that transcend these concerns. Through reading, reflection and proposal, we will pursue an architecture that is irreducible – one that contains urbanity and continuity within the lightness of its approach. We will consider the complexities of lightness in architecture critically – studying built and unbuilt examples together with our programme of seminars on architectural theory.

We will travel to Berlin, and reflect on its legacy of critical reconstruction. Looking back to OM Ungers and Rem Koolhaas’ 1977 manifesto The City Within the City, together with their proposals for renewing a fragmented post-war Berlin, we will define and question architecture as artefact – condensing urbanity and public life into the scale of the finite, singular project. In turn, we will consider the legacy these architects have had within contemporary practice and theory.

We begin the year collaboratively, working with Ghent-based Architecten de Vylder Vinck Taillieu and Philip Christou. We will travel briefly to Belgium, and through drawing and large-scale models we will survey exemplary Flemish architecture of the past century as a site for irreducible architectural gestures.

Our sites will be scattered across Battersea. Carefully drawn, photographic and modelled survey of existing places will inform initial public architectural interventions in semester 1. Later, we will conclude the year proposing buildings that overlay public use and education within a singular project, deploying lightness and weight toward a renewed civic life. 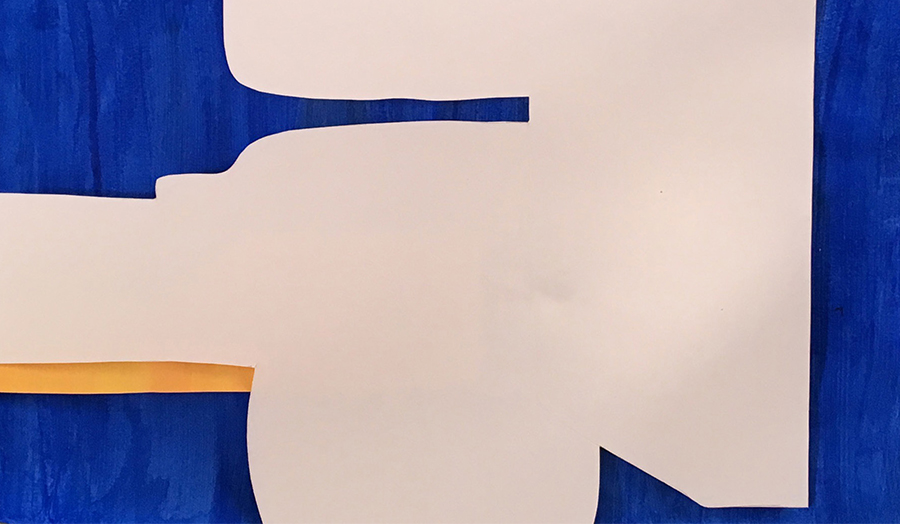 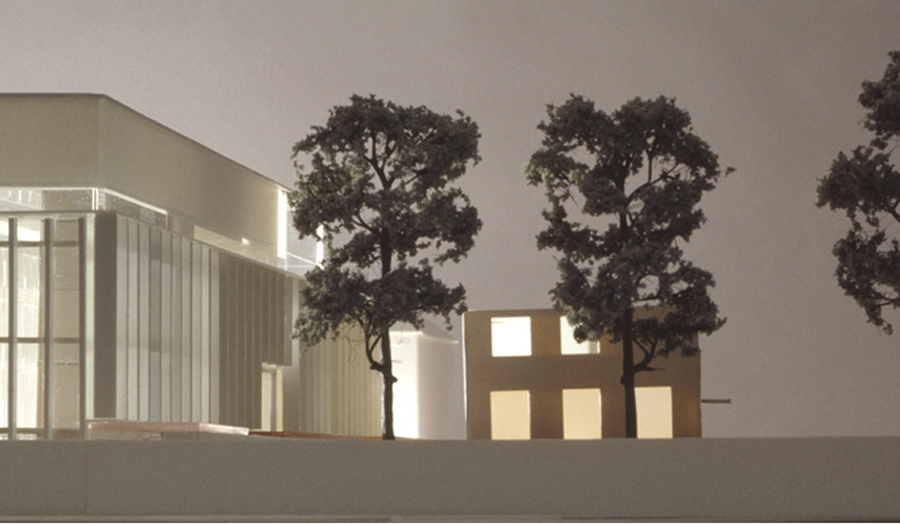 1. In a location in Regents Park: Design an Embassy, consisting of a Residence, the house of the Ambassador, and a Chancellery, as well as the offices of the Embassy. 2. Concurrently, study aspects of the location, and an architect from a list given. 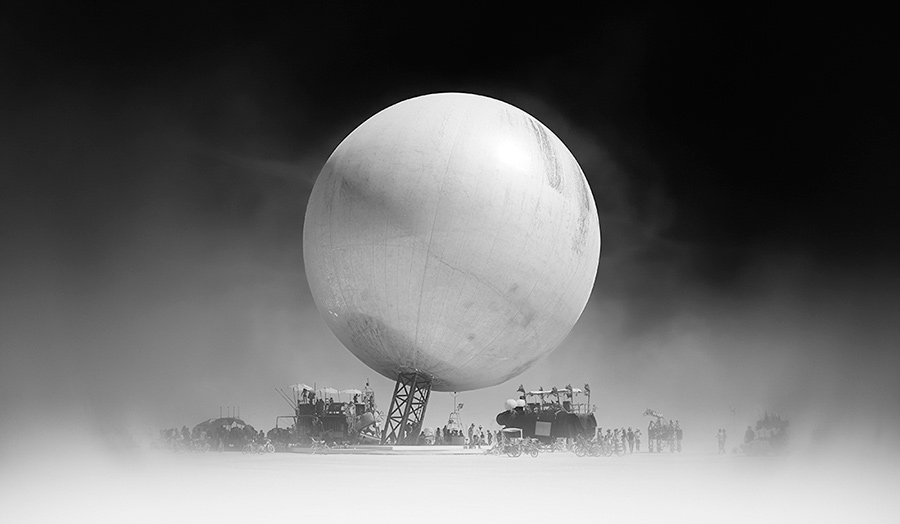 Unit 04: The Space of Event

Our course of study and proposition takes on the mutable and adaptable spatial and architectural strategies around events, gatherings, demonstrations, spectacles and large-scale societal interchange. 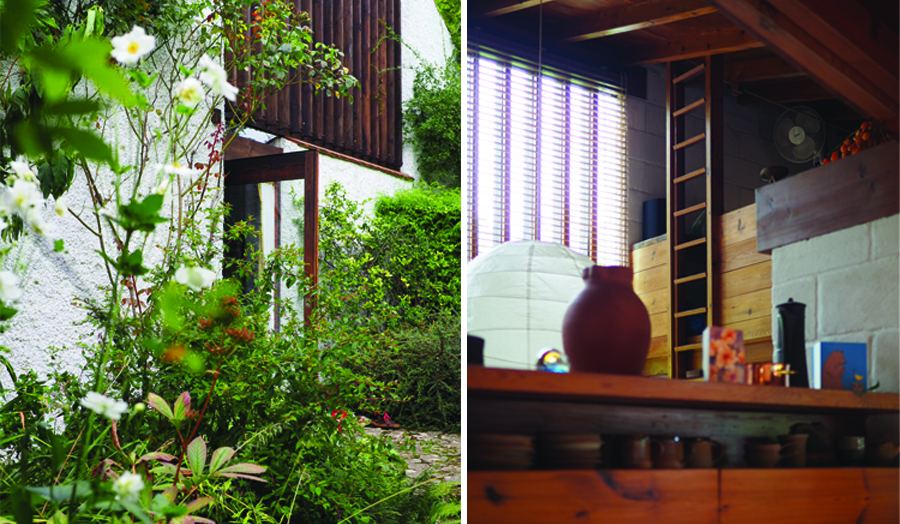 Unit 05: The tectonic language of timber

This year’s programme considers the implication construction methods and materials have on the landscape. We will explore the tectonics of timber construction to form tactile and expressive collective housing, buildings with a civic gravitas and urban gardens. Cement is prohibited. 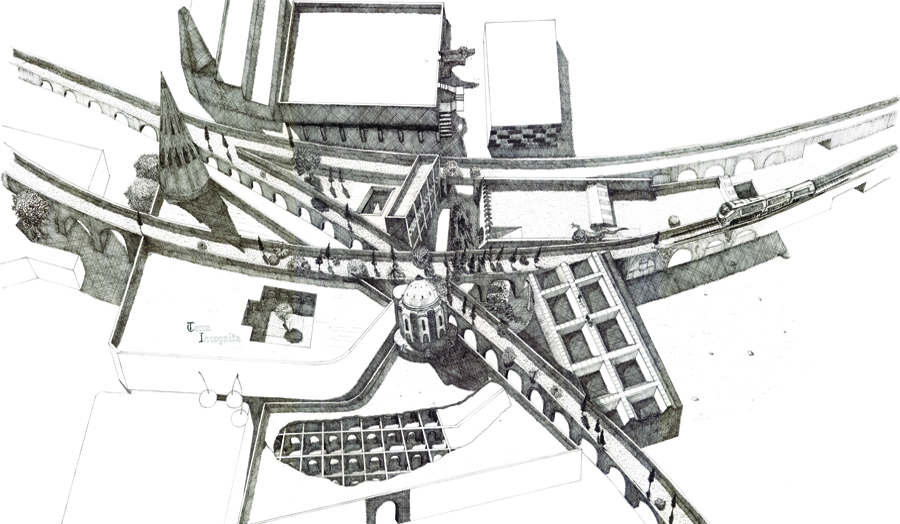 This year Unit 06 will focus on the contribution that architecture can make to the integration of refugees into a host community. Students will be offered a choice of: Athens, Greece; Calabria, Italy; or Freetown, Sierra Leone (Year 5 only). All three are migrant gateways, and transitional settlements for the uprooted. 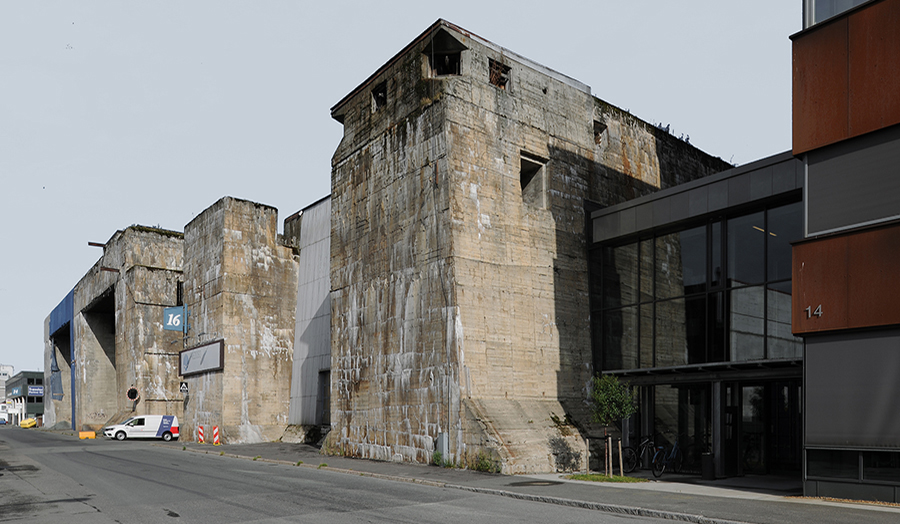 This year’s major design project, run in parallel to a program taught by Professor Geir Brendeland to students at NTNU, will address the future life of a former submarine bunker - Dora II - in Trondheim, Norway. The Unit has also been invited by the city to design and build an ambitious timber structure within the bunker that will perform the dual functions of exhibition space for archival photographs and a gathering place for organized and more informal events.

Unit 08 will explore lightness in architecture, crucially as a disposition that favours touching the earth lightly. We will pursue an architecture that is irreducible – one containing urbanity and continuity within the lightness of its approach. We will propose buildings with a civic dimension in the complex urban fabric of Battersea, overlaying education and public use within a singular project, and deploying lightness and weight toward a renewed civic life. 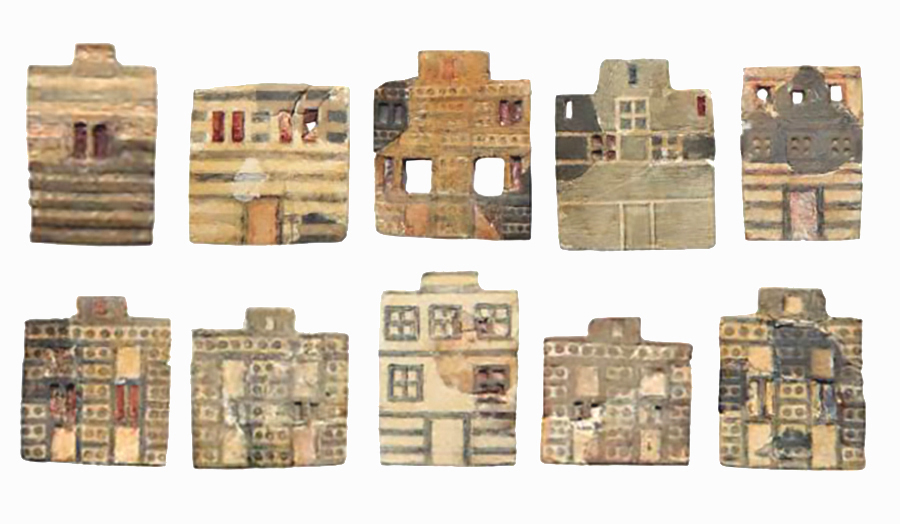 Unit 09: Between room and city

This year Unit 09 will explore the potential of the architectural facade to make a meaningful contribution to the streets of London. Against a current of introverted and commercially minded co-working and co-living developments, that have emerged across the city in recent times, our design research will investigate the design of buildings with a figurative presence on the street and of spaces that promote social interaction and collaboration for living and working. 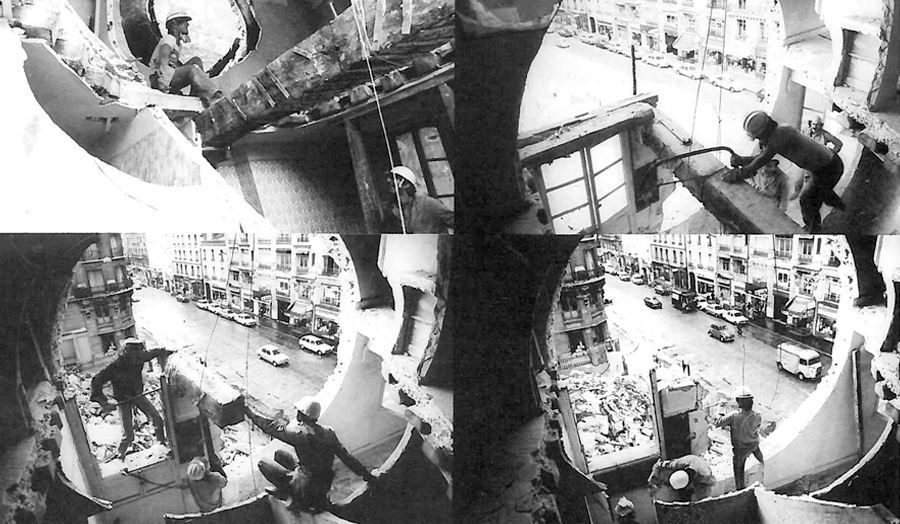 Unit 12: Everything is Transformation

The studio will make propositions for a new architecture school for The Cass at its site in Aldgate. The year’s work will focus on a transformation of the existing buildings. 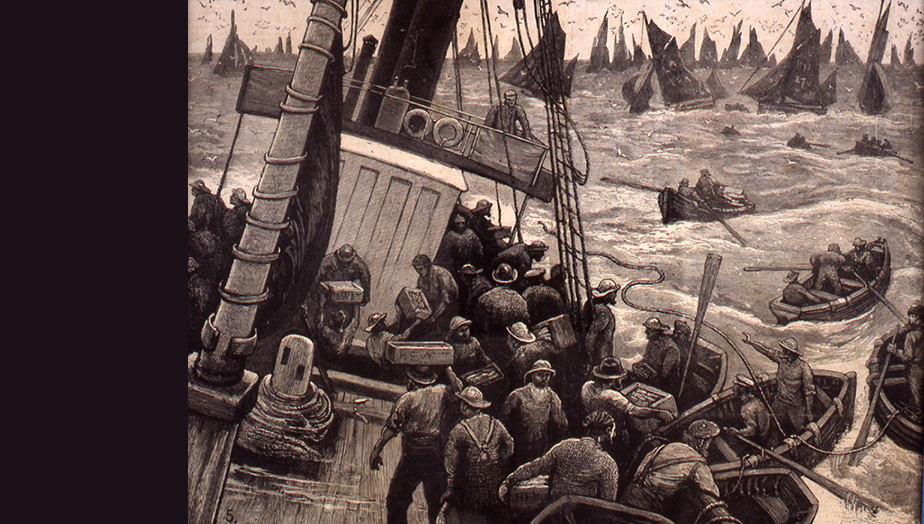 Unit 14: Mad about Barking [and Dagenham]

Unit 14 has been invited by Barking and Dagenham Council to work in the borough again this academic year, after a highly successful collaboration last year researching and making proposals for the newly formed Creative Enterprise Zone along the River Roding. This year we invite students to speculate on what constitutes an inclusive public realm and to design scenarios for exchange which impact positively on the extensive new mainly commercial development under construction in the borough. 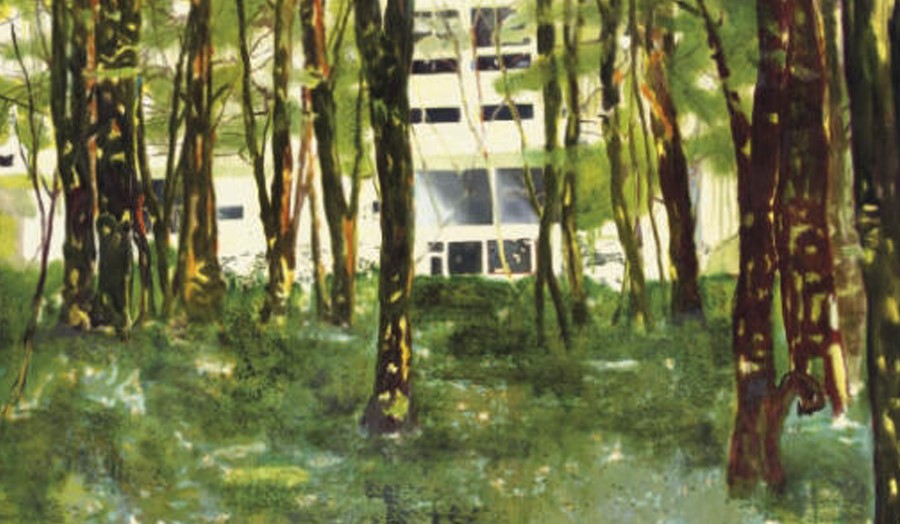 Unit 15 will explore how architecture can respond to challenges facing society and the environment today through collaborative research and projects in Bridport, Dorset. Working with the local think-tank Stir to Action, Wessex Community Assets and the environmental arts group Common Ground, we will use detailed contextual research and material investigations to develop projects on two sites – the first in an industrial context in the town and the second on a rural site on the edge of Bridport.