Lines through the City The Centre for Urban and Built Ecologies

The project connects, extends and amplifies the place-based research conducted over the last 12 years by Professor Maurice Mitchell and Dr Bo Tang (Architecture of Rapid Change and Scarce Resources - ARCSR) and by Dr Beatrice De Carli (ASF-UK) in transitional settlements in Freetown, Sierra Leone. The aim of the project is to support the development of robust research partnerships with local and international institutions working in Freetown on questions of urban development, architecture, social cohesion and community engagement.

Studying the affordance of physical elements in the setting including rivers, railways and settlement edge conditions have driven previous research providing a resource base on which to found a common research discourse.

In order to provide a vehicle (conceived as an ‘urban imaginary’) for the collective ‘voice’ (Appadurai, 2004) of informal settlements in Freetown already studied by ARCSR and/or ASF-UK on which we have physical and cultural data recorded in reports and publications, we have provisionally adopted the concept of physical ‘Lines through the city’ based on perceived hypothetical shared affordances along the four physical lines of: coast line, contour line, river line and forest line.

This project draws from the combined networks, expertise and track-record of the applicants to consolidate the work that ARCSR has done to date in Freetown, ground it in partnerships with local institutions, and amplify its potential for innovation and impact. The team’s past and intended research focuses on place-based participatory practice and live making exercises, as a means to enhance the capacity of informal settlements’ residents and their support networks to imagine and transform the context in which they live. This process of community engagement and empowerment generates unique knowledge about the nature of cities and urban development, and provides opportunities for knowledge exchange and the promotion of community cohesion. It is expected that this research project will prepare the ground for a further field trip to Freetown during the next academic year which will initiate a new phase of ARCSR research in Sierra Leone. 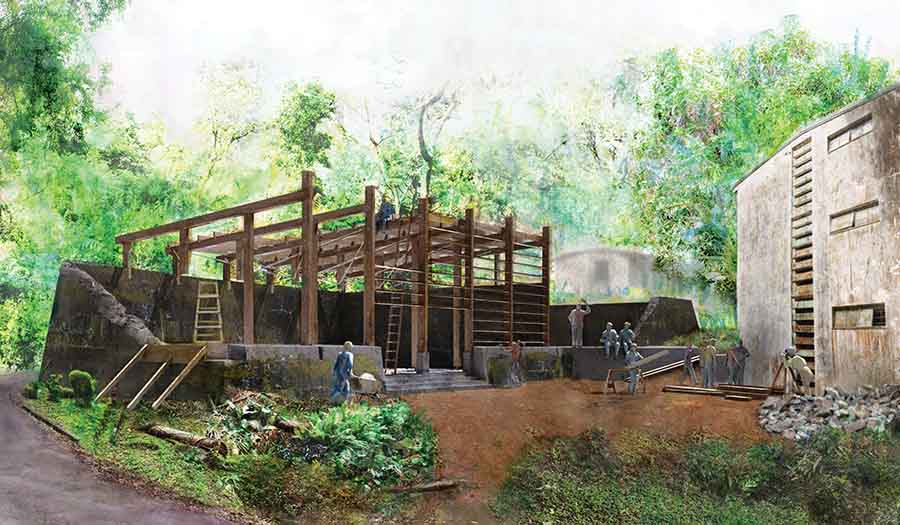