Trump, Television and the Media: From Drama to “Fake News” to Tweetstorms

The election of Donald Trump in November 2016 initiated a presidency that has become the most media-driven and media-critiqued in American history. Trump’s constructed identity as a media celebrity has been a central element of his political style, as he exploits a variety of media for political messaging. At the same time, television and the media more broadly has quickly become attuned to the extraordinary climate and fast-paced news environment of a presidency that constantly challenges administrative and political norms. As television addresses the contemporary era in genres from drama to satire, the boundaries between fact and fiction, realism and excess seem increasingly difficult to locate. All of this has occurred within a national experience that includes the unleashing of massive divisions within American culture, the televised impeachment hearings of a president for only the third time in US history, a deficient response to the COVID-19 pandemic, and marches protesting police brutality and racial injustice that have spread globally.

This two-day virtual conference, hosted by the Media, Culture and Creative Technologies Group in London Metropolitan University’s School of Computing and Digital Media, brings together an international group of speakers for an exploration of this extraordinary era in American politics and media. Organised by Dr Karen McNally, Senior Lecturer in Film and Television Studies, the event includes talks on themes from the engagement of fictional drama, comedy and reality TV with the Trump era, to the representation of Donald Trump through journalism and television news media, and Trump’s use of television and tweets as political strategies. The conference will also include a keynote address by James Poniewozik, Chief Television Critic at the New York Times and author of Audience of One: Donald Trump, Television, and the Fracturing of America, as well as a special panel on Black Lives Matter video essays.

We look forward to having you join us in this free, two-day virtual reflection on how the convergence of Trump and the media has affected America’s cultural landscape and the nation’s politics. Registration is required in order to access the event. 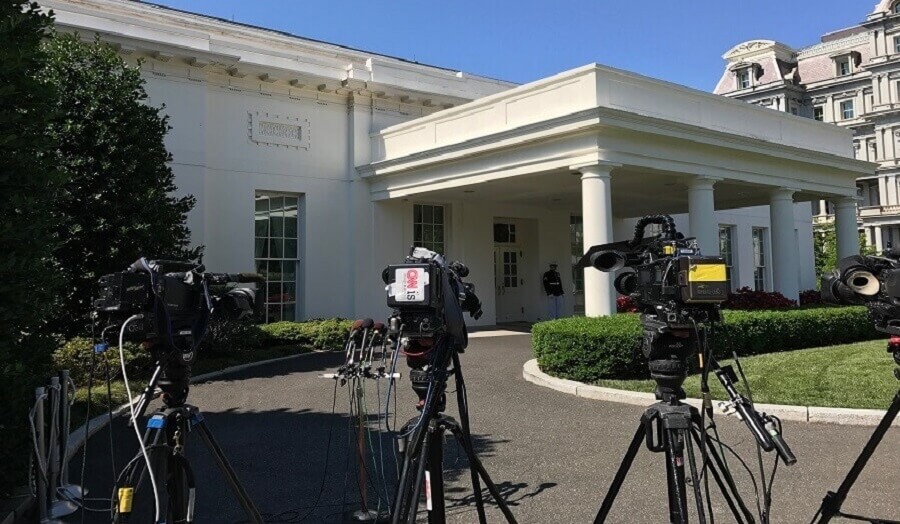