João Marques Lima is Editor-in-Chief of Data Economy, an international technology business news and opinion website, magazine and broadcaster that he founded in 2016. He has won awards such as the 2019 PPA 30 Under 30 award, has ranked in the Top 100 M2M Influencers of 2016 and features in the list of IoT (Internet of Things) thought leaders to watch in the next four years. João graduated from London Met’s Journalism BA course in 2014, and has worked as a reporter at Computer Business Review, and also gained experience at the Daily Mail, Channel 4 News, Channel 4 and The Guardian.

We hear that your newspaper career began at the tender age of 12. What made you passionate about journalism from that age?

I first had contact with newspapers in primary school, at the age of five when I used to contribute to the school’s paper (not really with words, more with drawings). I carried on with that until I was 10 and moved to a different school. That school didn’t have a paper, so I made the case to create one. I was lucky to find support in two of my teachers and we put the case forward to the school’s director, who liked the idea. We reached out to other local schools and invited everyone to contribute.

I can’t remember exactly how many schools got involved, but I believe at least five or six did with contributors ranging from one and two year-olds to 18 year-olds. That was the publication I started when I was 12 and I still have some copies back in Lisbon.

I’ve always been passionate about this journalism life because at the end of the day it's all about communication and engaging with people, learning about new and different people from all backgrounds and ages and really telling their stories. I also enjoy the entrepreneurial side of setting up and running a title very much.

Can you tell us a bit about your background and what led you to study journalism here at the Uni?

I was born in Lisbon and lived there for 18 years before moving to London. I always enjoyed news and current affairs, but I thought a career in architecture was something I really wanted to pursue. However, I’m not the greatest at drawing… I love building things – which I still do! – but drawing really isn’t my strength. So, I thought about it and decided to pursue journalism.

The real driver for me to follow journalism was my dream to become a war and catastrophes reporter. Unsurprisingly, my family did not support that idea, but they supported the journalism route, and I went with it.

The application system in the UK is different to the one back home, so I just researched the death out of every university in central London. I looked at costs of living, campuses, possible jobs close by and of course, what the journalism courses offered.

When I came across London Met, one (on the lighter side) I found that a famous Portuguese actress who was in NCIS as a special agent attended the Uni years before, and two, London Met had just invested in upgrading the media facilities. I also checked out some lectures and was quite pleased with their backgrounds. Additionally, I looked at some of the previous graduates, and I thought this would be a good option. And it was!

As founder of Data Economy, what challenges did you face in setting it up, and where would you like to take it next?

I tend not to look at things as a challenge but as an opportunity to improve. If something becomes a bit more complicated, the best thing to do is to step back and evaluate what you’re doing. “Is this worth my time?” – that is probably the biggest challenge I faced, learning how to answer that question and becoming better at managing my time and the minutes, hours or days I spend on something. Setbacks are a common thing in life and we just have to keep going and focus on the positive outcomes.

When we launched, I was exclusively working for Data Economy as a one-man band. I did that for just over 18 months and worked as hard as I have ever worked to ensure the brand would grow and get recognition in a market where 20+-year-old publications were already operating. How you keep going? By feeding from the small victories. Every day, every week, every month, every year. Feels good to look back now and see what the title has become and how much it has grown.

We also launched at a time – 2016 – when a lot of B2B publications where going through mergers, being shut down and quite a few journalists were being made redundant. We went fiercely against the stream there and proved that there is still space for new publications in the modern day and that even print is not dead.

As for what's next, me and my team have a lot of ideas of where to take the publication. For now, my main focus is to ensure the success of our new event, the Data Economy Finvest Summit & Awards, to be held in Zurich in 2020. This is the first main event that I'll be fully in charge of. Ensuring the event goes well without forgetting everything else we do online, in print, with videos and podcast, as well as market reports, is the goal for the moment while keeping the brand growing in terms of readers and revenue. You can expect some exciting new stuff from us before the end of 2019...

One of your recent interviewees was of the Prime Minister of Luxembourg. What’s the most challenging part of interviewing someone at this level?

I found it more challenging interviewing a Cisco engineer a few years ago than a political figurehead; I’ve now added a few more names to my portfolio. One thing I learned at uni is that there are no stupid questions. Sometimes it’s easy to become overwhelmed with these sorts of spokespersons, but at the end of the day, that’s what they are, people.

One important thing is to remain in charge of the conversation and get what you want from it, be it a policy, be it recognition for the sector you’re writing about which these sort of people don’t usually directly speak about, or anything else. Most importantly, you just have to do your homework, and that is valid not only for senior leadership but anyone you interview.

With the PM, you don’t get to speak to people at this level often, so at the end of the day, just don’t mess it up and enjoy the ride. Have a chat, let it flow, don’t pretend you know everything because most likely you don’t, and most importantly, enjoy.

As for the real challenge, I would say locking in a date and time is probably the hardest bit. That took several months! But he wasn’t my record... the longest that an interview has taken me to sort was with a Silicon Valley CEO and that took two years to arrange! So never give up and don’t be afraid to try, and try, and try again.

What’s your fondest memory of your time at London Met?

I think the day I did my work placement presentation about Channel 4 News. I remember being very excited about that and that some buzz had already been built. In addition to Simon Cadman being in the room, my lecturers Victoria and Wendy also joined us to hear about my week there. That really is when I went from feeling like a student to being a journalist.

I also really enjoyed producing a magazine in year two – The Realist – where we went out to speak to people facing human rights hardships. We covered things including corruption in Russia, the war in Crimea, evictions in Brazil for the construction of the World Cup stadiums and so on. It turned out to be a very interesting edition that I got the chance to design and really get to grips with putting a magazine together with a fresh look despite the ‘heavy’ content.

Can you tell us more about your work placements whilst studying?

My breakthrough really was the week at Channel 4 News, which I have to thank for to Simon Cadman. That was an eye opener to the real world and got me even more excited! I did a lot of work to get there before I landed it, but without his support and advice maybe it would have never happened.

All the work placements I ended up doing, especially Channel 4 News and the Daily Mail, really showed me the need for speed and kicked in me that spirit of not wanting to miss a beat in the news ecosphere. Be first or go home. Reporting what’s reported doesn’t cut it.

It was interesting to see the differences between print, digital and broadcast in practice. The different preparation that goes into each one of them, the way deadlines are dealt with, how to deal with the unexpected, how to work breaking news, check facts, how different desks and departments interact and talk to each other, etc. All these experiences taught me about the world, and a large majority I have been able to implement at Data Economy.

The flexibility to use the newsroom facilities, the quick response from lectures on different topics (either via email or phone) and the ease of renting out filming/recording equipment. No hassles at all and things were always charged and clean, ready to go!

What makes you love living in London?

I feel London to be the central capital of the world, where west meets east and east meets west. Working for a global publication, the timezone also works a lot in my favour. I’ve had the opportunity to travel to a good number of places around the globe, and London still comes down to be the place I feel happy to call home (followed by New York and Tokyo).

You get to see the world in London. The mix of cultures, races, religions, and so on, that you get to deal with frequently is an amazing life experience that really grows you and grows your emotional intelligence.

Did you find it easy to make friends at London Met?

I met some really good people at Uni who I’m still in touch with and we mutually helped each other through the course and post-uni. I’ve had friends reviewing my CV, and I’ve reviewed their CVs. I’ve supported friends in harder times and so they have done the same to me.

It’s definitely important to build a good scoop of friendships that stay for life. It’s not about numbers, but about quality. One good friend that's there for the best or for the worst is better than 10 that are there only for the good moments.

The way the newsrooms are thought out – especially being exclusive to journalism students – is a great plus to cement these friendships. I might have used the library two or three times in the three years of the course, but I spent hours and days in the newsrooms, where other people are on the same page as you and you can help each other. For me, having that constant journalism spirit – especially with deadlines – helped to forge some key pillar friendships.

Do you have any advice for people thinking about studying at London Met?

Just go for it. The support is there – if you put the work in, things will eventually work out. This is the time to make mistakes and not be afraid to make them, that’s why the Uni's there, to support and teach you how to deal with mistakes. Face Uni as if it's the real world. 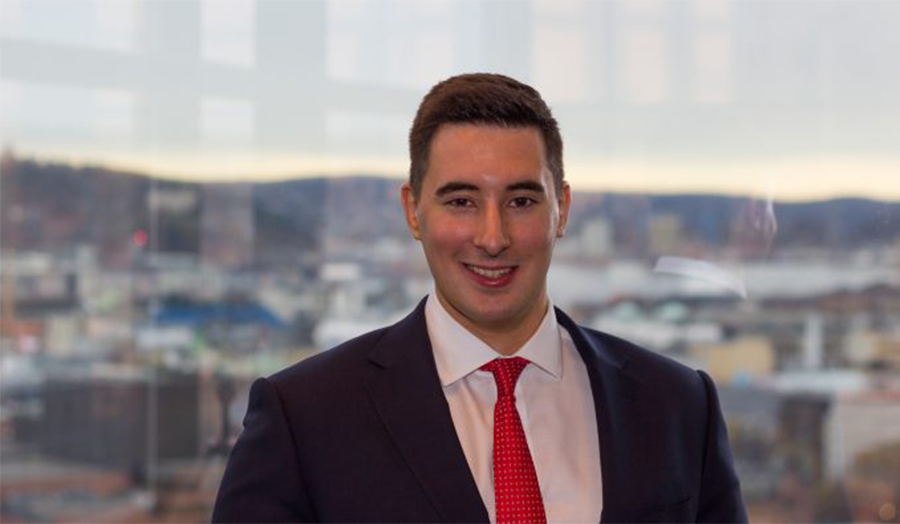