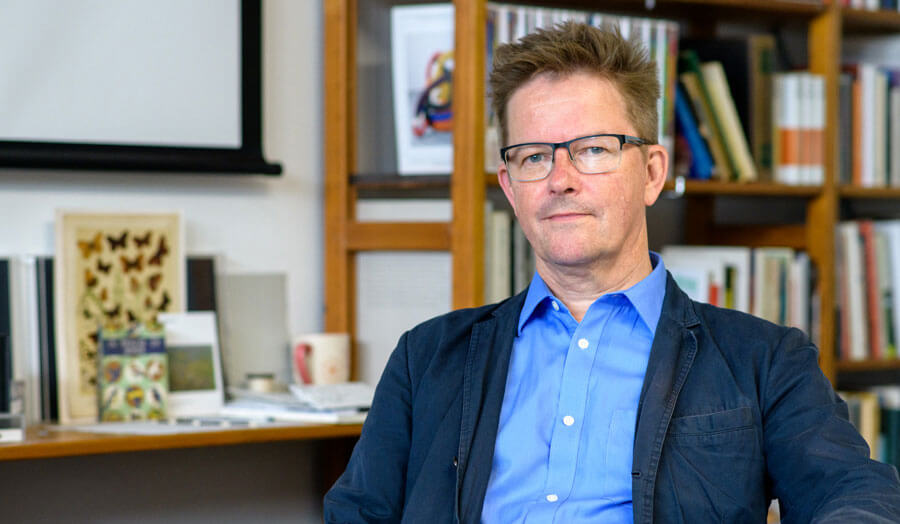 Professor Christian Frost qualified as an architect in 1990 following the completion of his studies at the University of Cambridge. He worked in practice, at home and abroad for over ten years before becoming a full time academic in 2001 when he began to research the history of the foundation of Salisbury which has resulted in the publication of his book Time, Space and Order: The Making of Medieval Salisbury (Peter Lang, 2009).

Professor Frost’s research interests are built off his work on his postgraduate research in architecture related to the transition from the Roman to Christian ecumene with Dr Dalibor Vesely and Professor Peter Carl. The hermeneutic background to this investigation continues to underpin his research, where phenomenology is understood as a ground for historicity.

More recently topics researched include the architecture of the Middle Ages particularly in relation to medieval culture and church processions and the emerging relationship between architecture and festival in the fifteenth century (including its legacy in contemporary culture). He is currently an active research member of The Centre for Urban and Built Ecologies (CUBE) in the Ecological, Architectural and Civic Humanities in Design (EACHiD) cluster in the school of Art, Architecture and Design at London Met.

Following the publication of his work on the foundation of Salisbury in the thirteenth century and his more recent work on the origins of Florentine civic festival he organised the 14th Architectural Humanities Research Association International Conference entitled "Architecture, Festival and the City" (with associated publications). Professor Frost is scheduled to deliver a keynote at its follow up conference for EURAU (European Symposium on Research in Architecture and Urban Design) in 2021.

Elsewhere, building on his own experience of editing Bishop Robert Grosseteste and Lincoln Cathedral (2014), he has developed the research skills of work colleagues. The research content of the Routledge Grosseteste book (scheduled to come out in paperback), and Time, Space, and Order: The Making of Medieval Salisbury (2009) have led to invitations to present at colloquia on various aspects of medieval culture. For example, in Paris in 2017 at the "Matrice et signum, la croix dans la culture médiévale occidentale" and in 2018 at "The legacy of fundamental structures in Plato’s Timaeus for Medieval and Renaissance Europe" in Durham; a symposium on perspective and visualisation in Huddersfield. Most recently, a lecture entitled "The Legacy of the foundation of Salisbury: Festival Movement and City" given as a part of the eight hundredth anniversary of the laying of the foundation stone of the cathedral.

These papers, along with other recent publications, link his most recent investigation which is entitled "Architecture, Festival and Order: The history and persistence of the Florentine Feast of San Giovanni and its significance as a representation of civic order". All of these outputs are scheduled to be submitted to the REF Panel 34 (Art and Design: History, Practice and Theory) have been ranked as 3* and 4*.

Following the publication of his work on the foundation of Salisbury in the thirteenth century and his more recent work on the origins of Florentine civic festival he organised the 14th Architectural Humanities Research Association International Conference entitled Architecture, Festival and the City (with associated publications) and is scheduled to deliver a keynote at its follow up conference for EURAU  (European Symposium on Research in Architecture and Urban Design) in 2021.

Architecture, festival and order: the history and persistence in the Florentine Feast of San Giovanni and its significance to the city's civic identity

Abstract from Christian Frost's full thesis:
The Feast Day of San Giovanni is still a significant day for Florence. Since its revival in the 1930s – but also throughout much of the city’s history – every year church processions and civic parades have been augmented by a series of other events that together combine to represent the city to itself and to others. This representation is not a mask that conceals Florence’s "true" identity, or one that invents something that is not present, but, even in today’s information driven world, an authentic manifestation of the city where everyday relationships and actions – both historic and contemporary – are elevated to become the focus of different representations.

This thesis examines these ritual and ceremonial settings – from an urban to an architectural scale – particularly in relation to the evolution of the Feast of S Giovanni – first documented in the thirteenth century by Villani (1276-1348) – with the intention of discovering how this order helped to structure the transformation of civic identity from its Roman and feudal origins into late medieval humanism, and how this then established the basis future manifestations of civic order, such as that of the Medici Dukes from the sixteenth century onwards, and the fascists of the twentieth century.

Prof. Frost has been awarded grants to support his research on Salisbury and Florence. His expertise in the area of festival, procession and architecture have led him to be a part of several research funding applications. Most recently, he is a part of a bid looking at the relationship of architecture to seventeenth century performance practice in Coventry Cathedral due for submission in 2020.

Prof. Frost has recently been a part of the eight-hundredth anniversary of the foundation of Salisbury Cathedral, where he presented a public lecture entitled "The Legacy of the foundation of Salisbury: Festival Movement and City". He has also recently been interviewed regarding the effect of Covid regulations on the progression and education of current architecture students.

The Babtistry of S. Giovanni 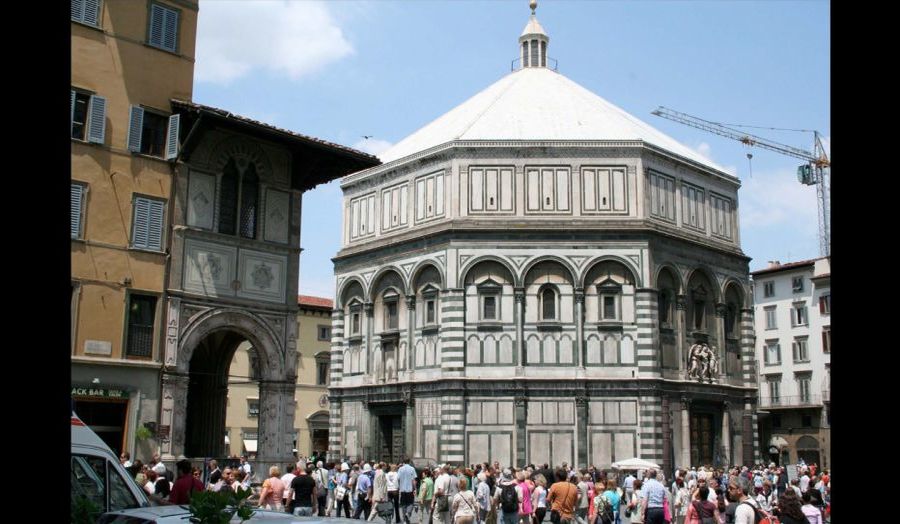 Totila razing the walls of the city 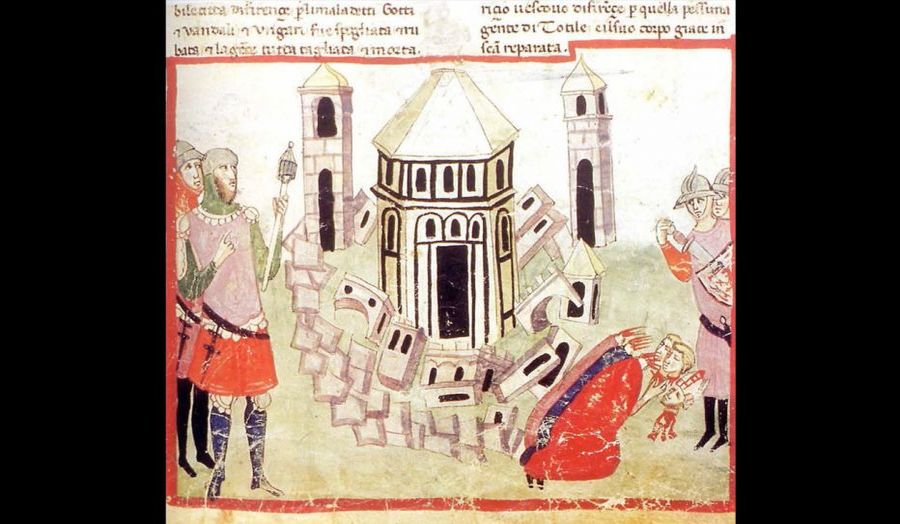 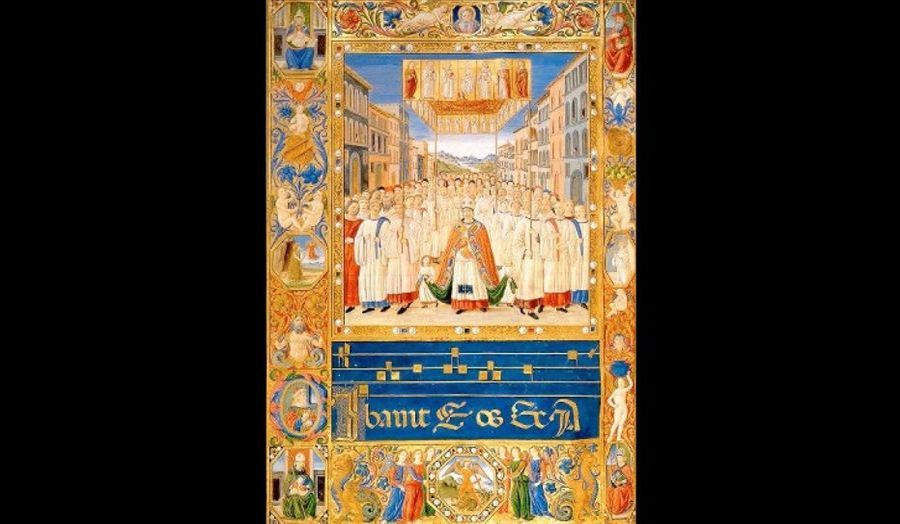 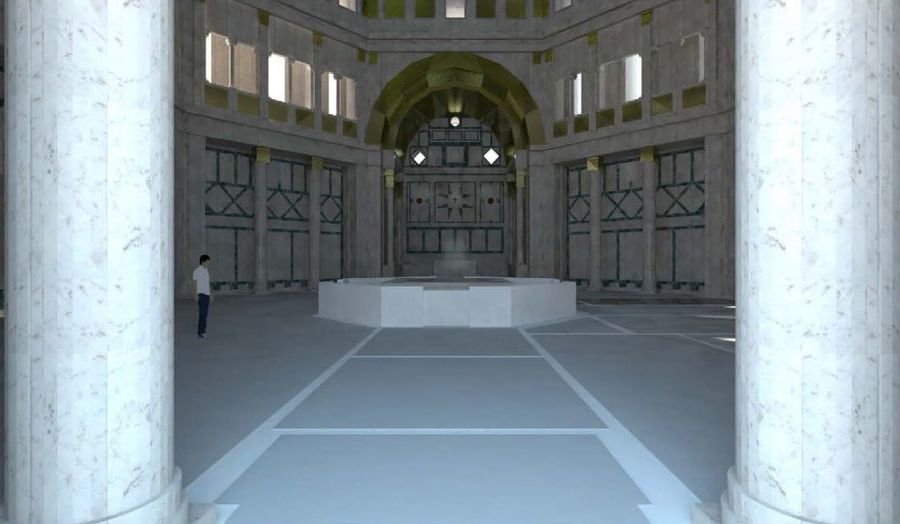 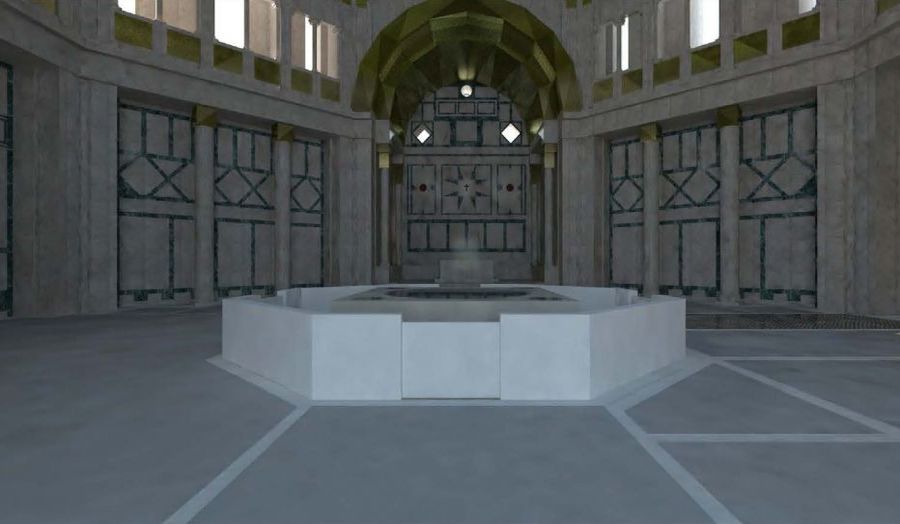 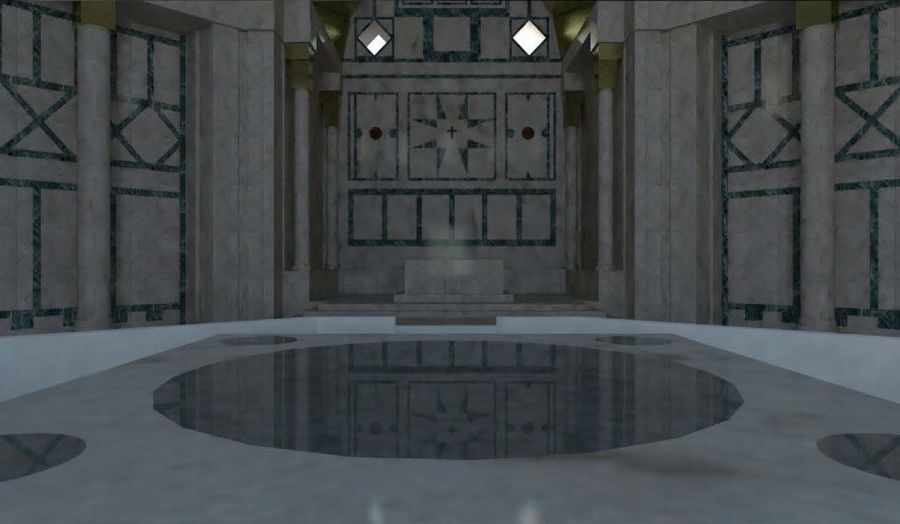 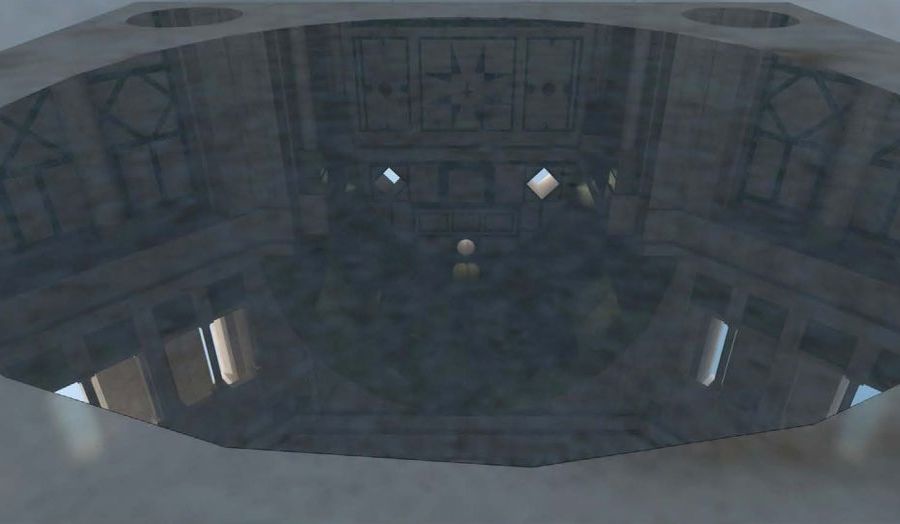