First year Graduate Diploma in Law students, Sarah Harty and Daniel Dawson, beat students from Birkbeck University in the third round of the competition held on 21 March. They were coached by their tutors, Barrie Goldstone, Head of Law at London Met, Dr Mischa Allen, senior lecturer in Law, and Dr Caroline Derry, senior lecturer in Law.

Barrie said: “It is important to get this message to the wider academic and legal community, as well as giving our students experience and exposure in the outside world, and competing in national Mooting Competitions is a fine way to do this.

“The moot question was on Criminal Law, which the students will not study until next year, so Mischa and Caroline were of enormous help in getting the students up to speed on the law.

“I’m really proud to see Sarah and Daniel do so well in the competition so far.”

The ESU – Essex Court Chambers National Mooting Competition is one of the longest established national mooting competitions in the UK. The winning team is presented with the Silver Mace and the two winners take away £1,000 each and a further £1,000 for their institution. Runners up are awarded a cash prize of £750 each with a further £500 going to their institution. All four finalists are offered much-prized mini-pupillages at Essex Court Chambers to kick start their careers as advocates.

The Competition provides law students from universities and colleges throughout the UK with the opportunity to gain experience. In taking part in a moot, students do not just show their knowledge and skill in handling legal materials, but also their ability to practise the art of forensic and persuasive argument in a concise and effective manner.

Sarah and Daniel were chosen after taking part in an audition which was open to all London Met Law students.

Sarah and Daniel have previously beaten South Bank University and SOAS University of London. The next round will be held in May. 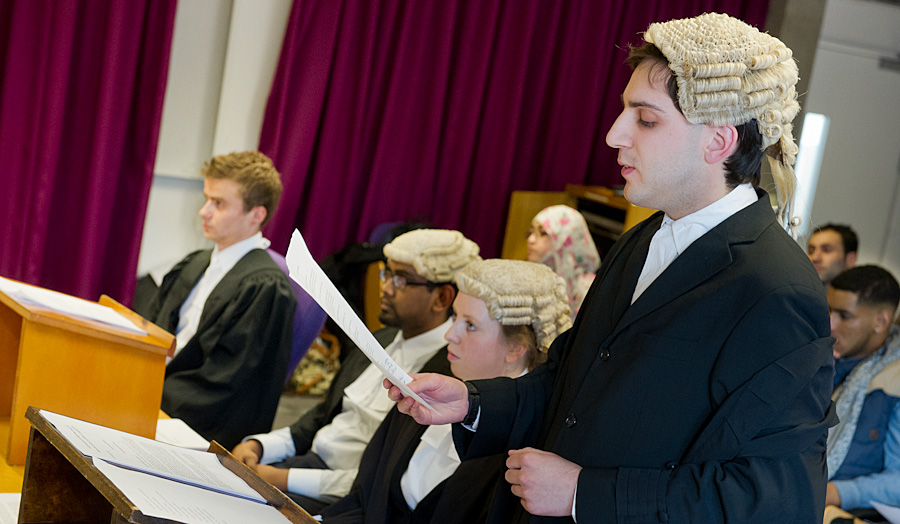