A London Met Lecturer and her students have worked with young homeless people in North London to produce a short film for the Crouch End Festival.

Suzanne Cohen, a lecturer in BA Digital Media at London Met, and students from the School of Social Sciences and Humanities have worked alongside Ravensbourne College and the North London YMCA to produce the short film.

The film, Warm Day in Harringey, explores a question set by a local film competition, What does Haringey mean to you?, and juxtaposes the views of young people based at a hostel in Crouch End against those of local residents.

The film has been produced through a number of workshops facilitated by Suzanne with the help of London Met students.

'I really enjoyed collaborating with the young people from the hostel, we spent a day and a half on our journey around Haringey asking people do things they wouldn't expect in a vox pops interview like making up a song or poem on the spot about the area,” commented Suzanne.

“It’s great to be presenting this and my other films at the festival, which will hopefully attract new audiences to London Met events and courses.”

The residents of the hostel are completing a Level 2 Award in Photography with the social enterprise Accumul8 which was set up by Ravensbourne Enterprise and Entrepreneurship lecturer Marice Cumber.

The course has been funded from the proceeds of jam made from fruit donated by local people, produced by the hostel residents and sold locally.

The film and accompanying photographs will be presented at the Accumul8 exhibition at the beautiful art deco Hornsey Town Hall Arts Centre on 4 June. The private view is open to all and will launch the Crouch End Festival which runs from Friday 5 to Sunday 14 June.

Suzanne, who is also a local filmmaker, will present a special lecture, Participatory Film in Action, at the festival on Saturday 6 June at the Hornsey Town Hall Arts Centre.

The event will also feature a question and answer session with the YMCA filmmakers and a screening and discussion of other participatory film projects Suzanne has facilitated with marginalized groups including female prisoners, autistic young people and Muslim women.

The Crouch End Festival is the UK’s largest community arts festival, studded with lots of thought provoking events, and promises to be a great day out for all. 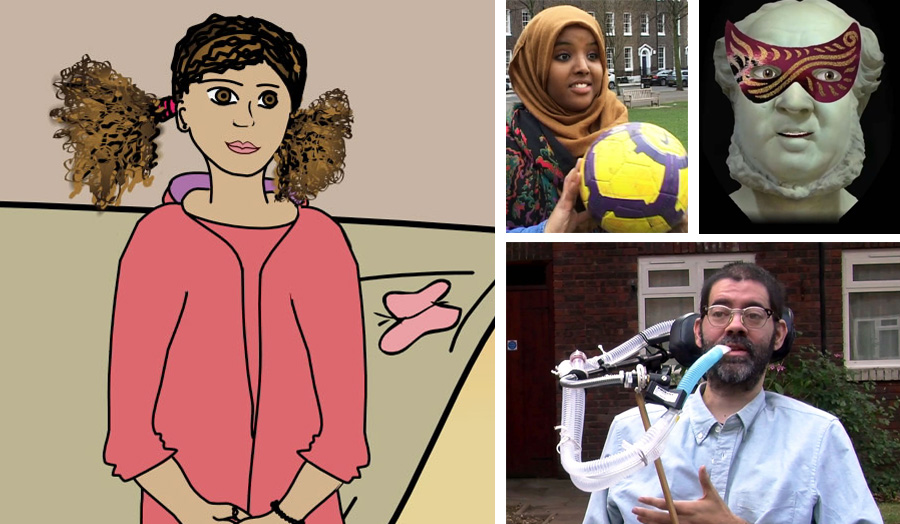