Students from the School of Social Sciences took part in a major international political summit, hosted by the University.

Students from London Metropolitan University’s School of Social Sciences participated in a major international political summit held at the University earlier this month, which featured a panel of political leaders and top Government officials from around the world.

The event, entitled “Nationalistic Tendencies: What Future for Global Citizenship?” shed light on whether patriotism equals nationalism and focused on contemporary issues such as Scottish and Catalonian independence, the coup in Zimbabwe and Brexit. The summit also dissected whether existing nationalist governments are truly democratic.

Dr Ojiambo stated that a nation state is a “group of people who share historical figures, ethnicity, race and culture. A Democratic system cannot exist in a clearly defined nation state.”

Organised by Ring 4 Change, an international pro-democratic, non-partisan, non-governmental and non-profit organisation which advances and promotes positive change in governance, the summit delved into nationalism, populism and patriotism in evolving democracies.

The summit doubled up to launch a new book written by Mr Godson Azu, an alumnus of London Met. ‘Nigerian Democracy and Political Personalities: The one hundred outstanding politicians that shaped our political history,’ features a brief historical collection of key narratives of Nigerian political personalities which have helped to shape the country’s political history and landscape.

Mr Godson Azu, the Director of Cater and Merger, a communications company, said: “This book talks about many respectful Nigerian founding fathers. Many serious issues are discussed in this book and it is a great book for those interested in the politics and history of Nigeria.”

Speaking about the book, Dr Josephine Ojiambo said: “Nigeria is the lion of Africa - you need to read this.”

Attended by researchers and students, the summit produced an interesting range of questions and statements. Students were specifically interested in hearing about the panel’s views on the current coup in Zimbabwe.

London Met’s Vice-Chancellor, Professor John Raftery, who opened the summit, explained the importance of students discussing politics. “My job as Vice-Chancellor is to create conditions where students can listen and disagree without being disagreeable, and how to balance arguments to make good decisions,” he said.

“Our world is what we make of it, or what we let it become,” he said.

The summit was hosted as part of the University’s first ever Fast Forward Festival, a month long festival of events hosted by London Met with the aim of supporting students into high skill, high impact, and highly paid graduate jobs. 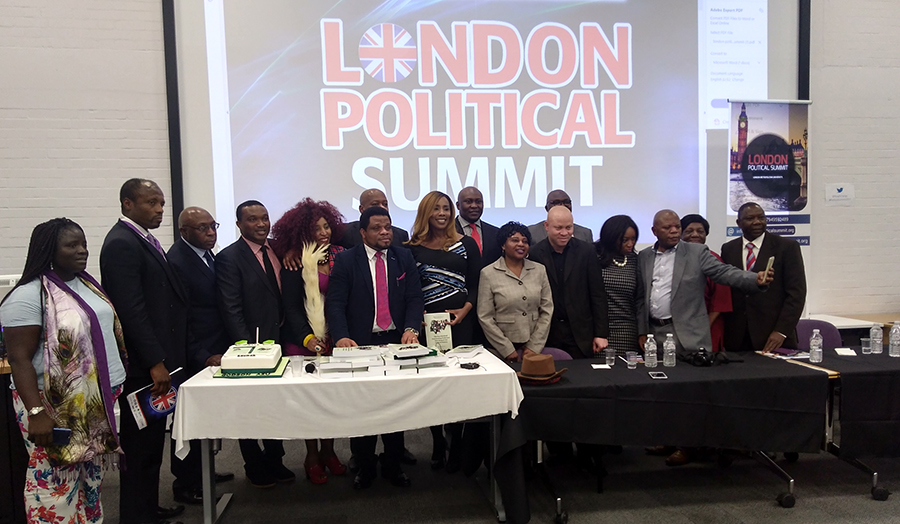