The series marked the centenary of the years of revolution in Ireland.

Professor Louise Ryan, Director of the Global Diversities and Inequalities Research Centre was invited by the London Irish Centre to curate a series of online lectures to mark the centenary of the years of revolution in Ireland (including the War of Independence and the Civil War)

The London Irish Centre (LIC) is a cultural community charity, established in 1954 in Camden. It is committed to the mission of promoting Irish Arts and Culture across London, by creating a diverse cultural programme of Events and Educational activity.

Hannah Pender, Head of Arts and Culture, at the London Irish Centre explained how the lecture series came about: "We regularly roll out consultations to understand community needs. Repeatedly, historical education has been suggested. The LIC also recognises a number of historical centenaries relating to Ireland that have occurred recently. As a team, we discussed what would be the most appropriate way of making these centenaries and felt that online Irish history lectures were a fitting way of commemorating these anniversaries."

Because of the long association with Irish communities in London, especially through her important and influential research with Irish migrants, Professor Louise Ryan was invited to set about curating the series of online lectures on the subject of The Irish War of Independence and Civil War including topics on the Anglo-Irish Treaty, the Partition of Northern Ireland and the role women played during this time.

Ms Pender explained: "Professor Ryan, in partnership with London Metropolitan University, engaged with other academics across the UK and Ireland to ensure we create outstanding, accessible opportunities for learning."

The following five lectures were organised:

Melanie Simpson, of the Local Irish Centre, stated that: "The positive response to the lecture series have been overwhelming with 110 tickets sold per lecture. The enthusiasm of the participants is easily seen during these sessions which result in energetic and dynamic question-and-answer segments after each lecture. We’re incredibly pleased with how this inaugural series has turned out and are eternally grateful to Professor Ryan for producing a programme of such high quality, and for her ongoing support and enthusiasm for our work." 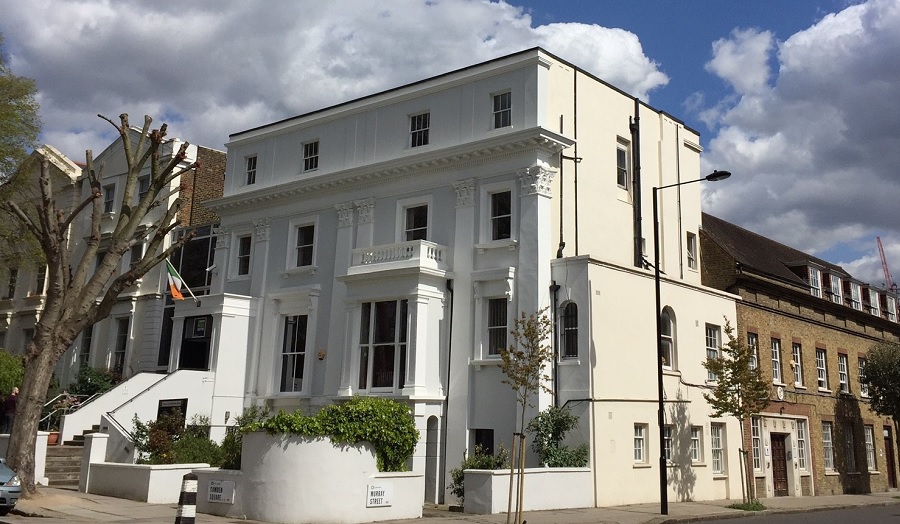