Two London Met Law students have progressed to the third round of a prestigious mooting competition.

Two students from London Metropolitan University have successfully reached the third round of the ESU-Essex Court Chambers National Mooting Competition.

Sarah Harty and Daniel Dawson, both first year Graduate Diploma in Law students, competed against SOAS University of London. Coached by their tutor, Barrie Goldstone, Sarah and Daniel have successfully reached the third round of a national mooting competition.

Barrie Goldstone, Head of Law at London Met, said: “As in their previous round, Sarah and Daniel had to argue about a point of law they have never even studied, but they did it with enormous confidence and skill, not to mention a great deal of hard preparation.

“The judge, solicitor and barrister Noah Stewart-Ornstein, gave both teams a wonderfully hard time with some very challenging questions, but they all rose to the occasion.”

They were judged on their ability to argue the grounds of appeal on behalf of the appellants. They had to demonstrate knowledge of the relevant points of law and case law in relation to vicarious liability.

Sarah Harty, a first year Law student, said: “Mooting throws you instantly into the fray of arguing your case in court. It forces you apply legal principles and case law in real time, giving a practical insight into what it might be like to practise as a barrister.”

The ESU – Essex Court Chambers National Mooting Competition is one of the longest established national mooting competitions in the UK. The winning team is presented with the Silver Mace and the two winners take away £1,000 each and a further £1,000 for their institution. Runners up are awarded a cash prize of £750 each with a further £500 going to their institution. All four finalists are offered much-prized mini-pupillages at Essex Court Chambers to kick start their careers as advocates.

The Competition provides law students from universities and colleges throughout the UK with the opportunity to gain experience. In taking part in a moot, students do not just show their knowledge and skill in handling legal materials, but also their ability to practise the art of forensic and persuasive argument in a concise and effective manner.

Sarah and Daniel were chosen after taking part in an audition which was open to all London Met Law students.

The finals will take place at the end of March 2017. 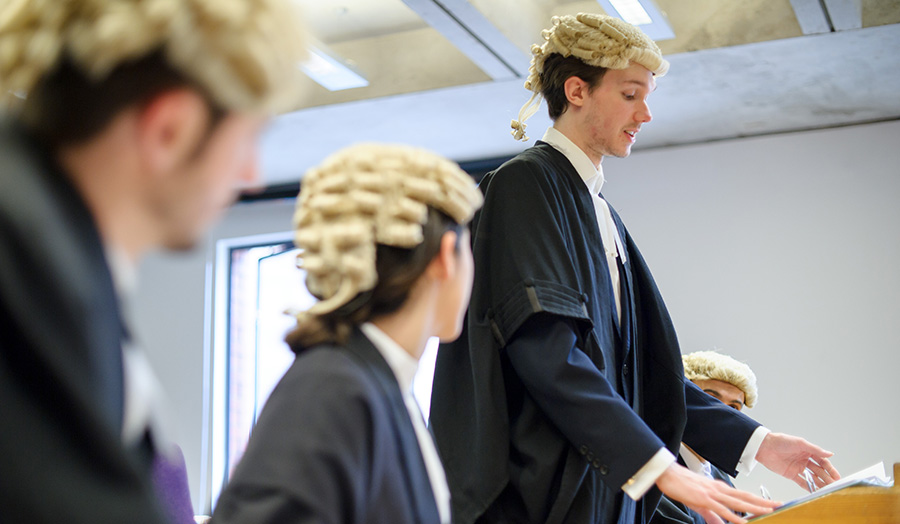