MSc Pharmaceutical Science student Anthony Boateng wrote an article in praise of this year’s Diamond Jubilee celebrations and received a letter from Her Majesty The Queen herself.

When MSc Pharmaceutical Science student Anthony Boateng wrote an article in praise of this year’s Diamond Jubilee celebrations, the last thing he expected was a letter from Her Majesty The Queen herself.

Yet that’s precisely what happened after the London Met student took to the internet to share his views on the summer festivities.

Anthony’s article, entitled: ‘Her Majesty’s Diamond Jubilee: A Diamond in the Hearts of Many’,   was published on the Yahoo!Voices website in July and praised his adopted city of London and the magic of the royal celebrations.

He then received a letter from Her Majesty, with the message: “I send you my greatest thanks for the words of loyalty and support which you have so kindly sent on the occasion of the Sixtieth Anniversary of my Accession to the Throne.”

For Anthony, hearing from The Queen was “like winning the lottery.”

“I couldn’t believe it, I felt very excited,” he said. “It was a fantastic surprise. My parents were very proud – I’m certainly the first person in my family to get a letter from The Queen!”

Anthony, an international student, came to London from his native Ghana to study in the Faculty of Life Sciences and Computing at London Met. And, with the Diamond Jubilee and Olympic and Paralympic Games taking place, he found himself living in London during a very exciting time.

“I enjoy writing and being in London for the first time in such an amazing year for the city was something I just had to record,” he said.

Anthony is thrilled to be studying in London, and says he chose London Met because of its vibrancy and academic rigour.

“London is an incredible multi-cultural city, and this is reflected at London Met,” he said. “I wanted to study somewhere which combines this blend of cultures with a quality education, and I’ve found it here.

“The facilities are really good, particularly the 'Super Lab'. As a pharmaceutical sciences student, having such a place to work in is very special.”

Anthony is a keen author and writes on a wide range of topics, from business to faith. More of his work can be found here.

If you’d like to pursue a science degree in the surrounds of the Science Centre, the largest teaching laboratory in Europe, why not find out more about the Faculty of Life Sciences and Computing at London Met? 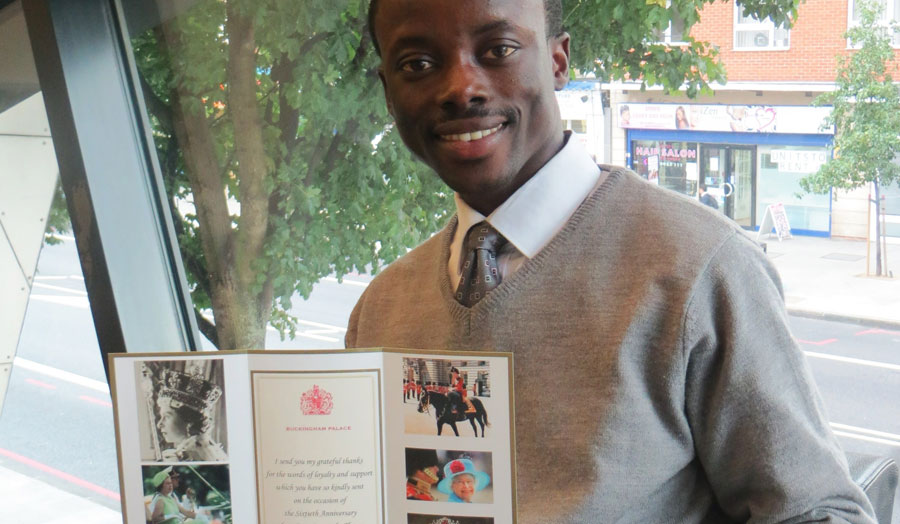