Two Law students have made it to the semi-finals of a prestigious national mooting competition.

Sarah Harty and Daniel Dawson (pictured), both first year Graduate Diploma in Law students, have made the semi-finals of the ESU-Essex Court Chambers National Mooting Competition.

“We never expected to get past the first round, so I’ll probably be a bag of nerves for the semi-finals in Mayfair,” said Sarah Harty, one of the students in the competition.

“It’s been a real confidence boost to have got this far, even if Mayfair turns out to be Waterloo. Getting through to the finals would be fantastic though, not least because it would mean a mini-pupillage at a top set.”

“I am over the moon that we have managed to win every moot so far in this competition!” said student Daniel Dawson.

“Considering neither myself nor Sarah have ever mooted before I feel very proud to be able to represent London Metropolitan University and to get so far. We couldn’t have done it without all the support and guidance from Barrie Goldstone, who has dedicated hours and hours of his own free time to this competition, and for that I sincerely thank him. Fingers crossed for winning the whole competition, it would be fantastic to gain a mini-pupillage at such an esteemed chambers!”

The ESU-Essex Court Chambers National Mooting Competition is one of the longest running national mooting competitions in the UK; the first final was held in 1972. The winning team is presented with the ‘Silver Mace’ and the two winners take away £1,000 each and a further £1,000 for their institution. Runners up are awarded a cash prize of £750 each with a further £500 going to their institution. All four finalists are offered much-prized mini-pupillages at Essex Court Chambers to kick start their careers as advocates. 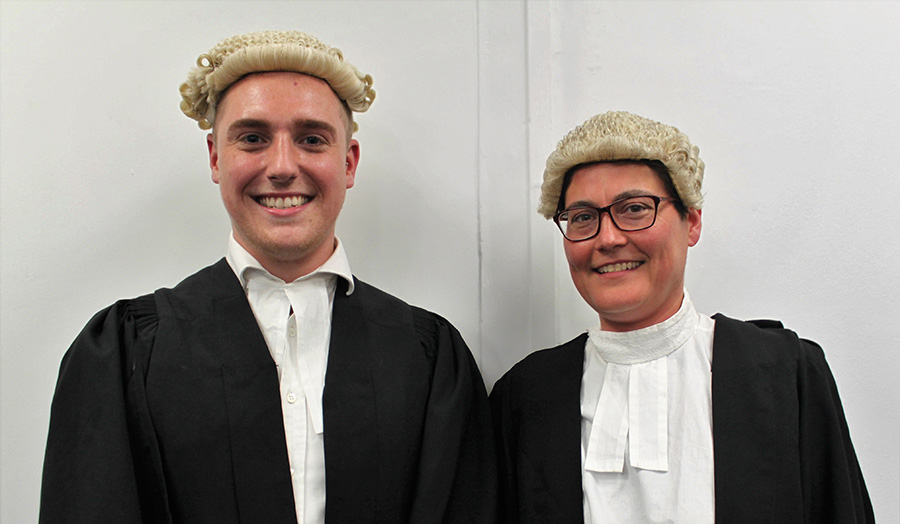