Final year Journalism students came together to celebrate their work and receive awards.

Final year Journalism students came together to celebrate a year of hard work and present their final projects at the annual London Met Magazine awards on Wednesday.

The awards are organised to celebrate the work of our Journalism BA and Fashion Marketing and Journalism BA students who each year put together both print and online magazines as part of the third year Creating Packages module.

Students were joined by a star-studded judging panel including James Conrad Williams, former deputy editor at Glamour and now co-host of hit podcast Is It Just Me?; Joyce Arnold, chief sub editor of the Camden New Journal; Andy Welch, journalist for The Guardian; Natasha Triay, Student Enterprise Manager at London Met's Accelerator and Joel Chernin, former Hello! magazine designer. The students were awarded both individual and group nominations for their journalistic work.

Journalism BA student Rosie Drew, who scooped the ceremony by wining four awards for her outstanding work, said: “I didn’t expect it at all. I put a lot of hard work into my pieces, especially researching niche topics. I’m very proud.”

Sanctuary Magazine was awarded the top prize by Natasha Triay for Best Commercial Potential, and will receive a cash prize and mentoring from Accelerator to help put it on the newstands. Triay said: “The standards were high this year. It was so difficult picking a winner when they were all so amazing.”

Editor in Chief of Sanctuary Cara Curtis said: “It was surprising – the hard work really did pay off and we’re proud.”

Added Module Leader Wendy Sloane: "My students worked incredibly hard this year and the proof is in the pudding. Any of these magazines could go on to become a leader in the increasingly competitive market. Well done to each of them."

Congratulations to all the winners listed below.

Best use of multimedia 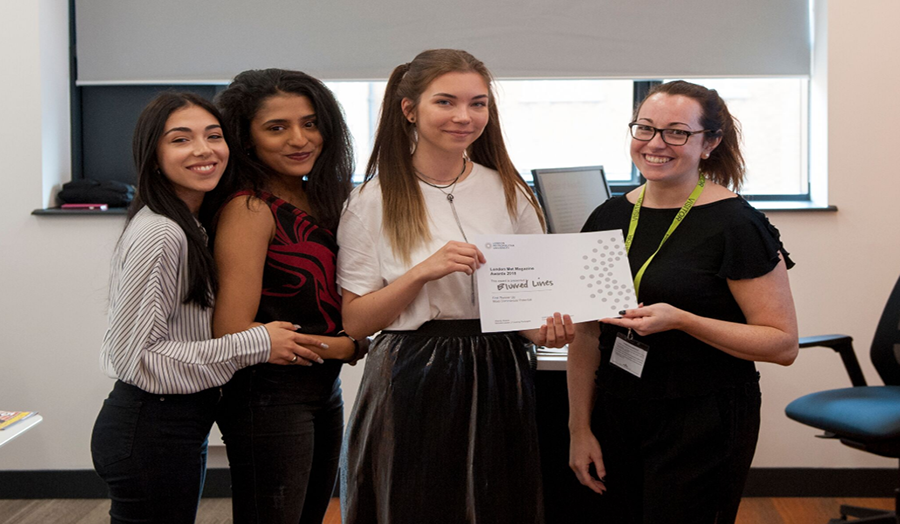