Journalism and human rights in Mexico: how to preserve the voices of the killed News from the School of Social Sciences

The final seminar from the Global Diversities and Inequalities Research Centre this academic year will explore the danger facing Mexico's journalists.

A seminar organised and hosted by Dr María E López, will address the current situation of impunity over the crimes against journalists in Mexico and the necessity to create a safer environment for Mexico’s journalism.

Mexico is one of the most dangerous countries in the world for those exercising a fundamental human right: the right to inform. Reporters Without Borders (RSF) reports that at least 21 journalists have disappeared in Mexico since 2003, representing the highest figure in the Americas. In 2020 alone, nine journalists were murdered in the country, rising one spot to place the country in sixth place on  the Global Impunity Index of the Committee to Protect Journalists– just below open war zones.

Speakers at the event will be:

Alejandra Ibarra Chaoul is a Mexican journalist. She is co-director of the podcast Voces Silenciadas and leads Democracy Defenders, which aims to preserve the memories and the truths behind the crimes of the reporters murdered in Mexico.

Emmanuel Guillén is a Mexican photojournalist currently based in New York City. He had to leave Mexico for fear of being killed. He focuses on social issues, the defence of human rights and the effects of violence on citizens.

Vania Pigeonutt is co-founder of the website amapolaperiodismo.com, a local media outlet set up in Guerrero (Mexico), which supports social change and reports the impact of organised crime’s activities on citizens’ wellbeing in the area.

Jim Grice teaches practical broadcast and online journalism skills at London Metropolitan University. He has extensive knowledge of broadcast and digital media, and experience of designing and running staff retraining programmes to prepare them for careers in modern journalism.

This timely and compelling seminar will end with an opportunity to ask any questions you may have and take part in the discussion with our speakers. 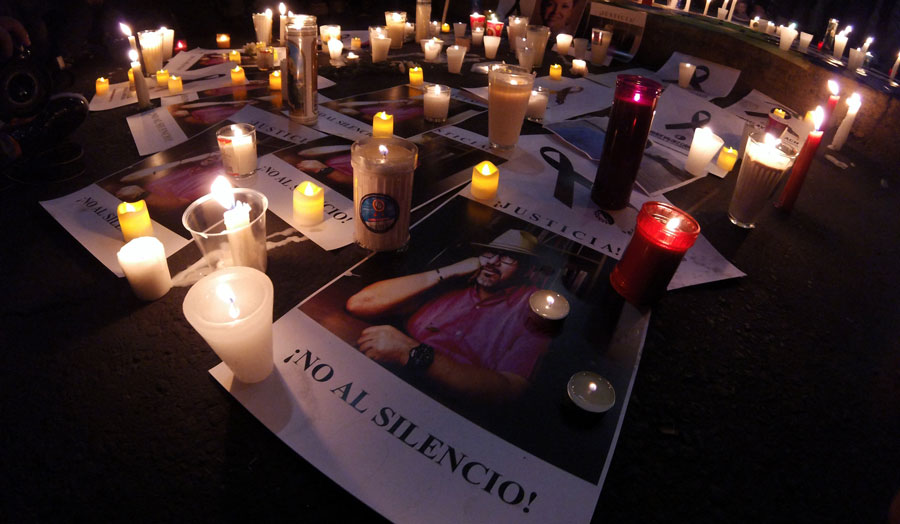