Justin Webb, senior lecturer in Health and Social Care BSc, is testing his toolkit, which encourages cancer survivors to engage in more activity.

Move More, which was published during Justin’s role as Physical Activity Engagement Manager at Macmillan Cancer Support, is currently being tested on 198 participants. The study, which is expected to be completed by October 2018
will identify if the proposed intervention will improve physical activity.

“Evidence shows that cancer survivors are interested in lifestyle advice and support, with the majority wanting access to remote based interventions allowing them to make changes on their own terms and in their own time,” Justin said.

“The Move More Pack enables people with cancer to become active, should they choose too, whilst still providing access to cancer specialist physiotherapists online,” Justin continued.

“In addition to the benefits to quality of life, the consequences of treatment, and cancer outcomes, research has shown that being active is associate with a reduction in hospital stays, meaning that low cost interventions such as this can not only help people self-manage elements of their condition, but also bring cost savings to an already stretched health service.”

The Move More Pack is a toolkit which cancer survivors can use at home and is supported by online resources. It aims to encourage and support people who’ve had a cancer diagnosis in becoming more active.

The guide was reviewed by Wayne Middleton, chief executive of Luto, a health communications practitioner, who described it as a ‘fantastic resource. Not only is this a valuable resource for people living with cancer and their carers, but it would be great for the general public to use as well.’

The British Medical Association Patient Information awards were established in 1997 to encourage excellence in the production and dissemination of accessible, well-designed and clinically balanced patient information. 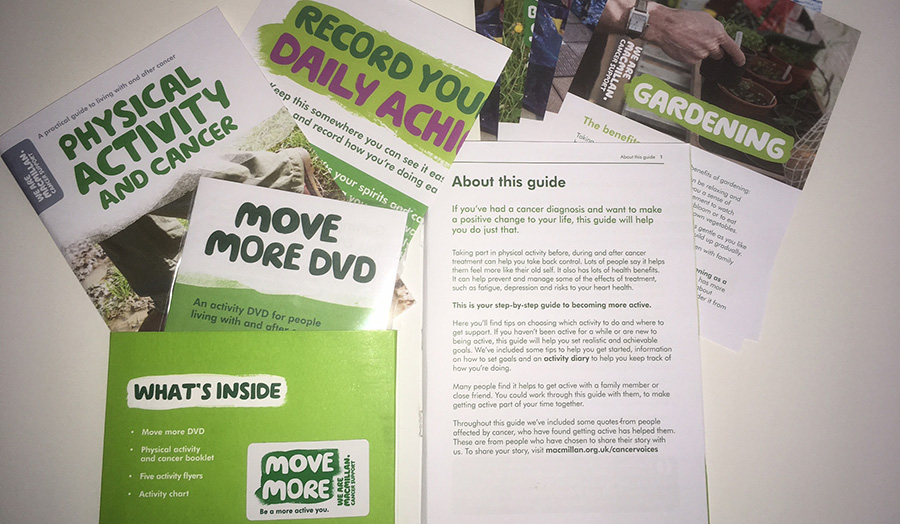