Two former members of Congress visited London Met to provide a rare, and personal, insight into the world of US politics.

The event, which was chaired and organised by Dr Andrew Moran, saw the Congressmen and Professor Peter McCaffery reflect on President Barack Obama’s legacy and the first 100 days of President Donald Trump’s time in office.

Both Presidencies were described as “historic” – Obama as the first African American politician to be elected President, and Trump as the first President without prior governmental or military experience.

Covering a wide range of topics, including questions from students, the discussion touched on the polarising views held by American’s on Obama’s Affordable Care Act, focusing on Obama’s belief in health insurance as a right, the loss of “affordable” insurance triggered by the Act’s passing and Trump’s plans to repeal the Act.

The panel also discussed how Obama’s eight years in office potentially laid the path for President Trump’s election, from a growing division between Congress and feelings of disenfranchisement amongst US citizens, to criticism of the regulations placed on banks following the global financial crisis in 2008.

Former US Congressman Vic Fazio served for 20 years as a member of Congress from 1979 to 1999, representing California’s third District. During his tenure he also served as the vice chair of the Democratic Caucus from 1989 until 1994, when he was elected chairman, a position he held until 1999.

Randy Neugebauer represented the nineteenth District of Texas in the US House of Representatives from 2003 until 2017. Mr Neugebauer has served as Chairman of the House Financial Services Committee Subcommittee on Oversight and Investigations and been a member of the House Agriculture Committee and the Science and Technology Committee.

The Congress to Campus programme is a series of lectures chaired at universities across the globe which invite former Congressmen to meet informally with students and hold community forums. The programme is run by the British Library's Eccles Centre for American Studies in partnership with the US Association for Former Members of Congress. 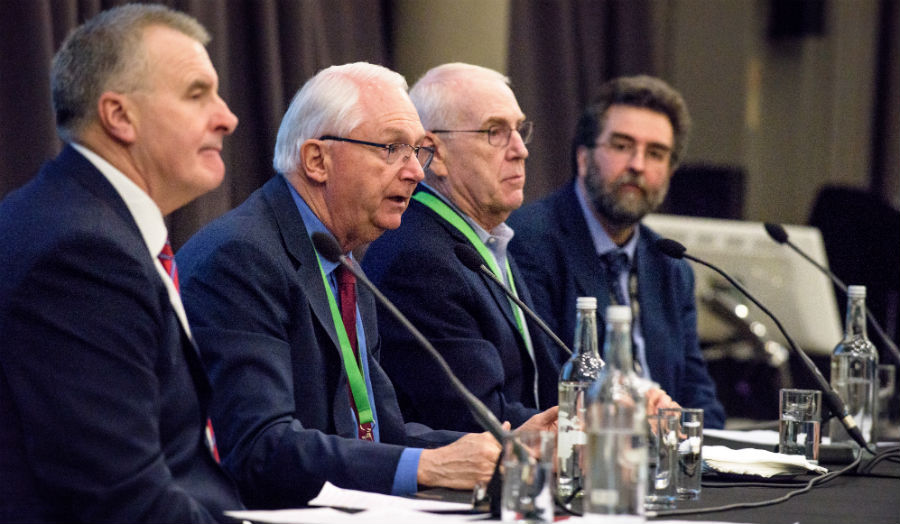