Social activist Owen Jones said that being labelled a “braying jackal” by Fox News is one of his finest achievements as part of his talk to launch London Met’s new lecture series Forward Thinkers.

The author of Chavs: The Demonization of the Working Class was asked by the Faculty of Social Sciences and Humanities to speak on the subject of equality. This included the 30-year-old’s opinions on benefits sanctions, the bedroom tax, London Living Wage, tax avoidance and benefit fraud.

Owen is involved in the People’s Parliament and the Trade Union Movement, as well as numerous other organisations fighting for social justice. This was clear in his talk’s conclusion. He said: “We’re all in this together – except for people at the top. So we’ve got to stand by each other, because otherwise what happens is we get picked off one by one.”

He used recent hit film Pride as an example of minorities supporting each other in the fight for equality. The film shows an LGBT group in London teaming up with Welsh miners.

Owen said: “I’ve not cried like that since the Lion King, but that was about collective strength and showed that it was a big step forward for LGBT rights and that’s because they joined forces and had that solidarity.

“It’s the same principle – whether it be students, young unemployed people, disabled people having their benefits cut, low-paid workers in supermarkets having their tax credits slashed, whether it be pensioners who are shivering in poverty in their homes. People need to link together – because they’re much stronger together than they are apart.”

The University will welcome Professor David Gillborn to speak about race on Thursday 4 December and Professor Guy Standing to discuss class on Thursday 22 January as part of the Forward Thinkers series.

More information about this story is available from Fraser Wilson on 0207 133 2465 or f.wilson@londonmet.ac.uk. 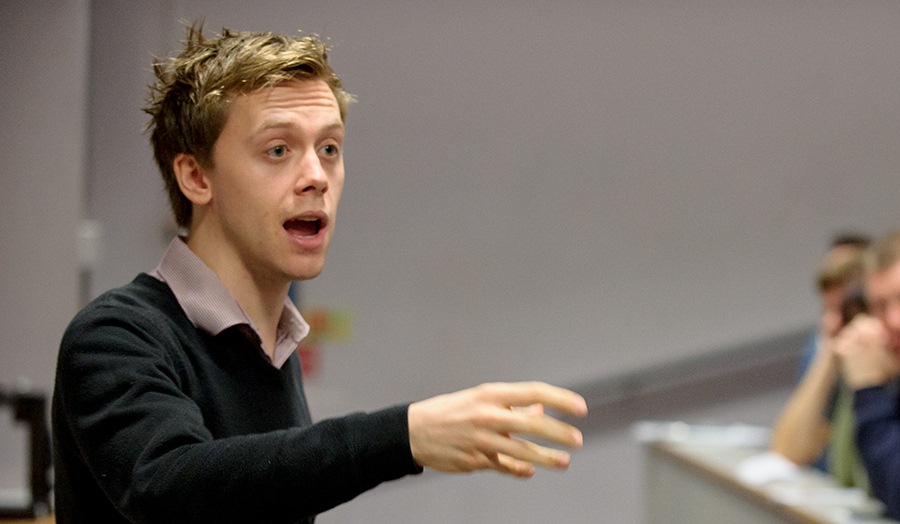