London Met alumnus Ali Sharif Ahmed was sworn in as Somalian Ambassador to the United States during a ceremony at the White House earlier this week.

Before his current appointment, Ambassador Ali Sharif served as the Somali ambassador to Ethiopia and France. He also served as the Permanent Representative of Somalia to the African Union and UNECA. 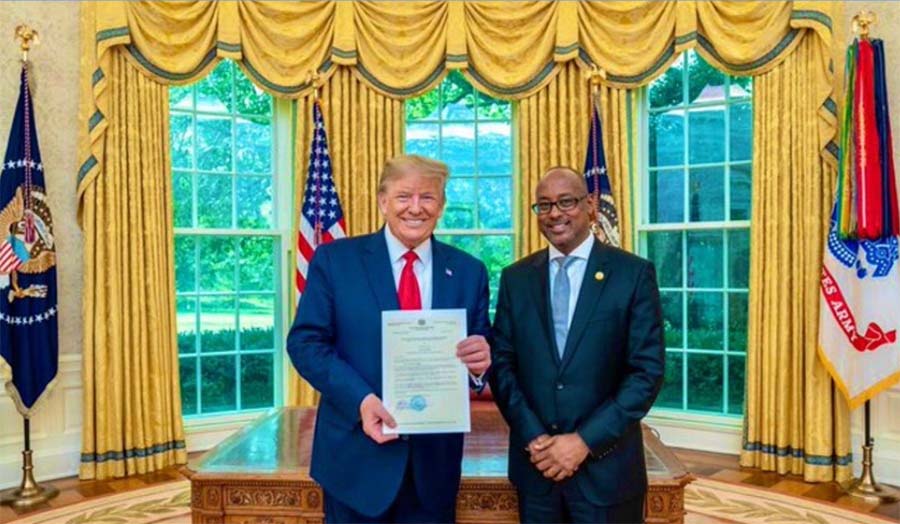