What makes a Londoner?

Fashion Marketing and Journalism student Lindsey Henderson recaps the highlights from last week’s ‘What is a Londoner?’ debate.

There was an atmosphere more tense than Schwarzenegger’s abs during the ‘What is a Londoner?’ debate at London Met on Tuesday 7 March.

The current state of low morale can’t be ignored when it comes to the relationship between the people of the streets and their governing body, which is why it was no surprise that many of the topics covered, aroused anger, frustration and despair.

Each panellist used the platform to voice their exasperation with the way the city is run, Brown being one of the most vocal. Discussing knife crime, he highlighted the lack of concern the police have for the victims, who are young, vulnerable people. This was underlined by Mcleod who described the police as an ‘enemy force’ (over the course of three months he was stopped 32 times by the police, simply because of the colour of his skin).

The debate made me question my own status as a resident of London. Having been a student here for almost three years, to me, London feels like my home, like the place I was meant to be. Over these years, I’ve certainly developed the characteristics of a Londoner. I’m all elbows on the tube; I’ve stopped apologising when I bump into people; and I know it’s punishable by death to stand ignorantly on the left of the escalator.

But, despite all of this, I don’t think I could call myself a Londoner. I can’t say I’ve experienced every side of London. As a young British white female, I realise how easy it has been for me to slot into these streets, but that doesn’t necessarily mean I have the right to call them my own.

Lindsey Henderson studies Fashion Marketing and Journalism BA at London Met and regulalry reports on fashion and food for her blog, Tuckin. 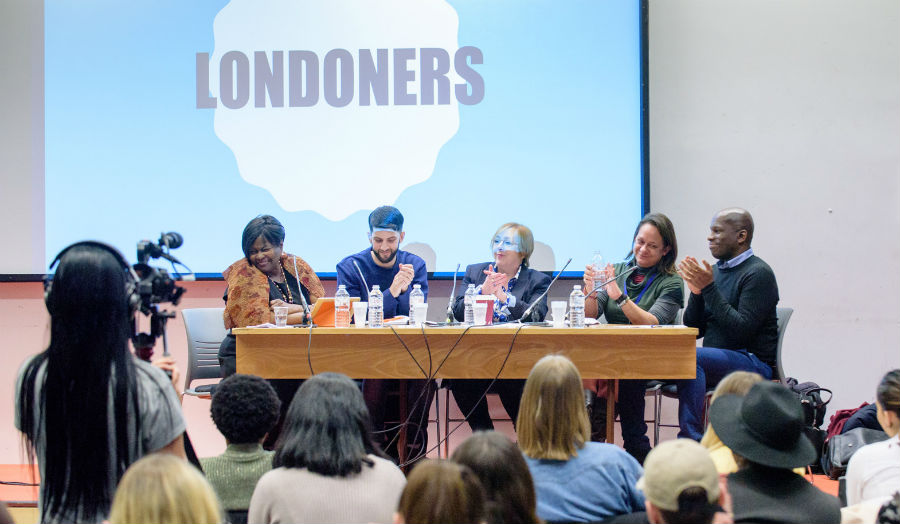