The March of the City

This year, Unit 6’s Architecture Exchange investigation will involve territories in Whitechapel/Mile End (London) and Katmandu (Nepal) where the dynamic March of the City is leaving marginal land, blighted places, and cracks and crevices within the city fabric left in its wake. Our task this year will be to plant these territories with green shoots to provide an infrastructure for shared place and city making.

Students will share a preliminary making project for the first 5 weeks of the year to build a lamella canopy from recycled pallet timber on the roof of Central House. For their major project for the rest of the academic year students will choose to locate their investigation in either Mile End or Katmandu. Investigatory work on both sites will be intensive during trip weeks 6 and 7 of the first term.

(Ex)change is a very ancient activity which is as much cultural as economic (from futures, corn and rice to salt and leftovers). It has been associated with a broad range of buildings and places (from pre-Christian basilicas, Victorian corn exchanges and cloth halls, Islamic caravanserais to contemporary High Streets, farmers markets and urban makeries). But (ex)change also includes most shared common ground activities including simple conversations over the neighbours fence, sharing confidences over a cup of coffee in a High Street cafe, having a suit tailor made to suit your special predilections and attending a resident’s meeting in a block of flats. Lifting the horizon somewhat (ex)change can harness the world wide networks lurking within the cosmopolitan residents of the two cities which will be studied by the two groups of students. The Roman architect Vitruvius advocated the qualities of ‘firmness, commodity and delight’ in his book ‘De Architectura’. Unit 6 asks students to represent and engage explicitly with the performative craft of commodification inherent within the (ex)change process.

The City of London is marching up the Mile End Road. 30 storey guarded towers are stomping their footprint, displacing years of history represented by layered palimpsests of incremental growth. Brick Lane, Cable Street, print works, and local tailoring are being overtaken just as silk weavers and other immigrant groups have been displaced in the past.

The March of the City is like a bull in a china shop, oblivious of established places of exchange, proceeding blindly with a tendency to neglect and eradicate everyday interaction in the service of its futuristic vision. It is incumbent on architects in these circumstances to grow new nesting-places for sharing. 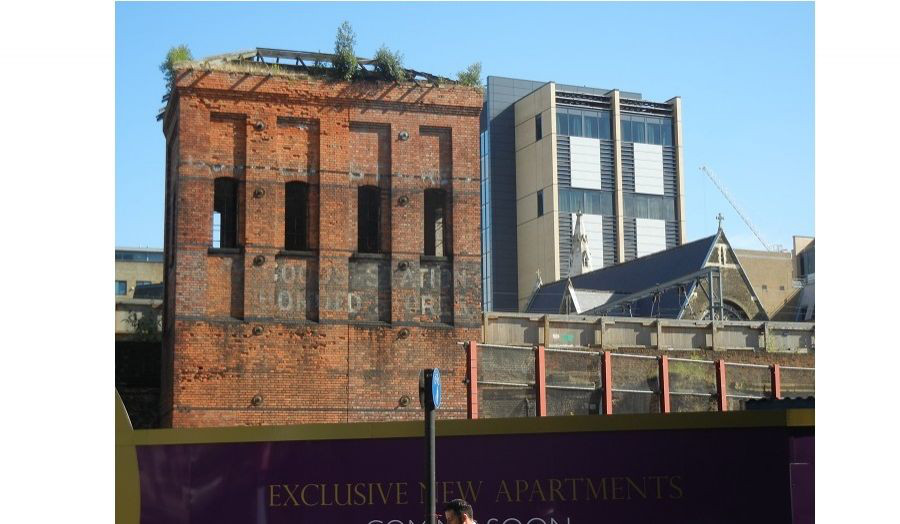