P L A C E
Our site is the fashion and clothing market in Petticoat Lane, In Tudor times, Middlesex Street was known as Hogs Lane, a pleasant lane lined by hedgerows and elms. It is thought city bakers were allowed to keep pigs in the lane, outside the city wall; or possibly that it was an ancient droving trail. The lane’s rural nature changed, and by 1590, country cottages stood by the city walls.  By 1608, it had become a commercial district where second-hand clothes and bric-à-brac were sold and exchanged, known as ‘Petticoat Lane’. This was also where the Spanish ambassador had his house, and the area attracted many Spaniards from the reign of James I. Petticoat Lane was severely affected by the Great Plague of 1665; the rich fled, and London lost a fifth of its population.

Huguenots fleeing persecution arrived in the late 17th century; many settled in the area, and master weavers settled in the new town of Spitalfields. The area already had an association with clothing, with dyeing a local industry. The cloth was pegged out on hooks in the surrounding fields. These were known as tentergrounds. From the mid-18th century, Petticoat Lane became a centre for manufacturing clothes. The market served the well-to-do in the City, selling new garments. About 1830, Petticoat Lane’s name changed to Middlesex Street, to record the boundary between Portsoken Ward, in the City of London, and Whitechapel, which coincided with the Lane. But the old name continues to be associated with the area.

The market remains busy and vibrant, reflecting both its immigrant history and its continuing popularity with locals and tourists.

T H I N K
We will debate the connection of the fashion industry with education and social injustice and desire for profit at all cost. Our preoccupation with self image and desire for the latest ‘look’, clouds our morals and judgements, wearing an exotic garment produced on the other side of the world under questionable conditions.
Are fashion industry values representative of the moral degradation that occurs among a class of people who idolize physical beauty and material goods and uphold them above all else, especially moral integrity and intelligence?
The fashion industry operates as a cult of the body. Are young people brainwashed into this mentality? Drug abuse, promiscuity, cosmetic surgery, eating disorders and severe depression can take their toll upon the young who idolise fashion and surround the industry.
Is this the responsibility of the designer or is it a manifestation and advancement of pop culture and a society of unthinking, uncaring consumers?
Interior Designers create the mechanism for fashion to infiltrate the high street; we create the actuator (outlet) for public consumption. Do we question the mechanism and process, should we allow access to knowledge of the background of manufacturing and cheap labour and ultimately the effect of the ‘perfect’ or the everyday?
Are we bound to question this dilemma or do we ignore?
Should we try to think about new ways of making, doing and selling, should we learn from our past, whilst we build the future?
Should fashion be moral, do they care, do you care?
Consider and research.

i. “Negative space - find the space free of architecture, something ‘In between’”
ii. We will research the place & make some assumptions.
iii. You will be given a charity concerned with welfare, well-being, bullying and self esteem.
iv. You will find a fashion designer to pair with the charity. Create a scenario for dialogue and reconciliation.
v. Look at textures, materials and the layers of the city. How is it dressed?
vi. Design a temporary place or machine, which reflects the aims of the charity using fashion, and the designer. To somehow to create a magical place where costumes, fashion and people come together, to communicate the ideas and aims of the charity in a profound and interesting way that can communicate to the wider society.
vii. Draw and construct.

Outcome. Exhibition quality physical model at 1:20 of proposal with associated drawings and research.

Project 2: Readdress the city
2nd Year – Reassess the notion of the shop. Combine secondary function to compliment this retail environment. Combine and re-invent its connection to the community, its need and relevance.
Sell - Another use.
3rd Year - Re assesses the role of fashion in our community, and reflect this contextually. Research the Fashion House, sweat shop and retail outlet. Re-introduce this to Petticoat Lane and connect it to the wider community.
Design - Make - Sell. 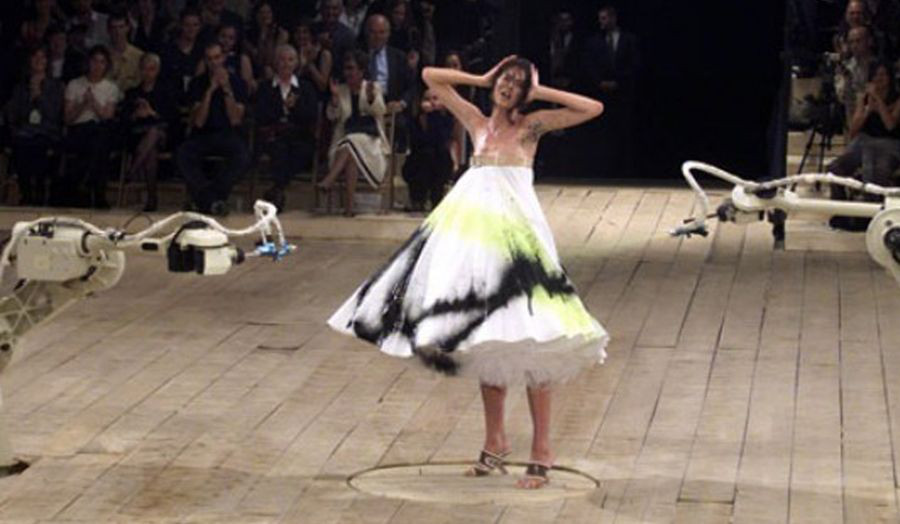