What happens when language interacts with space? What kind of a medium can writing be? What kind of things are words? How do words behave in spaces? How can a practitioner write 'with' their work?

This Dissertation Studio revolves around questions such as these. The seven weeks of programmed teaching will involve visits and study sessions reflecting on the role words play in the visual world, in performative space and in the urban environment. On words inside and outside of writing. These visits are aimed to stimulate conversation and critical discussion within the group.

Any dissertation topic will gain something vital and subtle from paying attention to writing as a medium, and to the forms of language that belong to its subject matter. The studio should also be especially relevant to students (from any subject area/discipline) interested in the following:

We will look at many different kinds of words in space - in visual art, on buildings, on the airwaves, echoing within buildings, running off printing presses, whispered in libraries, as well as on the page. Key names: Ed Ruscha, Samuel Beckett, Bruce Nauman, Marcel Broodthaers, the Speaking Clock, Art & Language, Bas Jan Ader, Eric Gill, the Shipping Forecast, amongst others. But this list will also include the research areas that you will be writing about, and the ways that language works within them. The libraries/archives to be visited are key resources in themselves, in addition to sites such as X Marks the Bökship at Matt's Gallery. 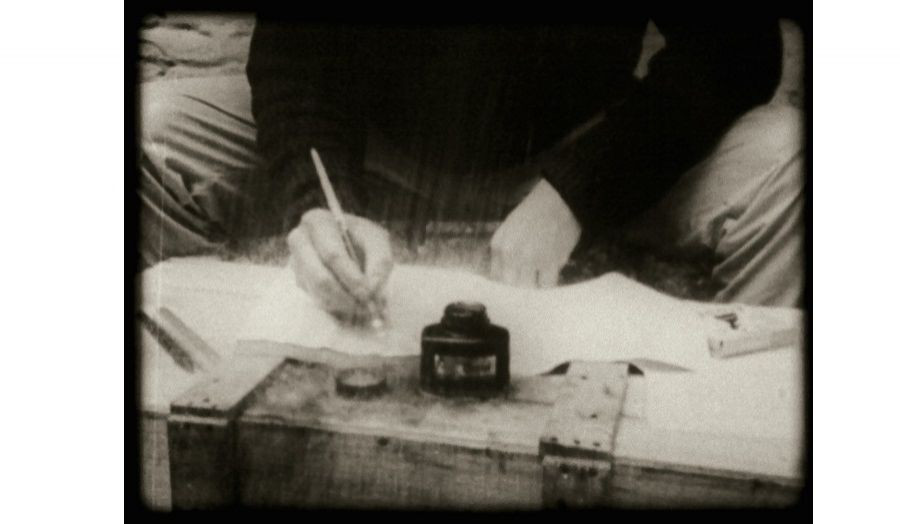