The focus for studio 1 this year remains the city and its public realm in particular. Together we will explore what architects can bring to the complex and collaborative art of city making. Design processes will start and end with the spaces between buildings, the void spaces that form the backdrop to the life of the city and can be enjoyed by all. We are more interested in making conversations between things rather than stand-alone objects.

The studio will be based in London. The challenge will be to transform an existing place into a public city space with a very specific character that people remember fondly and wish to return to. You will be searching for something we’ve termed city terroir. The word 'terroir' intrigues us because it’s rooted in a sense of place and time. It’s a French term normally used to describe the particular qualities of a wine through reference to the effects of local climate and geographical context but also the traditional know-how of the local people. Terroir is an emotive concept pertaining to ideas about culture and cultivation.

In her book ‘Hungry City’ Carolyn Steel points out that the London pub, the Parisian café and the Roman trattorias are all examples of urban terroir. The spatial qualities and atmosphere; the food and drink are all a result of their specific location and culture. We will expand this idea of terroir to think about city scale spaces.

You will be asked to identify and enhance the city terroir of an existing place through the introduction of a number of architectural elements. These will most likely involve adjustments to what already exists in combination with the introduction of infrastructural devices, surfaces and buildings of different scales, taking care to make good conversations between new and old.  The ambition is to give this moment in the city an appropriate civility and the ability to accommodate everyday uses with special occasions. The space should be practical, sociable and at times celebratory.

You will make precedent studies researching Urban Armatures to equip you with a shared larder of ideas to work with. Urban Armatures are infrastructures of varying degrees of permeability that provide a framework to support and sustain public spaces. We will also tour a number of mediaeval Bastide towns concentrated in the country side of South West France to experience a series of unique market squares. Through sketching we will investigate the very special dialogue that exists between the roofed timber hall structures, the market squares in which they are located and the surrounding buildings.

Accompanying us on this journey of design will be the theme of food. Food has been instrumental in shaping the pre-industrial city. The way in which food was processed, transported, stored, bought, sold and consumed within the city has influenced the scale and layout of important urban spaces since the first cities were founded.

The industrialization of food and the prominence of supermarkets today has reduced the visibility of food in the city and removed a profound component of life that brings vitality to our streets. The laissez-faire integration of generic commercial food outlets into many newly designed public spaces misses the point entirely. Food has the capacity to bring people together in physical space. In light of the increasing public awareness about what we eat and the issue of feeding cities, we see an opportunity to explore the potential of designing public city spaces that connect people more directly with their food.

Two early design projects will help you to explore these ideas and develop your own personal position. The first will look to combine the timing and spatial order of a meal with the idea of city. You will draw, model and possibly cook an expression of this relationship. The second will be a live design research project carried out in consultation with the friends of Arnold Circus. You will design a place for a public drinking fountain for the Boundary Estate and speculate on how this setting might evolve into a small inhabitable piece of architecture over time. 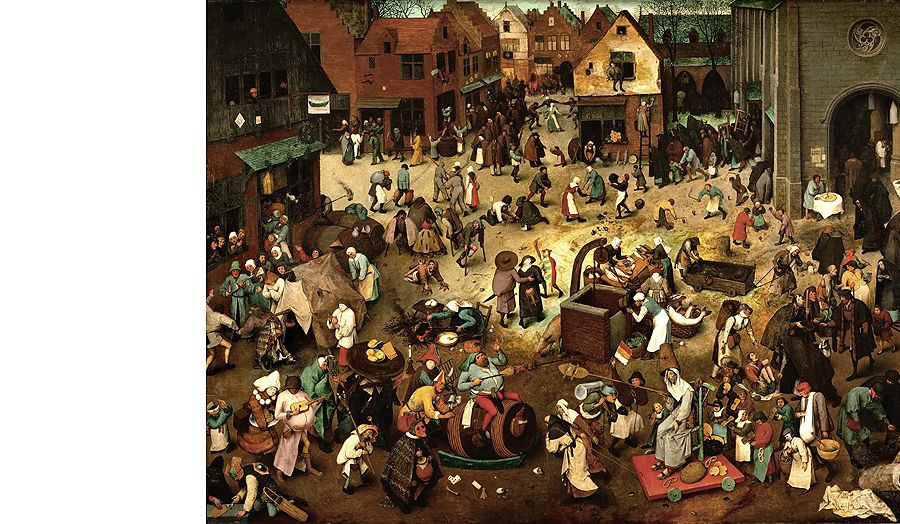