In 1948, the 26-year-old Hans Asplund was working in his first job as a newly qualified architect on the new UN headquarters in New York. His competition entry posted home for a new civic hall for the rural town of Eslöv in the south of Sweden won over more than 150 other entries. The project, when eventually finished in 1957 marked the high water mark of a finely detailed, spatially rich and expressive civic architecture. A mini-UN with podium, auditoria and administration block, the building was criticised at the time for its extravagance by more rationalist architects keen to set a more appropriately economical standard for state building. Asplund’s ‘de-luxe town hall,’ now listed, has been carefully renovated and is well loved and used by the citizens of Eslöv.

This somewhat precious approach may be contrasted with a recent project by Flemish office NOA Architects, who extended the Town Hall in Kortrijk in 2003 by stripping out an existing 1960s bank to its raw concrete shell and constructing an interior landscape within.

Although very different in their material approaches, both projects have architectural ambition, spatial generosity and a sense of collective endeavour. They are a manifestation of civic pride, a place where citizens can feel at home, but also one of negotiation with state power at the local level. In the United Kingdom today, local government is being cut down and outsourced, potentially to a ‘no frills’ budget-airline level of provision. What are the implications for continued investment in civic building and the nature of these public spaces when the very idea of the civic is under attack?

"Local government is not sexy. Voter turnout at local elections runs at about 40%, well below national elections. The TaxPayers' Alliance speaks for a culture in which the only admissible objectives for local government are refuse collection, street lighting, traffic management and rat catching. Local government should not concern itself with housing and educating its inhabitants, or sponsoring local economic vitality or trying to alleviate local social conditions.” [1]

This year we intend to explore public or civic space at the level of the local authority. Students will propose civic halls in towns near London. A building with space for serious matters, festive events, ceremonies and day-to-day affairs. But what is the nature of a public building? How is it different to say – an office building? At the scale of the urban down to the detail?

Our approach will be to initially explore this theme through a precise and detailed material study of civic architecture. To reference two phrases coined by Hans Asplund, we are are interested not only in the ‘Tradinnovation’ of Eslöv Civic Hall - to be inspired by past buildings and ideas as well as new materials and techniques – but also a tougher ‘Neo-Brutalist’ approach of raw materials and existing conditions.

For the year’s project we will employ an elemental approach to this ambitious brief, a reflection of the long period of development and accumulation of ideas and materials that Asplund’s town hall went through. Precise pieces of design work will be carried out towards the final resolved project.

These briefs will comprise:

The study trip will follow a parallel but related stream of research towards an exhibition in 2014 curated by the Studio 5 tutors in collaboration with the Swiss Embassy in London. The theme of this will be public buildings through the recent works of young Swiss architects. There will be a special emphasis on the public competition system that give these architects the opportunity to work on large public projects through design competitions. We will travel throughout the whole country (French, German and Italian speaking) to visit exemplary contemporary public buildings, discuss projects in development and meet some of their architects.

The research and work of Studio 5 has been compiled into a website: lmustudio5.com

We will continue our interest in precise materiality, atmosphere, structure and character. We will also continue our collaboration with architect and furniture designer Simon Jones on a full-scale making project that may become a generative or component piece of the final project. 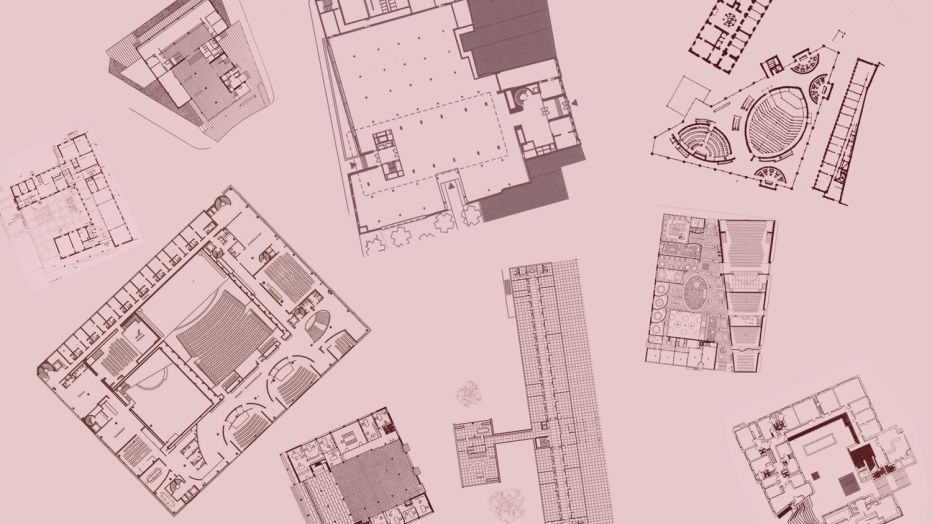