This year, Studio 4 will be looking at mass housing in the city and exploring the relationship that housing estates have with the public realm around them. We will be concerned with the territories beyond the private residence, and are interested in how communal landscapes and shared facilities can be a means of cultivating communities. Within the context of housing estates, we will create spaces for work that encourage activities of making and growing that enable city dwellers to engage in the ‘craft of cooperation’.1

Our site will be the Aylesbury Estate in South London, which when construction began in 1963 was the largest housing estate in Europe with 2,700 flats housing 10,000 residents. Half a century after Nikolaus Pevsner described the Aylesbury as ‘the most ambitious post war plan of any London borough’, the neighbourhood has since become the archetypal ‘sink estate’ and a symbol of the failure of public housing.  During the year we will speculate how to connect the estate to the surrounding city, through urban strategies that introduce recreational landscapes and reimagine the public realm. We will then go on to consider how the adaptive reuse of existing buildings and structures on the estate can create places for work that encourage a mix of uses amongst the vast swathes of housing.

We will compare and contrast a number of seminal housing precedents in London starting with the 1885 Housing of the Working Classes Act and the Boundary Estate (Owen Fleming). In the middle of the radially planned housing development rubble from the demolished slums was piled to form a circus crowned with a bandstand - a centrepiece for the neighbourhood that also contained a school, meeting-house and bath-house. We will also study pioneering modernist social housing projects such as Kensal House (Maxwell Fry and Elizabeth Denby) a development of workers’ apartments that included a nursery, community centre and allotments arranged around a shared garden to create an ‘urban village’.2

2.  The Development of Housing in Britain, Emily Greeves, British Council, 2008 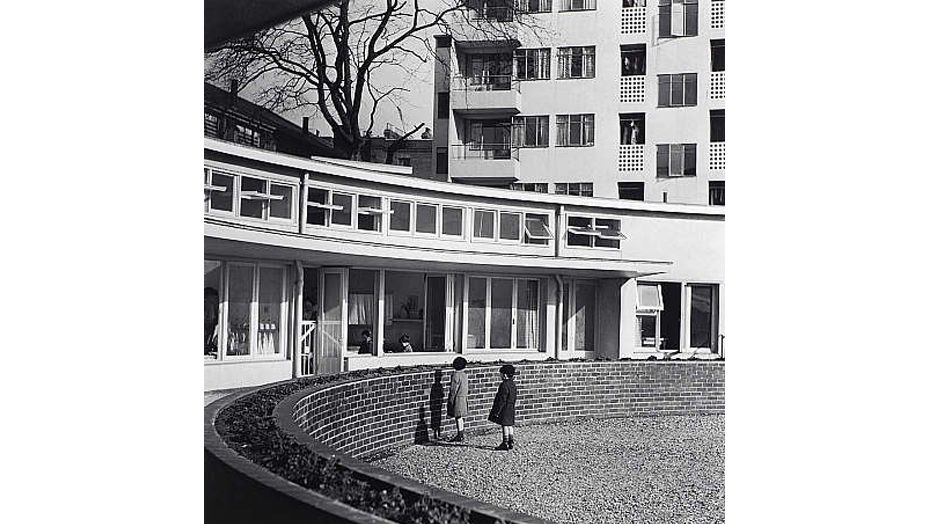