For London Met MBA graduate Rami Musa from Libya, Tuesday 15 February 2011 was the first day in a chain of events which would irrevocably set his life on a completely different path.

Tell us a bit about your background

“I come from a family background in opposition to Muammar Gaddafi, and until that point I had led a fairly restricted life and was hindered from attending certain events, mixing with certain people and pursuing specific careers which may encourage anti-Gaddafi, revolutionary activities. Despite the restrictions placed on my physical movements, I learnt to express my rebellion through the Internet and in particular social media. As a senior year student in the IT Faculty of Benghazi University, I and my fellow classmates were ideally placed to use our expertise to organise opposition to Gadaffi through social media in what has now been described as part of the Arab Spring.”

Rami tells us that the social media revolution played a huge part in igniting the protests which broke out in February 2011. These protest escalated into a rebellion that spread across the country, with the forces opposing Gaddafi establishing an interim governing body, the National Transitional Council (NTC). Having been highly educated with a high level of English language skills, Rami was a valuable asset to the NTC and was involved in numerous roles which helped to stabilise the country in the aftermaths of civil war.

What was your role in Libya after the civil war?

“I joined the media staff as the main translator to foreign journalists and consequently joined the Associated Press (AP) as Libyan correspondent. After a new Government was established in July 2012, I resigned from my correspondent position to work on the ground helping to disarm explosives and clear away the dangerous remnants of war. I also continued to use my English language skills and worked as a senior risk advisor for international organisations who sent staff into Libyan territory. For a short time, I also worked for the new Libyan Government Ministry of Transport before receiving news that I had won the Chevening Scholarship to study an MBA with Professional Development at London Metropolitan University.”

Through studying our Master of Business Administration, Rami hopes to learn about how entrepreneurship and private business can stimulate economic growth and support young Libyans to build their country back through long-term economic growth.

What do you hope to achieve on completion of your MBA?

“I am determined to tackle one of the fundamental and long-term hurdles in Libyan recovery; that of the reliance on oil as a source of national income and dependence on public sector employment as a source of family income. One of the fundamental problems facing Libya today is the fact that 70% of the population works for the Government and the other 30% are unemployed. We are also very reliant on international oil prices and therefore if the price of oil decreases, 70% of the population are in danger of not getting paid because the Government has no funds”.

On arriving in London for the first time, Rami was shocked at the fast pace of life and the amazing mix of nationalities, cultures and religions. He finds his course directly relevant to his interests and is very pleased with the content of the course modules which focus on practical learning which he can put into use once he returns to Libya. He has also been able to meet and network with organisations for business start-ups through various University affiliated clubs and societies.

Rami Musa has lived through an amazing transitional and revolutionary time. His direct involvement in the rebellion to the old regime and his active engagement in the new one has left a passionate motivation to play a central and fundamental role in how the future of his country progresses. London Metropolitan University is honoured to be able to support him in his mission to accomplish this. 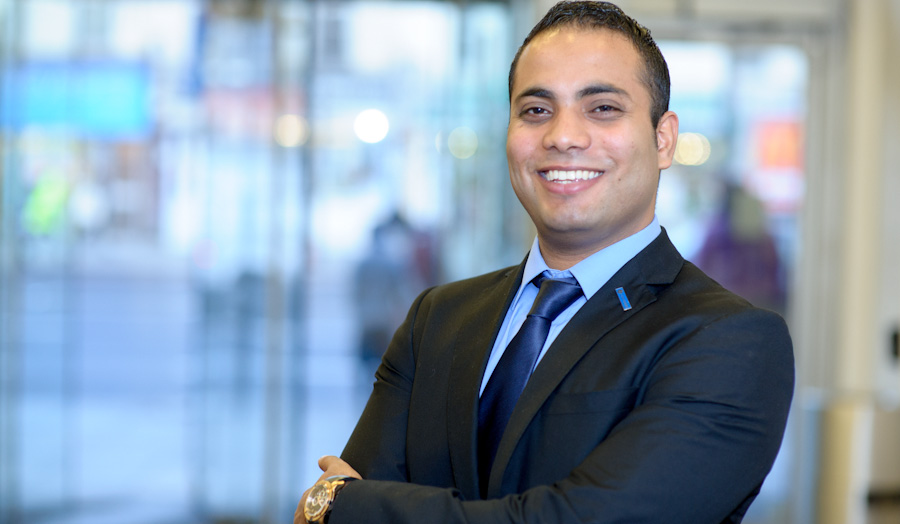