Peter Newby is a PhD candidate who currently conducts research to bring some clarity to the question of what constitutes contemporary Catholic Church design. Peter has been an ordained Catholic priest for 31 years, fulfilling a number of different roles such as Chaplain to Oxford University, Parish Priest in the City of London and now Parish Priest in St Margaret's on Thames and Chaplain to St Mary's University. Part of Peter's wider role is to act as chair to the Art and Architecture Committee that assesses potential changes in churches, tying up his interest in architecture and philosophy. 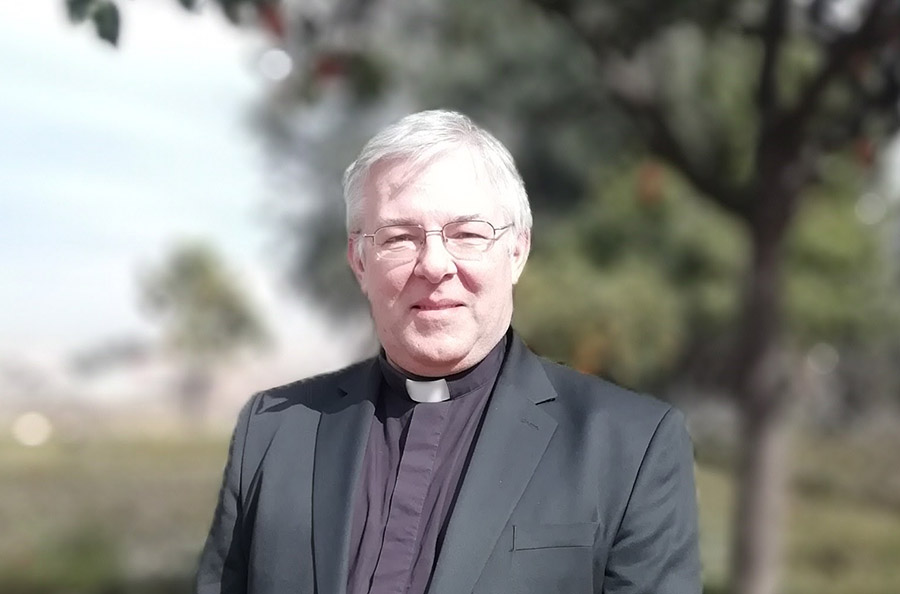 The question of contemporary Catholic Church design in the light of the historical precedent offered by the Churches of FX Velarde: Learning the lessons of the First Liturgical Movement.

The aim of the PhD is to help bring some clarity to the question of what constitutes contemporary Catholic Church design. The answer to this question begins with assessing the role of architecture in creating order through its ability to communicate a shared language of symbolic meaning. Searching for order within Catholic Church architecture will also involve issues concerning the Liturgy, and the relationship between myth and rite. The works of Gadamer, Dunne and Dupre will assist in this search.

The heart of the study will examine the work of Velarde (working 1920s-1950s) in the light of what has been explained above. Velarde created a coherent body of Catholic Churches that responded both to the then current developments of the Liturgical Movement, and the rethinking of the early Christian basilica. These architectural projects were part of a much larger movement of renewal taking place in the early to mid-20th century Catholic Church that has been described as ‘the vast sweep of Christian memory in its diverse theological, philosophical, literary, and artistic discourses’.

The research includes the study of Santa Sabina, a key 1920s restoration project in Rome, the early 20th century Early Christian revival Churches and the Churches of Velarde himself. The results of this thesis will help identify a largely unforgotten period of church building, the revival of the Early Christian Church design and the reworking of the basilica. The work of Velarde demonstrates that modern architecture can answer traditional questions of liturgical setting in a contemporary manner. The example of Velarde’s Church will help bring clarity to the current confusion in assessing schemes for re-ordering Churches as presented to the Catholic Church Art and Architecture Committee of which I am the Chair for Westminster Diocese.