Patrick Lynch is a practicing architect, researcher and London Met PhD graduate. He completed his PhD at London Met in 2015, entitled 'Practical Poetics: Rhythmic Spatiality and the Communicative Movement Between­ Site, Architecture and Sculpture.’ which critiques the comparison of architecture with sculpture as a question of static form-making. A version of this, Civic Ground, was published by Artifice Books on Architecture in 2017. 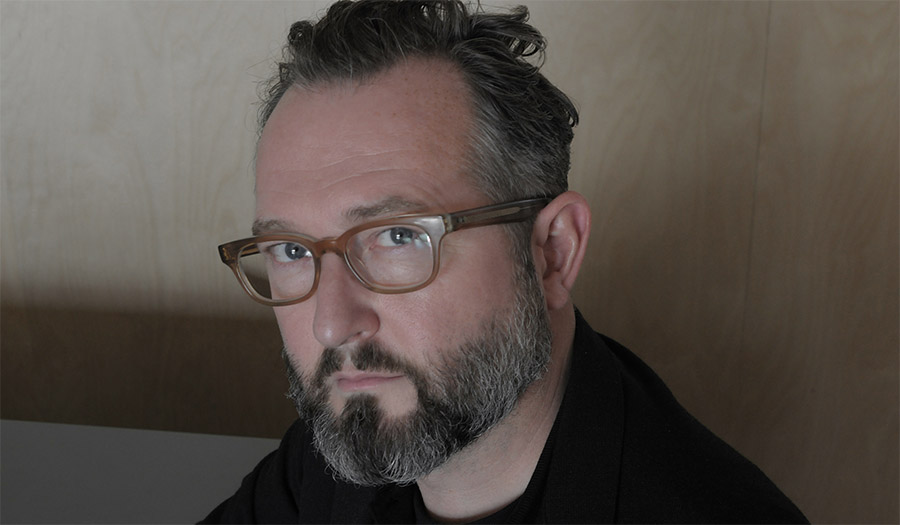 Patrick Lynch was born in Oxfordshire and studied architecture at The University of Liverpool 1987–1993. He holds an M-Phil in The History and Philosophy of Architecture from The University of Cambridge 1995–6, where he was supervised by Dalibor Vesely. He gained his PhD from London Metropolitan University in 2015, where he was supervised by Peter Carl, Helen Mallinson and Joseph Rykwert. Patrick represented Ireland at the Venice Bienalle in 2008 and Lynch Architects exhibited at Venice again in 2012, and at the Milan Trienalle in 2016.

His writing and design work has been widely published. Recent books include The Theatricality of the Baroque City (2011) and Mimesis (2015). Civic Ground, a version of his PhD, was published in 2017. He is a member of RIBA, The Art Worker's Guild, The Worshipful Company of Architects, and sits on Islington Council's Design Review Panel and RIBA Education Committee. Patrick is the editor and publisher of the Journal of Civic Architecture, which is published twice a year by Canalside Press. He established the press in 2018, from within the offices of Lynch Architects, and edited and published Still Beautiful by David Grandorge that year. On Intricacy, a book with and about the English architect John Meunier was published in 2020.

Besides being the founding director of Lynch Architects, Patrick has taught at the Architectural Association, London Met, UCD, Kingston, and most recently at Cambridge. He is currently an Honorary Professor at The University of Liverpool School of Architecture, teaches on the MA Landscape Architecture program at The Bartlett, UCL, and is supervising a PhD at KU Leuven.

Practical Poetics: Rhythmic Spatiality and the Communicative Movement Between­ Site, Architecture and Sculpture.

Abstract:
My thesis is that urbanity is a function of the communicative movement between the natural and social conditions of a site, as revealed in architecture and sculpture, and most clearly in their continuity. In order to deal with the effects upon modern design and architectural thinking of dead metaphors like 'technology, 'form' and 'space', I critique and reject their use in architectural discourse, by returning to the philosophical tradition of 20th century phenomenology – Husserl and Heidegger, Merleau-Ponty, et al – in order try to reveal the power of spatiality in 20th century thought, and its central importance to modern art and architecture. This led to new ways of making site-specific, topographic and spatial sculptures, and in some cases led to brilliant and urbane syntheses of architecture with sculpture – revealing the potential communicative depth of spatiality.

Central to characterising this communicative depth was recovering the cultural – rather than formal or picturesque – continuity of Renaissance and Classical poetics. Whilst the iconographic, social and political aspects of this continuity arc standard features of interpretation, far less noticed is the tradition of Eurhythmia. Rhythm was traditionally seen as an aspect of measure – therefore invoking justice (cf. Plato's Divided Line in the Republic) and mediation; and these animate a rich geometric poetics that is more profound than the usual understanding. A vital aspect of the character of urban spaces – arguably the most communicative of architectural settings – is the rhythmic characteristics of situations and the natural world that are revealed in urban topography and architectural physiognomy, and often articulated most emphatically in sculptures.

Crucially, the revelation of the structure of relationships between site, place, social life, the natural world, etc, which make up the architectural conditions for civic praxis, is the basis also of ornament and decorum in the arts generally. However, when architects confuse their work with sculpture – misunderstood as '(arm' rather than rhythmic spatiality – the philosophical and communicative potential of architecture is diminished. My thesis concerns the conditions of the possible recovery of this potential in urban terms.