Awarded an Honorary Doctor of Philosophy by the University in 2016, Mahamed Hashi is the co-creator of Brixton Soup Kitchen, a community space for people in desperate need.

The Soup Kitchen provides food, drink and companionship in a warm and friendly environment on a weekly basis. Since its foundation in 2013, the Kitchen has served over 25,000 meals, either eaten on site or distributed during food drop offs and outreach sessions.

Since starting the Brixton Soup Kitchen, Mahamed has received food donations from Pret A Manager, Greggs, Nandos, Satay Brixton, Marks and Spencer and media support from The Voice Newspaper and Channel 4.

Mahamed is extremely well known for his community work and holds a number of prominent positions on community engagement boards across London. In April 2013 the South London Press awarded Mahamed the Our Heroes Award in recognition of his work, and he has also been featured in the Independent on Sunday’s Happy 100 list and in the Evening Standard’s top 1000 influential list 2015. 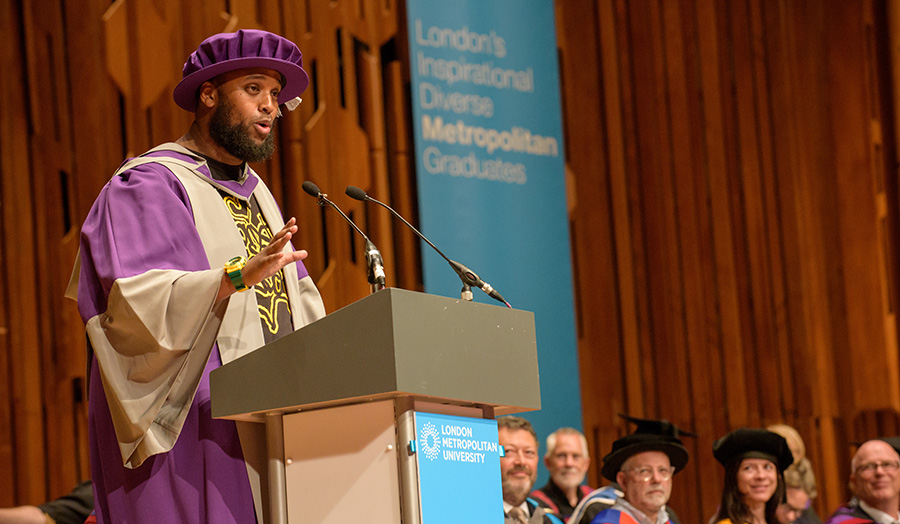