Dr Julia King is a British/Venezuelan Architect (RIBA II, AA Dip), urban researcher and London Met PhD graduate. She completed her PhD-by-practice within London Met's Architecture of Rapid Change and Scarce Resources (ARCSR) research group on a full scholarship which was awarded by the Water Trust Foundation. Her studies saw her carry out research through live projects, conducting workshops and venturing as far as Agra and Delhi, India. 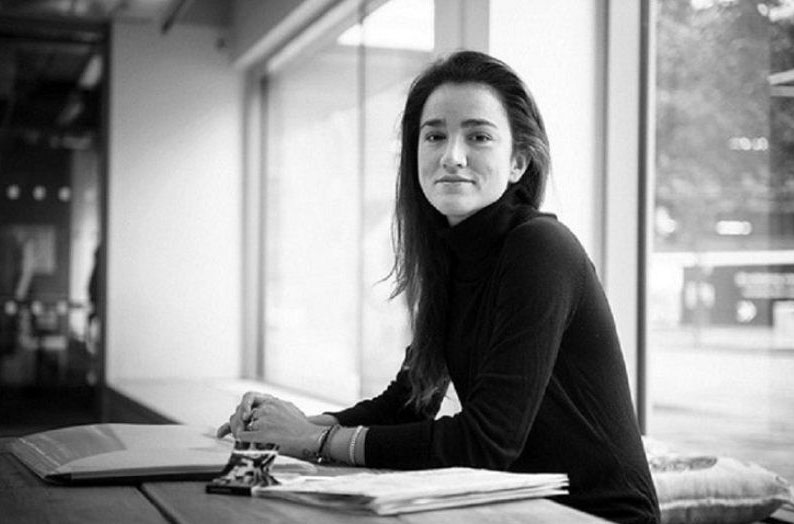 Dr Julia King studied architecture at the Architectural Association, London and received the Eileen Gray Bursary. Following graduation she was profiled in the press as one of the ten best graduating architects in the UK. Her dissertation ‘Autonomous Planning Strategies’, which explored the role of the architect in refugee settlements with a focus on a housing scheme on the Thai-Burma border for those displaced by conflict, was nominated for the prestigious RIBA President's Medal.

Julia obtained a full scholarship to pursue a PhD-by-practice within the Architecture for Rapid Change and Scarce Resources (ARCSR) research group at London Met. Doing a PhD-by-practice meant her research was embedded in live projects which were facilitated by an ongoing relationship between ARCSR and an Indian NGO, Centre for Urban and Regional Excellence (CURE). Her projects have taken her as far as Agra and Delhi, and involved working in a slum resettlement colony on the outskirts of Delhi called Savda Ghevra. During her PhD studies with us Julia ran various construction workshops, the largest being a decentralised sanitation system which delivered affordable infrastructure. The project granted 322 households (approximately 2000 people) access to proper toilets for the first time.

Since receiving her PhD, Dr King's work has expanded. Whilst focusing on sanitation it now also adresses urban microcultures, migrant street economies, and inclusive planning. She has been recognized in the ‘Next Generation’ category at the Holcim Awards ceremony in Singapore, an international competition that recognises innovative projects and future-oriented concepts. She was invited to the Clinton Global Initiative conference to present her project that develops ‘Local Building Centres (LBCs)’ in slum communities. Julia was also included in ICON magazines 'Future 50', a snap shot of 50 young designers and architects who are pushing the boundaries of their disciplines and trying to change the world.

Abstract:
This thesis studies how utterly marginalised people acquire acceptance or credibility – therefore participation – in the established civic and economic processes of a larger host municipality. In particular the significance to this aspiration of incremental house and city-making is explored. The primary vehicle of interpretation is Savda Ghevra, a large resettlement colony for people resettled from central Delhi, for which the author organised a central sewerage system, which in turn became the basis for a neighbourhood association with political influence. Incrementalism describes a process of city-making in increments – as materials, time, etc. become available – mostly through the [self-] building of houses which, in their later stages, can support commercial or other activities.

The main concern of this thesis is two-fold. Firstly it studies “shared incrementalism”, or the degree to which a commitment arises to a social and political context greater than an aggregate of individual houses. Secondly, it studies the role of making in creating the conditions for sharing, and with that, the roles of a visiting architect-researcher. On one hand, the constraints upon marginalised peoples are severe, and it is impossible to accurately assess the depth of commitment to both house and to a larger social and political order. On the other hand, it is evident that the opportunities for collaboration are volatile, constantly shifting, and that the virtues of solidarity are not necessarily accepted at face value.

The process of shared incrementalism is seen through the lens of Amartya Sen’s concept of ‘freedom’ in the context of global capitalism, which places stress on what he terms ‘capacity-building’. The term emphasises the capacity of an individual to escape poverty and acquire dignity, whereas this thesis studies not only how this might be achieved through shared incrementalism but also the conditions under which this sharing might be converted into long-term political solidarity. Accordingly, comparison is made between Savda Ghevra and older resettlement colonies that have been absorbed by ever-expanding Delhi. 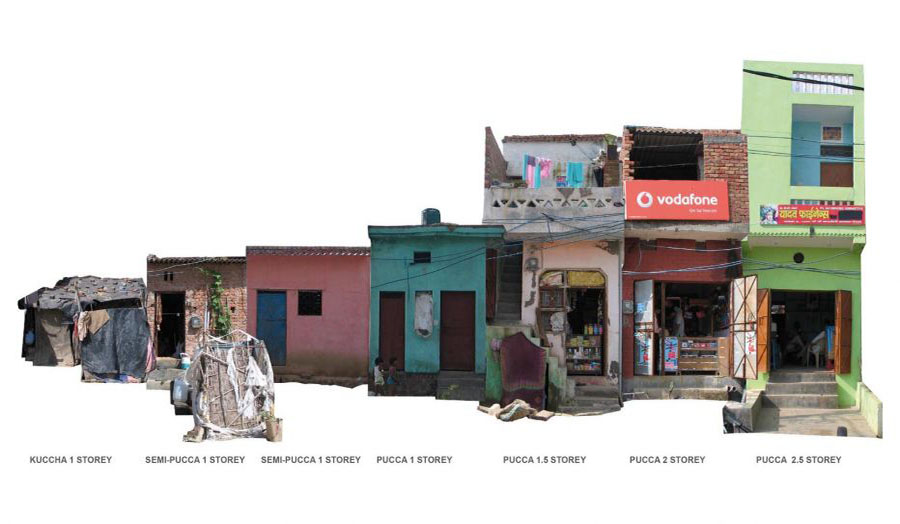 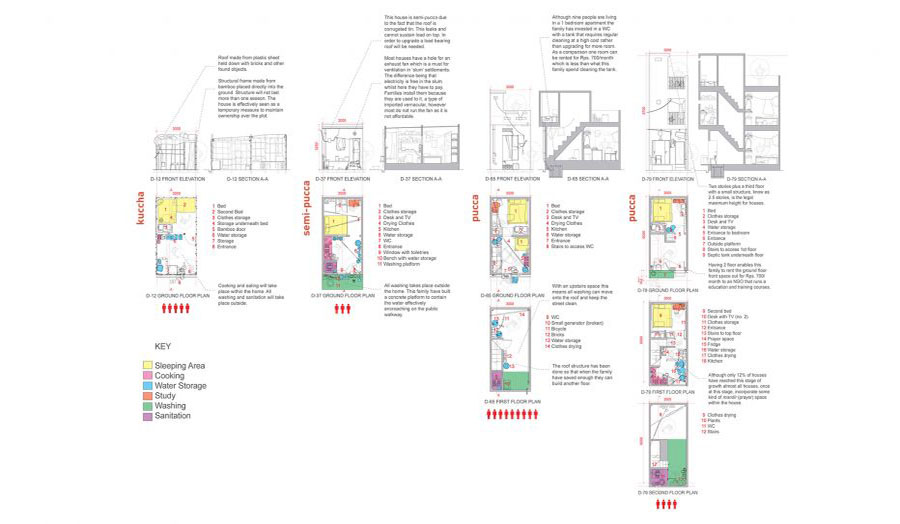 A study of incremental typologies 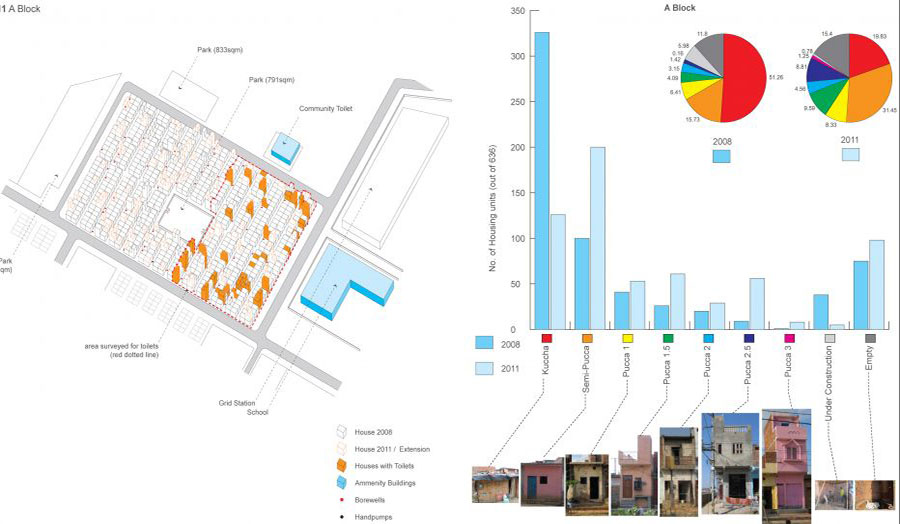 The practice of ‘incrementalism’ 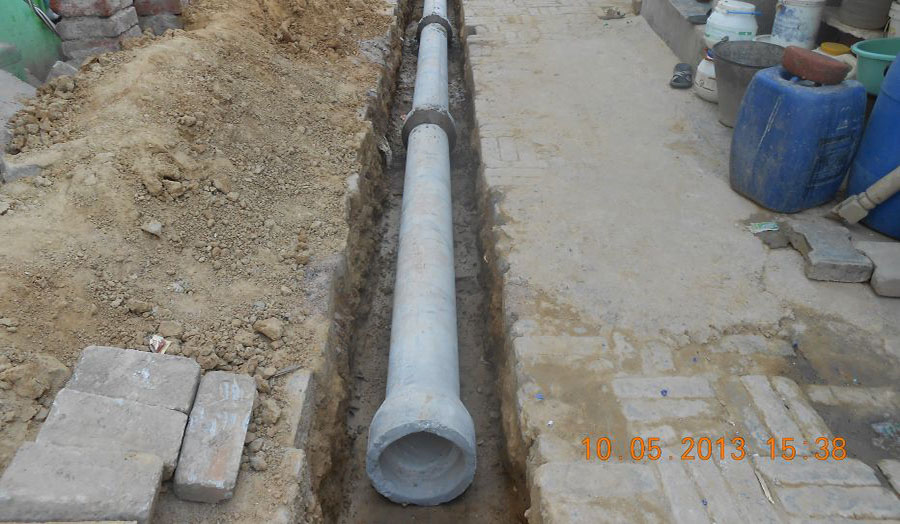