Parkour, which was officially recognised as a sport in the UK in 2017, is a passion for London Met graduate James Adams, who recently started his own Parkour Clinic. Having completed both his Sports Therapy BSc and Sport and Exercise Science MRes at the Uni, James also won the best student poster award at the British Association of Sport and Exercise Sciences (BASES) 2021 conference – BASES are the professional body for the industry. We talk to James to find out more.

Clearly you’re a huge advocate for Parkour – how did you get into it in the first place, and what makes you keep coming back to it?

I was just looking for something that would keep me fit and healthy as I was getting bored with the gym! I’d never really gotten on with a lot of the traditional sports and physical disciplines, mostly because I’ve never really been all that interested in competition, and so when I saw an article about Parkour classes in a newspaper it caught my attention. It was fun, it was different, it was challenging in the ways I needed at that time in my life, and most importantly, it was very social, with a great community of practitioners to get involved with. After a while I realised it had slowly become something that had enabled me to grow and change as a person, and I wanted to help others experience that in any capacity, so I made the decision to jump ship on my 9-to-5 and pursue coaching as a career, which later led me to university as a mature student.

As Parkour isn’t something that takes place in a gym or a controlled environment, did it pose some challenges to study?

Yes! In fact, that very point became one of the central questions of my master's research – how do you describe, measure and study a decentralised sport? Especially one that has very few (if any) objective measures, but is instead driven a great deal by the subjective and personal goals and challenges of the individual taking part? I can’t pretend that I have anything close to an answer, but I think just considering that question before undertaking any studies of Parkour is something that researchers should really strive to do.

You’ve also worked as a personal trainer and coach – can you tell us more about what you learnt from that?

The greatest thing I learnt from coaching is that the individual is the key. If you are coaching a group of people, and you can’t adapt your group plan to the needs of an individual within that group to make sure they remain challenged yet safe, tackling their own approaches to the obstacle while still feeling part of the greater whole, then you have failed that person. I’ve carried this forward now into both my therapy and teaching work – you can use all the data and general understanding of populations to inform your thinking, but at the end of the day, the individual is the key.

Did you get to work with London Met’s Injury and Rehabilitation Clinic?

Yes, working with the London Met Clinic was one of the highlights of my work experience during the therapy course! While my other work placements gave me great opportunities for learning, the clinic gave me the best understanding of the importance of sitting down and really listening, one to one, to a patient.

It sounds strange to say, but a highlight that really sticks with me is actually the first time I felt like I didn’t do a good enough job with a patient, that I’d let them down in some way (I mean, I was still learning!) What surprised me was the degree to which I felt that disappointment and how much I clearly cared about the help I deliver to patients under my care, and how it motivated me to improve my abilities as a therapist.

Can you tell us more about your research project and your award-winning poster presentation?

My project looked at the ground reaction forces – basically how hard the ground hits you back when you hit it – that occur when landing from a few common Parkour movements. What excited me most about the project as I did my preliminary research into existing Parkour studies was a feeling of this being new – as far as I’m aware, no study before had looked at the movements I was looking at, and I think only one other has in the time since!

That feeling of discovery and that I was adding something to the wider knowledge of the sport was incredibly rewarding. I’m just grateful to get a chance to share my little contribution, and hopefully it will give someone a springboard to their own study and new piece of information down the road in turn!

What were the high points of your two courses at London Met?

The people, both staff and students, that I met. In particular, and I’m probably going to make him squirm saying this, but I’m very grateful to Karl Grainger, who supervised me across both my undergraduate and master's research projects. His enthusiasm for and dedication to teaching is one of the main reasons I committed to the master's at London Met.

What was your favourite piece of sports science tech at the Uni?

I don’t know if "favourite" is the right word, but the piece of tech I became most familiar with was the force platform – the thing that measures those ground reaction forces I mentioned earlier. What I did grow to love about it is that it just spits out a whole load of numbers, and it’s then up to you what you do with those numbers. I’m a bit of a data science nerd at heart, so finding a way to just take this huge ream of nonsensical data and shape it into something that conveys some kind of meaning was very rewarding. Although it did also show me that you can make stats say whatever you want if you’re determined to be sneaky and underhanded, so I’m much more sceptical of numbers and data from other sources these days until I check them myself!

Were you a mature student? If so, did you feel like you received good support from the the University?

Yes, I went to university for the first time at 30 and graduated at 34. I actually found the experience very beneficial, as I doubt I would have found myself studying the course I did if I had gone at 18. I also found my ability to handle a lot of the common stresses of university life – deadlines, exams, early mornings – was much improved. I think my only concern was that I would be the old man of the class, but I was lucky that there were other mature students in my group, and even in the wider group no real age divide ever came up anyway. To anyone considering going to university as a mature student, I highly recommend it!

If you could describe London Met in one word or phrase, what would you say?

What are your future plans?

The Parkour Clinic I’m currently running is a free, online-only project I started to give something back to the parkour community after it gave me so much. I really recommend finding a community-focused project to anyone out there – you don’t have to give it much of your time to make it hugely rewarding. Beyond that, I’m hoping to be able to continue my parkour research – the sport is in so many ways still in its infancy, and for all that organic growth is an important element of its development, there are things we can still check out and improve, mainly around injury prevention and best coaching practises. Plus, we can ‘prove’ things in studies and then point to them with the wider world and say, “Look! See! We told you this thing was awesome! You should try it!”

Any top tips for anyone thinking about taking a sports science or sports therapy course here? 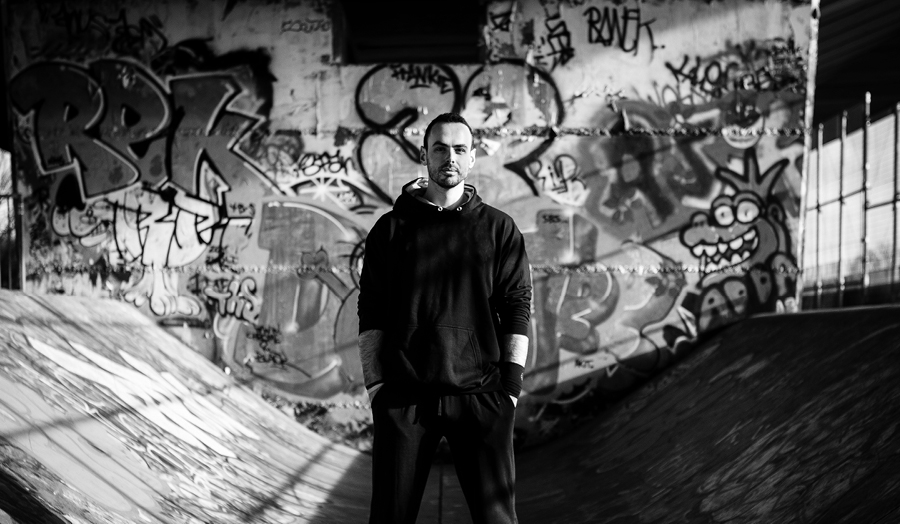 "I’m a bit of a data science nerd at heart, so finding a way to just take this huge ream of nonsensical data and shape it into something that conveys some kind of meaning was very rewarding."