Gerel Orgil has had a hugely successful career since graduating from London Met’s Mass Communications and PR BA course in 2007. Based in Mongolia, she is the founder and CEO of PR company East Maven, and was voted one of Forbes Mongolia’s rising Women Entrepreneurs in 2014, and one of their Top 30 Under 30 in 2017.

I understand you helped to launch Bloomberg TV in Mongolia whilst working as a producer – what was the biggest challenge of the project?

Switching my PR career which spanned over a decade to a senior newsroom role was a tough act, but having had previous experience of being exposed to all types of media organisations in the UK, I was able to transfer my experience and skillsets to managing news production for the premier broadcast channel in Mongolia.

The most challenging part in establishing a world-standard broadcast channel was to create our own brand of news production workflow from scratch and manage a team of over 30 staff, who had no prior experience in live broadcast.

You have built up a pretty impressive roster of clients with your PR agency East Maven – GREAT campaign, Porsche and One Championship to name a few, as well as promoting Mongolia as a nation. What has been your favourite campaign so far, and why?

Based in Ulaanbaatar, I never thought our company would one day be hired to manage a multi-sectoral campaign publicising Great Britain in Mongolia. The opportunity was given to us by the British Embassy in Ulaanbaatar in 2016. At the time, the embassy eagerly wanted to extend the reach of the GREAT global campaign to local audiences. Throughout our three-month campaign we enjoyed seeing great impacts such as the strengthening of the ties between our two countries beyond just diplomacy. It brought over 50 companies together in Mongolia, and later resulted in a 40% jump in UK visa applications submitted by Mongolians. We were told that our campaign update was even included in the weekly briefing of GREAT campaign advisors at 10 Downing Street.

How did your degree at London Met help prepare you for these global projects?

During my time at London Met, I took a number of courses that allowed me to study media and communications comparatively in the context of globalisation and cultural studies. I also appreciated that some of the course assessments often required us to work in teams, something that I was very new to at the time.

Overall, my entire academic learning experience has shaped me into an individual with an international mindset. The University itself is a breeding ground for diversity and multiculturalism – and having spent so many hours interacting with tutors and peers from different backgrounds, I developed skills that put me at ease with intercultural communications or relations. This is something that often gets overlooked by career specialists/hiring managers.

What made you choose London Met and the UK in particular as a study destination?

I came to the UK with a goal – to acquire a world-standard education, but most importantly, I wanted to live and study in London, more than anywhere else. So I narrowed down my UCAS offers to universities in London, and quickly figured that London Met was the best possible option for my educational needs.

Can you tell us more about any work experience in London?

I worked briefly for the alumni office. I also used the London Met student job board regularly, which helped get my first internship opportunity at a Soho-based PR company. Getting into the PR industry in the UK was a rare achievement for a foreign grad student, but fortunately, I was able to acquire six months of work experience before I graduated. This early exposure to the real world of PR helped me launch my career as a graduate talent straight out of uni. I knew that my degree had completely transformed me into a capable, highly independent young person ready to meet the professional world.

I enjoyed spending time in the library at the Holloway Road Campus and at The Rocket. I remember being inspired when I visited the Women’s Library as part of my Mass Communications course. I used the libraries not only to read books, but also to borrow tons of DVDs (complete with crackles!) dedicated to cultural/film studies. This is when I really grew my love for art films, and discovered my all-time favourite film director, Akira Kurosawa.

I was really surprised how my tutors were encouraging me to think big and think louder despite the grades I was getting. My final year at London Met really opened my eyes to a lot of new understandings. I know that it shaped me to think about things theoretically and analyse ideas to their very roots.

What did you love about living in London?

I appreciated everything that London had to offer me, a student with a pair of keen eyes and a curious mind. It filled me with joy, whenever I could explore grand museums, art and architecture, great restaurants and tons of gigs, festivals and comedy nights.

Did you find it easy to make friends at London Met, and have you kept in touch with any of them?

I have met students from all kinds of nationalities at the Uni, though socialising was limited due to my focus on studies – the majority of us had part-time work and internships after classes. I became very close to my current friend Doreen at uni because we both enjoyed a good academic debate.

What is your next step career-wise?

My experience running an independent PR firm has contributed a great deal to my personal and professional growth. I feel that now is a great time for me to take all my past learning to start training a great number of young, up-and-coming professionals. Hopefully, in five years’ time, I’d be seeing the PR profession taking a more ethical and creative direction and writing Mongolia’s modern-day story as a nation with lots to give to the world.

What advice would you give to London Met students hoping to be successful entrepreneurs like yourself?

The uni experience as a whole made me a highly aware individual with human-centric, socially progressive views, and to date, I like to call myself a social entrepreneur with a strong belief that one can balance profit with social impacts.

I am so glad that our Uni continues to invest in high-value facilities and offers a great variety of classes, often headed by tutors who are both modern practitioners and experienced academics. These ongoing changes are bound to improve the quality of the education provided by London Met, which I think is a little underrated at the moment. 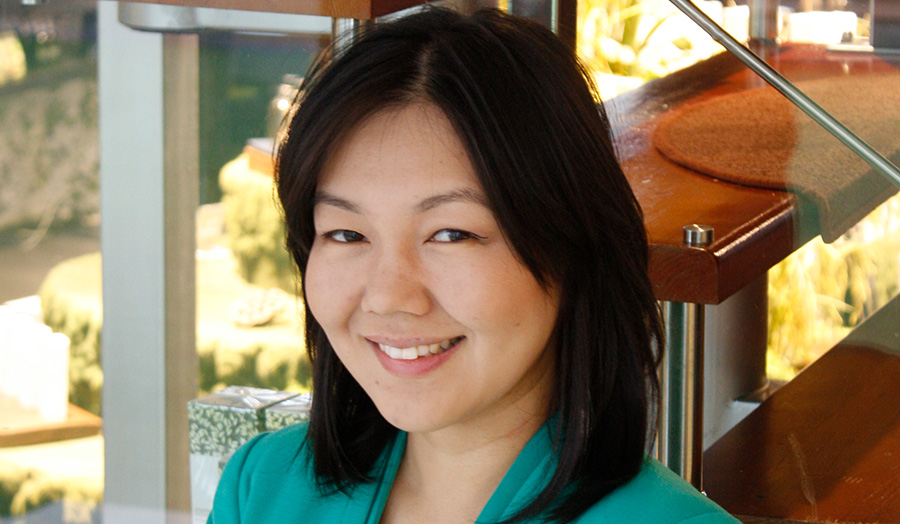 London Met runs a number of courses in media and communications, journalism, PR and marketing and writing. Check out the full course listings.