Rachael teaches on the Association of Master Upholsterers and Soft Furnishers (AMUSF) Modern and Traditional Upholstery courses, and has worked in various roles within the furniture and textile industry for 25 years. 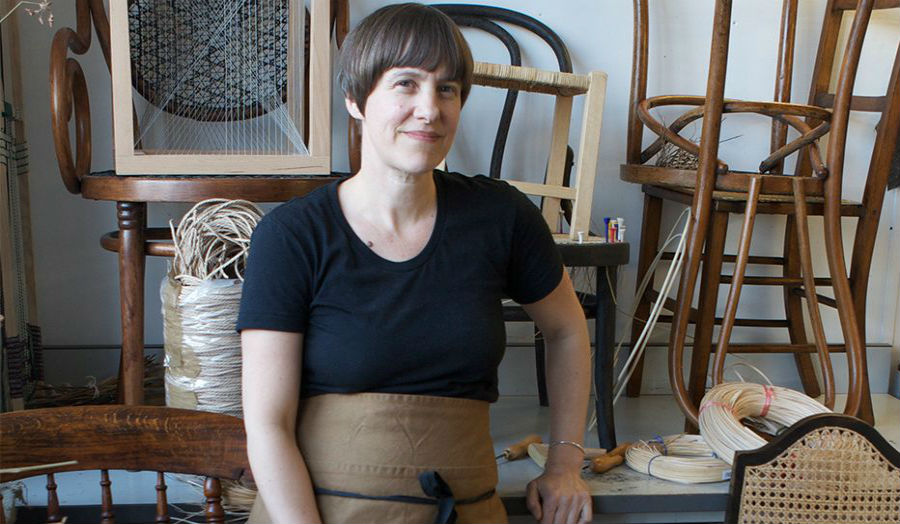 Rachael has worked in various roles within the furniture and textile industry for 25 years. Her father was an upholsterer and her grandfather was a chair caner so her workshop experience began with them.

Rachael studied a degree in Textiles Design and achieved First Class Honours at the London Guildhall University and then had a successful career as a bespoke tassel and trimming designer, working with interior designers and historical houses.

After taking her City and Guilds upholstery qualification at London Guildhall University (now the School of Art, Architecture and Design, London Met), Rachael worked for several upholstery companies before setting up her own workshop in Dalston, East London. She now employs four people who work to a high standard on traditional and modern furniture. As well as taking commissions, Rachael works with furniture and textile designers, larger companies and architects on furniture development and design projects.