Matt Gates is a AMUSF Modern and Traditional Upholstery short course tutor at The Cass. 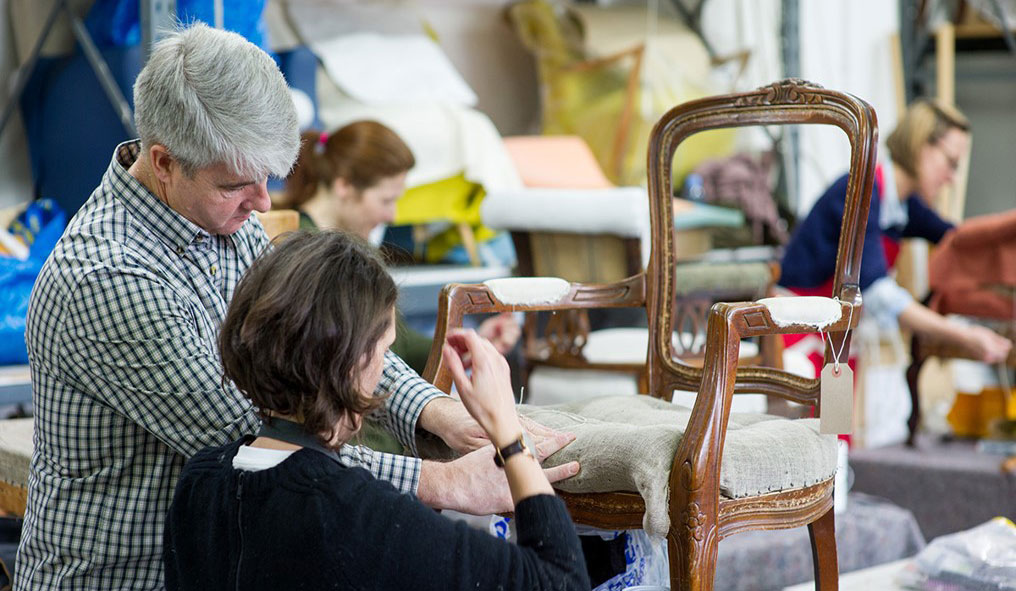 Matt is a fourth-generation upholsterer, following on from his great-grandfather, grandfather and then his mother, Dorothy Gates. Both his mother and his grandfather were presidents of the AMUSF (Association of Master Upholsterers) and his mother ran the Association for a number of  years.

Matt's father was a cabinet maker and so as a child, Matt was always in the family workshop. His brother and aunts are also still in the trade.

Matt started his training at 16 with a college course in musical instrument repair, going on to be a church organ builder apprentice. Soon after, he began an apprenticeship with his grandfather who wanted to teach him the upholstery trade. Eventually, Matt took over the family business when he was 22.

Matt has now been in the profession of upholstery for over 30 years, and teaching here over 20 years. He is a tutor for all level upholstery courses at The Cass.

Teaching and interests
Matt is a AMUSF Modern and Traditional Upholstery short course tutor.
Matt's other interest, which he caters for in his own business, Gatestone Upholstery, is car seat upholstery and trimming.
Contact Matt