How relationships changed in lockdown

A new study aimed to find out how confinement had impacted upon our domestic, work, social and leisure habits.

A new study, co-led by London Met’s Professor Louise Ryan, has found that the lockdown measures implemented during the coronavirus pandemic have acted as a ‘multiplier’ of inequalities, with those in the lowest income brackets most likely to be negatively affected. Gender and age were also found to be salient influences on how people have experienced lockdown.

The preliminary report, Life in Lockdown: the impact on inter-personal relationships, looked to uncover whether and to what extent personal relationships changed during the first period of lockdown, and how confinement had impacted upon domestic, work, social and leisure habits. Together with colleagues from the Universities of Manchester, Nottingham and East Anglia, Professor Ryan surveyed nearly 1000 people in the UK.

The authors said that, "There is a prevalent narrative that the coronavirus pandemic is a great leveller and 'we are all in this together.' Indeed it does seem that the virus does not respect wealth or privilege, as Hollywood stars (Tom Hanks), political leaders (Boris Johnson), royalty (Prince Charles) and world champions (Lewis Hamilton) succumb to its effects.

"However, it would be simplistic to assume that the pandemic and its associated restrictions impact on everyone in the same way. There is mounting evidence of the salient influences of gender, class, age and ethnicity in how the pandemic is experienced across society and how it is acting as a multiplier of inequalities.

"For some, the lockdown may have afforded an opportunity for a reduced pace of life and a chance to spend more time with loved ones. But it is apparent that some relationships have deteriorated including among those who share a household, particularly partners, as well as with friends outside the home. However, it is also the case that new relationships were formed, especially with neighbours.

"Overall, we have found that most respondents to our survey reported decreased levels of life satisfaction, especially those in the lower-income brackets. Furthermore, for those with children at home, and who are working entirely at home, the lockdown resulted in having less free time.

"It should be noted that the first national lockdown in Spring 2020 coincided with a prolonged period of unusually warm, sunny weather. Subsequent lockdowns have taken place in Winter 2020-21. Moreover, the infection rates and death rates have been far higher in the second wave of the pandemic. Therefore, we now plan to undertake a follow-up survey in winter 2021 to assess how our respondents are feeling during the current lockdown and whether the relationship changes observed in the first survey have endured over time." 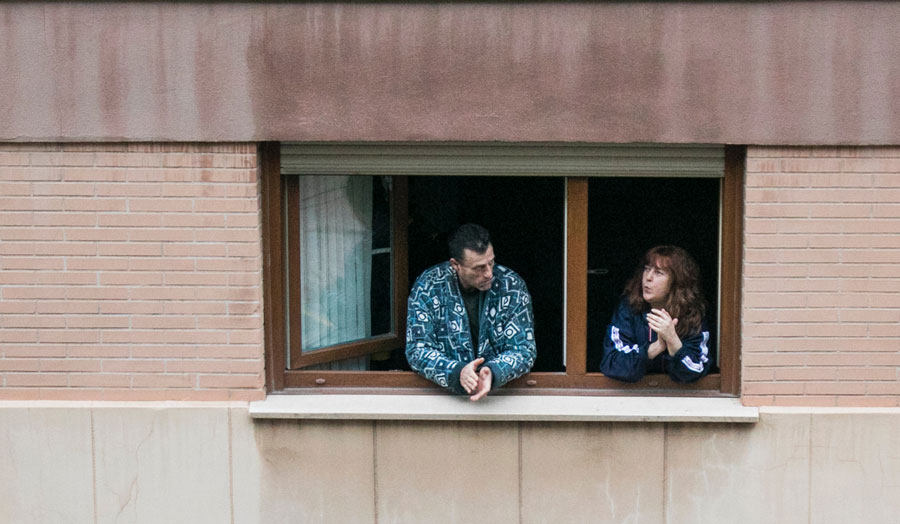