Man United in Pidgin (MUIP), established in 2015, is a social media account providing its followers with the latest news and commentaries on Manchester United Football Club (MUFC). However, what sets MUIP apart from the plethora of football-centred social media accounts is that its content is written solely in Pidgin English, a lingua franca spoken throughout Western Africa.

Wally Shannon Mbassi Elong, a PhD candidate in Media and Communications, has made MUIP the focus of his research. He has investigated the idea that discursive resources that are used to connect West Africans in leisure activities, such as football and football discussions, penetrate social media via accounts like MUIP, uniting West Africans from various backgrounds and building a West African online identity.

Wally said: “The research covers four major areas of analysis: sports fandom, social media, globalisation and cultural identity. It addresses two questions: which discursive resources are used in MUIP’s tweets? And how do these assist the construction of a West African online identity among its followers?”

In order to answer these questions, Wally has used two primary research methods, with a third method in the works. Up to this point, Wally has conducted an interview with the creator of MUIP, and a study of the Twitter account’s followers through an online survey.

The aim of the interview was to explore the experiences and views held by the founder of MUIP, and the meanings and representations they seek to bring to the followers of the account on Twitter, and to Twitter in general.

“The semi-structured interview focused on a few topics,” said Wally. “MUIP founder’s identity; the overall concept and vision for MUIP; the history of MUIP; how MUIP operates; and who the main and secondary target audiences are.

“After the interview, I conducted the online survey, with the aim of identifying and quantitatively describing the socio-demographic characteristics of MUIP’s Twitter followers, as well as their link to football, MUFC and Pidgin English. The survey reached 441 MUIP follows, with 100 of those followers completing the survey.”

The interview with MUIP’s founder revealed that he can relate to more than 69,000 people that are, according to him, found in Nigeria, Ghana, South Africa, a couple of other African countries (Cameroon, Gabon and Sierra Leone), and some countries outside of Africa such as Austria, France, the United Kingdom, the United States of America, Germany, Lebanon, Ukraine and the United Arab Emirates.

“He reconstructs and conveys aspects of his identity on Twitter,” said Wally. “He is an educated Nigerian, with a busy professional career, an MUFC fan, and fluent in both English and Pidgin English. He aims to make and circulate his own meanings and systems of representations to the digital public sphere, with the desire to expose Africa to the world and cater to those who, like him, are MUFC’s fans from West Africa and are fluent in Pidgin English.”

The survey revealed that most of the 100 respondents are young, male and Nigerian individuals, living mainly in urban areas in 13 countries. 90% of the respondents hold at least a university undergraduate degree and are mostly fluent in Pidgin English. The survey also revealed that MUIP’s followers chose to follow MUIP because of the quality of its content, the sense of identity or belonging the content created, and their love, or rather fandom, for MUFC and Pidgin English.

What does this tell us?

Wally concludes that MUIP is a specific and successful adaptation, or glocalisation, of both MUFC and the Premier League to MUIP creator’s own culture and to similar cultures. Wally says: “MUIP has created a real sense of identity within a cyber-community. It has formed an environment similar to a Football Viewing Centre, where matches and activities are covered online, thereby creating virtual stadiums that provide entertainment and socialising platforms to Nigerian and West African MUFC’s fans and Pidgin English Speakers.

“MUIP is an open window to Premier League, and a space where a regional and continental community can be formed and exposed to the world. MUIP’s followers are actively involved in the creation of an online culture, having developed a significant emotional attachment to MUFC and its players. The use of Pidgin English to communicate specific cultural meanings to its followers enables those followers to form knowledge about themselves and the world in which they live.”

Wally is currently undertaking a discourse analysis of the tweets MUIP publishes, looking at the speech acts within the tweets, the rhetorical features used, and the interactions with the tweets. Wally says that this involves, for example, ‘an investigation of the personal pronouns, impersonal grammar and metaphorical forms used.’

His research won the Best Student Paper Award at the London Metropolitan University Research Student and Staff Conference: Between Tradition and Innovation, which took place 14 and 15 July. 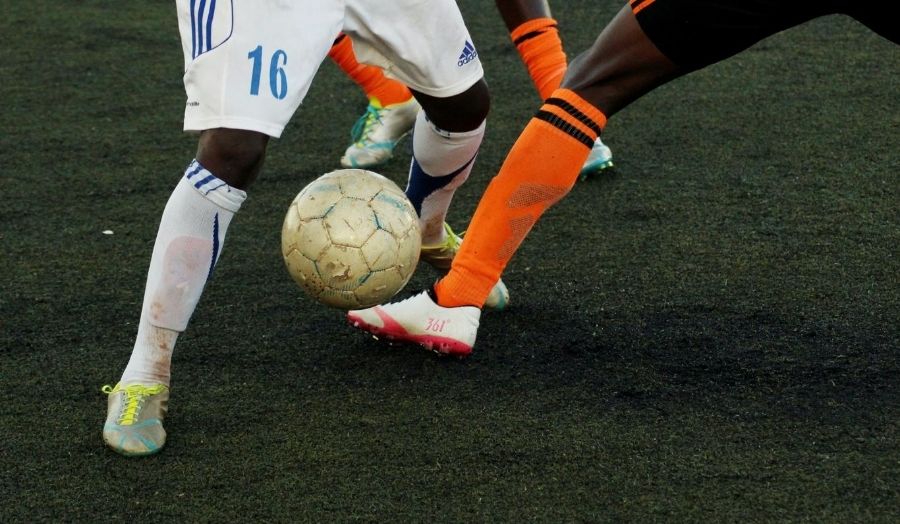 The term glocalisation refers to a service that has been developed to meet its users' needs, at both a local and global level.